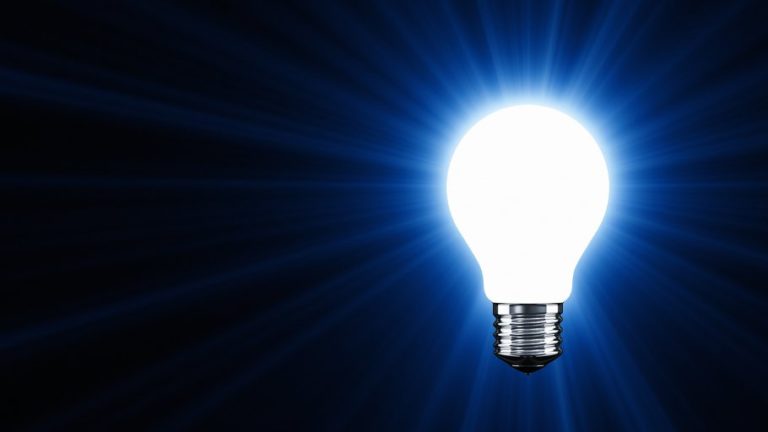 A Jewish perspective on understanding the nature of the divine element that exists within man.

The Torah relates that mankind acquired a soul – a neshamah – when God “breathed” it into him at creation.

“And God formed man from the dust of the ground, and He breathed into his nostrils the soul of life, and man became a living soul (Genesis 2:7).”

Why does the Torah use this peculiar imagery of breathing to describe God’s granting to man a soul?

Our Sages explain: “One who breathes, breathes from within himself.”1 Breathing requires one to exhale air from deep within themselves. When the Torah states that God “breathed” a soul into man, it teaches us that God gave over to man something of Him, so to speak. The breath of God imparted to man a spiritual, transcendent, and even God-like essence.

The abstract idea of a divine element existing within man is hard to understand in concrete terms. Therefore, our sages utilize borrowed terms – such as divine “light” or “energy” – when referring to this divine element in man. When the divinity of man’s soul is actualized, illuminating an individual with divine light, man is referred to as “holy” or “sanctified” (kadosh). Holiness exists when the divine is revealed in a physical entity.

The divine energy of man’s soul is so intense, so spiritual, so other-worldly, that it is not able to fully reside within man’s physical being. It is simply too overwhelming for a human body to contain. For this reason, only a small amount of man’s soul resides within him. The rest remains outside or “above” him.

Man’s potential for spirituality is far greater than he senses.

This means that man’s potential for spirituality is far greater than he senses. Like the deceptively small tip of an iceberg that barely protrudes above the ocean surface yet hides a huge mass of ice below, man’s divine soul barely finds a foothold in man. The lion’s share of its divine light remains beyond man’s reach, its power and illumination imperceptible to man himself. (Nonetheless, all of the divinity of man’s soul is part of him. It is given to him from God, and is part of his personal identity, even though a large segment of it does not actually enter his physical body.)

Yet, the allocation of the divine soul is not stagnant. It is possible for man to increase the flow of divine energy into his physical being. When this occurs, man becomes more spiritual, more holy, more divine. The same is true in the opposite direction. The divine energy of man’s soul can flow out of his physical body. This makes man less spiritual, less holy, and less divine, as the soul’s energy returns to the reservoir of divine energy that exists outside of him, concealed from the physical world.2

Due to this relationship between the part of man’s soul that exists outside of him and that which resides within him, the Sages describe the soul as containing three parts.

On the other extreme is the “highest” part of the system. It is the reservoir that contains the part of man’s soul that is unable to enter him due to its intensity and his inability to house it. It is called Neshamah, a term already used for the entire system.

The final part of this system is the agent that links the two other parts. It is the channel that connects the vessel within man that can house divinity with the reservoir of divinity that is concentrated outside of man. In other words, it is the “pipe” that allows for a flow between the two parts of man’s soul. This facilitator of divine flow is called Ruach.

The classic parable for this system is an oil candle.

Together, the oil, wick, and fire produce a lit oil candle, representing the successful flow of divine light into man and resultant illumination of his physical self with spirituality, holiness, and divinity.

Increasing the Flow of Divinity

The amount of divine light that can enter man and reside within him is dependent upon man himself. When man begins life, he has a greater identification with his physical being and is, by nature, a foreigner to holiness. Therefore, only a very small amount of divinity can initially enter and reside within him. But through great human effort, man is able elevate himself and upgrade his inner receptacle for divinity.

The amount of divine light that can enter man and reside within him is dependent upon man himself.

It is important to remember that for man to introduce more divine light into his physical self, he does not have to “create” divine light. The light of his soul was already given to him and is waiting to flow into him. He must simply make himself into a better vessel for containing it.

Let us consider an overly simplified parable (from an electrical standpoint) of an electrical system in a home. In our parable, the physical body is compared to a darkened room. The light bulb that is in the room is part of the room. Outside the room, there is a source of electricity, such as the local power station. Between the light bulb and the power supply are electrical wires that bring power to the light bulb and light to the room. If a person uses very thick wires, the flow of electricity from the power source is great. If the wires are thin, the flow of electricity, and resulting light, is less.

Man’s mission is to work on his “pipe” (or in our parable: the capacity of his wiring), and to increase the flow of divine energy into himself. Through increasing his capacity for divine energy, man is illuminated with more divine light and emerges as a more spiritual being. As this occurs, man begins to change his purely physical existence into a spiritual, holy, and divine-like existence.

This is the Torah’s commandment to man (Leviticus 19:2): “You shall be holy.” Man is charged to continually seek to increase the amount of divine light that can reside within him, and through this increase his level of spirituality, holiness, and divinity.

1. Sefer Ha-Peliah s.v. שאל משה, See also Ramban’s commentary on Bereishis 2:7; R. Moshe Cordevero’s Shiur Komah, chap. 51; and Likutei Amarim Tanya, chap. 2.
2. The foundational concepts in this article are found throughout Jewish literature, but are discussed most directly in Hassidic thought. A brief introduction to some of the basic concepts discussed here can be found in R. Kalonymus Kalmish Shapira’s Sheloshah Maamarim, maamar 1.

From the Desert to the Holy Land - Current Events and Kabbalah: Part 2