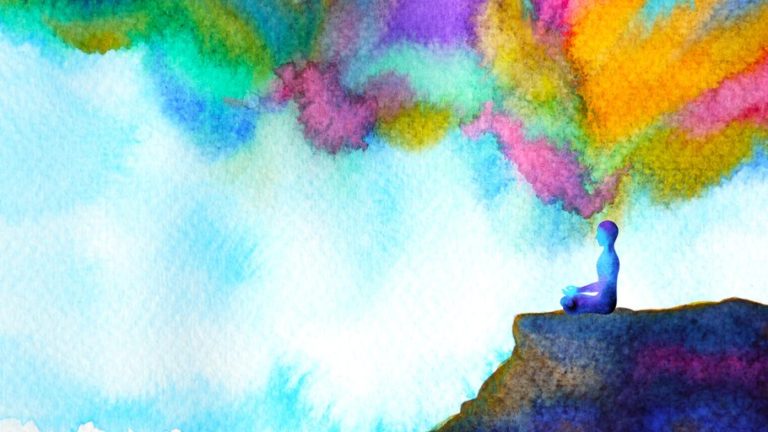 Spiritual achievement is only possible if man utilizes his intellect and acquires a degree of philosophic depth, emotional sensitivity, and moral sensibility.

Additionally, man is able to engage in abstract thinking. Due to this ability, man can operate on a theoretical level and engage in mental imagery. He can transcend superficial perceptions, anticipate results, and identify underlying principles in the world around him.

Man is elevated because he can consciously form abstract thoughts, and through this, “understand” underlying concepts and “conceptualize” theoretic realties.

Man’s utilization of this unique capacity expresses itself in various realms. Let us briefly explore three primary expressions. First and foremost, man’s abstract thinking is expressed in his ability to ponder things from a philosophical perspective. He can seek to understand the significance of various events and uncover deeper meaning in the things he encounters. Philosophic thought also provides an opportunity to acquire self-awareness. Philosophic thinking patterns lead man to contemplate the meaning of his life and give him the tools to consider the nature of his own existence. Man is not only able to observe reality, but he can also ponder its deeper meaning.

Part of man’s ability to see beyond the superficial is reflected in his perception and appreciation of excellence, majesty, and beauty. Man is able to see people, events, and objects in greater contexts and appreciate their qualitative value. As a result, man can seek out excellence, majesty, beauty, and the like, and attempt to create for himself an environment that will reflect those ideals. Due to this form of intelligence, man experiences life in a way that is far richer and deeper than that of the animals.

A second expression is man’s emotional intelligence. Although animals have emotions and passions, they are largely instinctual and not calculated. Animals can emote, but only mankind is endowed with the ability to understand emotions. Man can detect others’ feelings and appreciate them, and also relate to complicated emotional experiences. He can decipher fear, pain, and joy, and respond with words of reassurance, empathy, or shared excitement. Man can also manage his emotions &ndash at times allowing them to manifest themselves and at times suppressing their expression.

Lastly, man is endowed with moral intelligence. This form of intelligence enables man to understand concepts such as justice, kindness, cruelty, and respect. Moral intelligence facilitates appreciation of noble character and self-control, as well as contempt for lowly behavior, moral decadence, and excessive indulgence. Utilizing moral thinking, man is able to learn to identify right from wrong and is empowered to make moral judgments.

Spiritual achievement is only possible if man utilizes his intellect and acquires a degree of philosophic depth, emotional sensitivity, and moral sensibility. Development of the mind and the acquisition of moral virtue are absolute necessities if man is to transform himself into a vessel for increased divine energy and light.

The utilization of the mind to acquires philosophical, emotional, and moral wisdom is not enough if man wishes to become a vessel for increased divinity. Man must also live by the wisdom he has acquired.

Man’s intellect might teach him emotional wisdom, but man must also take steps to implement that acquired wisdom. Hence, man must not only learn to identify emotions and understand the influence they exert in human interactions, but he must also train himself in how to relate to emotions.

Similarly, after man acquires moral wisdom, he must engage his free will to then make moral decisions: choose right over wrong, choose justice over injustice, and choose kindness over cruelty. It is not enough for him to clarify moral truths; he must also live by moral truths. In the realm of philosophic wisdom as well, if man’s philosophic thought leads him to a deeper perspective on life, he must figure out concrete ways to implement that knowledge and live a deeper existence.

The more man uses his mind to acquire wisdom and implements that wisdom in his life, the more of a vessel he becomes for heightened spirituality, holiness, and divinity.

Mystical Roots of Tu B'Av
What Makes Eli Run?
The Tyranny of Materialism
Science Enters the Mysterious Inner World of Consciousness
Comments
MOST POPULAR IN Spirituality
Our privacy policy