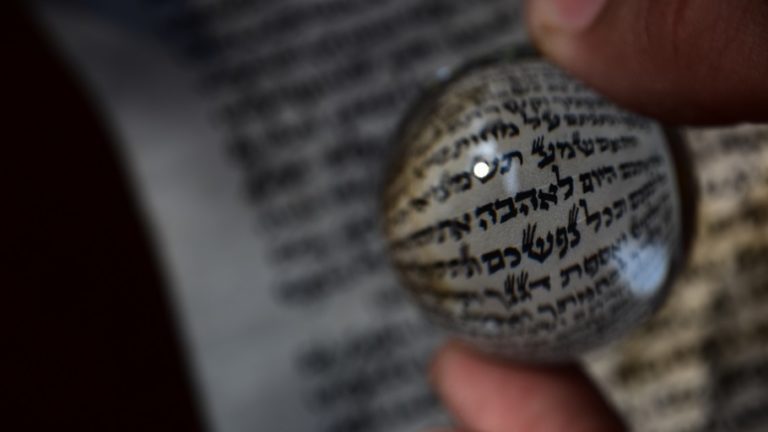 The blueprint of the universe is the key to understanding reality.

God created man with a divine soul which grants man tremendous intellectual abilities. Through utilizing his in-borne intellectual faculties, such as intuition and rational insight, man can access and acquire wisdom.

In fact, man’s mind, operating on its own, can acquire significant amounts of wisdom. One path is through the contemplation of nature. A thoughtful observer of nature will gain great insight into the world around him. The Talmud suggests that even certain moral and emotional wisdom can be learned from contemplating nature, such as modesty from the cats and chastity from doves (Eruvin 100b).

Beyond observing nature, man can also gain great insight by studying his fellow humans and the history of mankind. Analysis of human beings and their cultures can lead a person to emotional, moral, and philosophic wisdom. Not surprisingly, we find people in all cultures who are ethical and moral, possess emotional sensitivity, and have acquired deep philosophic perspectives on life. The products of the human intellect in its search for wisdom can be found in the innumerable works of science, psychology, philosophy, and other related fields that line the walls of libraries. Since the very beginning of time, humans have used their minds to seek out wisdom and have recorded their findings to share with the rest of humanity. Mankind is blessed to have access to these works, and their study will enlighten man with wisdom.

The Truth of Torah

However, the ultimate wisdom is that which conforms to the absolute truth and teaches man to know reality as it really is. The great 10th century Jewish scholar R. Sa’adiah Gaon writes in the introduction to his Emunos Ve-Deos that living a life based on the truth of reality is the hallmark of a truly elevated person.

But in our world, truth is elusive. Our Sages teach that the Hebrew word for “world (olam)” comes from the same word as “hidden (ne’elam),” for truth in our world is often hidden and not immediately perceptible.

Indeed, one who seeks wisdom solely through studying nature or through the analysis of people and cultures will often arrive at errant conclusions. Unfortunately, history is replete with brilliant men who wreaked pain and destruction on the world due to their mistaken perceptions of reality and their errant understandings of moral and ethical truths.

What field of study provides man with the absolute truth of reality? What wisdom ought man pursue if he wishes to truly live an elevated life?

Jewish tradition teaches that Torah study is the most valuable pursuit of wisdom because only the Torah teaches the absolute truth and leads man to the most correct perceptions of reality. This is true, for example, in the realm of ethics and morality. Left to their own devices, human minds throughout history have arrived at different moral “truths,” with cultural relativism and other eternal influences dictating what is just and what is not. However, the teachings of the Torah define the objective truth of morality because they stem from God -- the Infinite source of truth and reality. Understanding and internalizing the Torah’s definition of what is “just” and what is “right” sharpens one’s perception of the truth, as it directs one to true morality.

In addition to moral wisdom, Torah study also teaches man emotional wisdom, such as when anger is valuable and when it is to be abhorred, and philosophic wisdom, such as the meaning of life and how one can achieve fulfilment and happiness.

Consider a person who never studied astronomy and erroneously thinks that the moon randomly disappears and reappears throughout the year. This perception is understandable, but wrong. Only one who has learned basic astronomy knows that the moon only appears to disappear, and that the process of waxing and waning follows a distinct pattern that can be understood and calculated. Similarly, one who studies Jewish theology and arrives at the truth regarding death and the afterlife acquires a true perception of the metaphysical reality and sees in death a divinely ordained event that is one stage in a larger process. This is a truth of reality, but only known to one who has learned true theological wisdom.

Another form of wisdom that the Torah teaches is the body of divine law. When studied, it apprises man of the reality and can even acquire for him perceptions that transcend natural human intellection. Take, for example, the laws of ritual purity. The intricate system of purity laws is not a set of contrived regulations that are disconnected from reality. On the contrary, they reflect an indiscernible reality that is only accessible via the study of Torah. When one studies these intricate laws, one gains access to wisdom that operates our world, but is imperceptible to the average human.

The same is true regarding the study of more mundane halachic topics, such as the laws of torts and damages. When one studies the Torah’s perspective on damage payments, one becomes aware of the correct and true monetary payment for a given damage. The Torah’s laws on damage payments are not part of a haphazard or arbitrary system, but reflect the divine conception — the truest perception — of tort law. The amount of payment and the criteria for what requires payment are all details of this divine truth.

The more one learns the moral, emotional, and philosophic wisdom of the Torah, and studies the Torah’s divine commandments, the more one understands the ultimate truth of the world and sharpens his perception of reality.

Let’s return to the astronomer. Consider the difference between an astronomer methodically tracking the movement of a planet in the sky as opposed to an average person incidentally looking up at the sky. While the average person merely sees a small flickering light, the astronomer sees patterns, gases, and chemical reactions. Both are observing the same phenomena, but it is the educated astronomer with his refined perception who has a more precise view of the true reality.

God gave man the Torah so that man could acquire, to some degree, a divine perception of the world. By studying Torah, man begins to see the world from God’s perspective.

As the word of God, the Torah provides a window into God’s “mind.” A person who wishes to better know how an author thinks will read anything and everything written by the author. Every additional book or article provides more insight into the writer’s mind. So too, a deep understanding and familiarity with the “work of God” provides a perspective into God’s “mind.”

Torah study is the most ideal field of study, for it provides insight into how the world operates, and reveals a glimpse of how God “sees” the world. It sharpens man’s perceptions and aligns his impressionable thinking with God’s unimpressionable thoughts.

The more man uses his mind in the pursuit of wisdom, specifically Torah wisdom, the more man becomes a vessel for containing the divine light of his soul. The first, and most basic, prerequisite for spirituality is the study of Torah.

Threadbare
Deep Breaths
What Happened to the Truth?
The Japanese Everything Bagel Spice Recipe
Comments
MOST POPULAR IN Spirituality
Our privacy policy