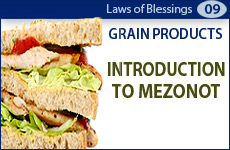 The special bracha said on satiating and nutritious grains.

In the last class we learned about the rules pertaining to the bracha on wine, Ha'gafen. Today we'll discuss the bracha Mezonot.

We have learned previously that the Sages prescribed specific brachot for different categories of foods. Since grains are the most satiating and nutritious, a special bracha was formulated: "borei minei mezonot" – "He Who created varieties of satiating foods." 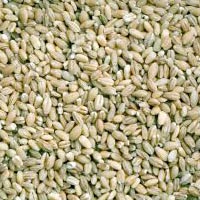 Mezonot is said on products of the following six grains:

When eaten raw, the bracha on these grains is Ha'adama,2 since they grow from the ground. In order to be "upgraded" to the bracha Mezonot, these grains must be processed in a way that defines them as a "satiating baked or cooked food," rather than grains.

The procedure for preparing foods from grains is typically a few-step process:

Since this is how grain-foods are generally prepared, the bracha Mezonot was prescribed only for food that has undergone these processes.

Therefore, if you were to take some fresh oats from the field and cook them up, the bracha would be Ha'adama, since they have not been processed before cooking – i.e. the outer shell has not been removed, and the oats are not broken up. 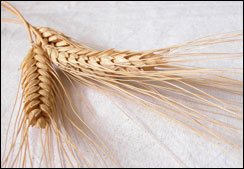 To summarize: In order for a grain to become "mezonot," the kernels must either:

Barley: The barley available in stores today is generally milled, which means that the outer shell is removed. It is common that in the process of milling, the kernels are broken – i.e. pieces of the barley itself are removed as well. Therefore, the bracha on cooked barley (for example, a thick, delicious barley soup) is Mezonot.8

Granola and Puffed Cereals: Granola consists mainly of oats that are steamed and then baked. This process does not have the effect of cooking. Since the grains are considered still in their original form, the bracha on granola is Ha'adama. (If the oat particles adhere to one another, then the bracha would be Mezonot.) The same is true for puffed cereals (e.g. Honey Smacks and Golden Crisp), which are made by applying steam and/or pressure to whole grains.9 Note, however, that most granola bars are produced from cooked oats, and thus the bracha is Mezonot.

A more detailed discussion of the proper bracha on various cereals appears in class #22.

Hot Cereal: Hot cereal (e.g. farina) is made of ground-up grains that are cooked. The bracha is therefore Mezonot.10 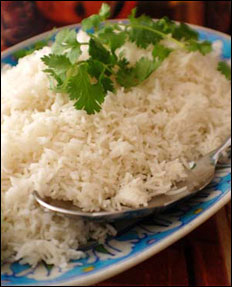 Rice: Both white rice and whole-grain rice are sold without the outer shell in which they grow.11 Since rice is normally cooked whole (without further processing, unlike other grains), the bracha is Mezonot, even though the rice kernels are not broken or ground before cooking.12 The same is true for rice cereals (e.g. Rice Krispies) which are processed by first cooking the rice.13

If the rice is simply "puffed" – as are rice cakes – then the bracha is Ha'adama.14

Raw Flour: If you want to eat flour or dough, the bracha is Shehakol.15 The reason is that when grains become flour they have not been improved. On the contrary, in their present state they are less edible and satiating than before. Therefore, the bracha is "downgraded" to Shehakol.16 So the next time you make a cake and want to lick the batter from the bowl, say Shehakol.

This concludes class #9 on Hilchot Brachot. In the next lesson, we'll learn about the proper bracha for cake and bread.

37. Bracha Achrona: After the Fact

Hey! What’s That Thing On Your Head?
Faith: the Axis Upon Which the Wheel of Science Turns
Love - Not Just About Chemicals Anymore!
Is There a Moral Code in a Virtual World?
Comments
MOST POPULAR IN Jewish Law
Our privacy policy