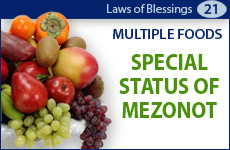 A mezonot ingredient is always considered primary, even when not the majority.

In the previous class we began learning about ikar v'tafel, where one food is considered secondary to another and is therefore covered by its bracha. We learned about two types of ikar v'tafel food combinations:

We learned in class #13 that bread exempts (nearly) all other foods from a bracha rishona, because it is such a significant ikar. This applies even to foods not eaten together with the bread – soup, meat, potatoes, salad – as long as they are eaten within the context of the bread meal.

On a somewhat lower level, the Sages attributed special importance to foods of the five grains (wheat, barley, spelt, oats and rye) because they are especially filling and satiating.1

[Note: In the context of this discussion, although we will use the term "mezonot foods," this does not include rice, which technically is not one of the "special five grains."2 Furthermore, the special status of the five grains applies only when the bracha is Mezonot, not Ha'adama3 or Shehakol;4 see class #9 where these guidelines are discussed.]

This special status of mezonot triggers rules of ikar v'tafel:

A mezonot food receives its own bracha even when it is the tafel. 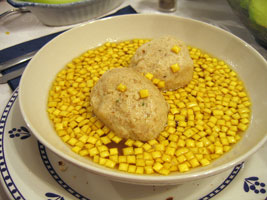 According to the rules of ikar v'tafel, soup nuts which are added to soup simply to enhance its taste should not require a bracha, since they are tafel. However, since the bracha on soup nuts is Mezonot,7 they do receive a bracha. And as we learned, Mezonot is high on the sequence of brachot (see class #17, list #3). So in this case, you should first say Mezonot on the soup nuts, and then recite a separate bracha on the soup (which is the ikar).8

If you add a good amount of soup nuts, making it a significant ingredient of the soup, then the Mezonot becomes the ikar (even though in quantity it is much less than the soup) and no other bracha is said.9

When mixed with other ingredients and made into one food, a mezonot ingredient is always considered the ikar, even though it is not the majority.

A common application of this rule is a cake that contains flour, sugar, spices, eggs, yeast and water. In this case, all the ingredients are secondary (tafel) to the flour, and the bracha is therefore Mezonot, because of the importance of the five grains, even if the flour is the minority ingredient.10

Now let's extend this rule to the case of a delicious cheese cake, made mainly of cheese, with a relatively thick crust on the bottom. Since the whole cake is baked together, it is considered as one food. And although the crust is clearly not the majority, it does add flavor. Thus as a mezonot food, it is considered the ikar – even though you eat the cake primarily for its cheese component.11 So the bracha on cheese cake is Mezonot.12 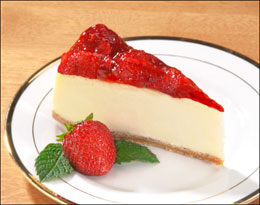 Note that this applies because the cheese and crust were baked together. But what about a cake topped with creme frosting? If the frosting is minimal, then it is tafel and a bracha is said only on the cake. However if the frosting is a thick layer, and you desire it for its own sake, then the frosting requires its own bracha of Shehakol. (If you are in doubt, you should say Shehakol on another shehakol-food, and have in mind to cover the frosting.) 13

Just like every good rule, there are some exceptions:

Exception #1: When the mezonot ingredient is insignificant 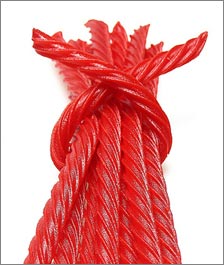 Exception #2: When the mezonot is solely an "accompaniment"

Another exception to "mezonot-always-ikar" rule is when the mezonot (or even bread) is being eaten for the sole purpose of accompanying the other food.18 The Talmud19 offers the following example:

You want to eat a very salty piece of fish. This fish is practically inedible by itself, because it is so salty. In order to make the fish palatable, you eat it with a piece of bread. Since you are not interested in eating the bread per se, and it is only being used to temper the salty taste of the fish, the fish is considered the ikar and the bread is tafel. In this case, only Shehakol, the bracha on the fish, is recited.

Another example given is when someone drinks a shot of whiskey, and when reciting the blessing has the intention to afterwards eat a small piece of cake to soothe the burning sensation of the drink.20

In actual practice, these cases rarely if ever occur. If you are also interested in eating the tafel (the bread or the cake), then they do require their own separate bracha.21 The status of tafel applies only in a case where the food is being eaten exclusively because of another food or drink. So don't be surprised if you never actually apply this rule.22

Now let's put together everything we've learned about ikar v'tafel: How about a case where fried fish or chicken cutlets are coated in breadcrumbs? Here the bracha depends on how significant the breadcrumbs are in terms of the whole food. 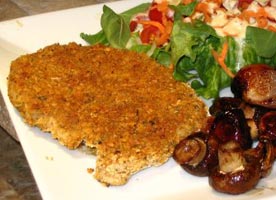 This concludes class #21. Next up: Soups & Cereals!