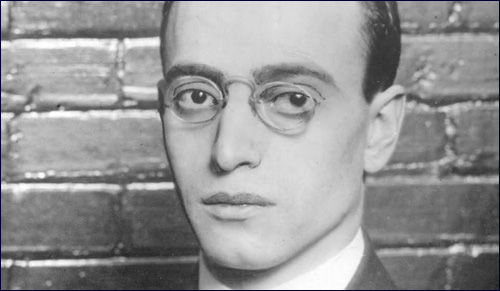 An innocent Jewish man was hanged by a mob in 1915. Anti-Semites today are justifying his murder.

There are some chapters in history nobody likes to be reminded of. The story of Leo Frank, convicted and lynched because of anti-Semitic sentiments, is one such chapter. Most Americans would react in horror to the notion that old-world blood libel played an important part in a trial that took place in the US in the 20th century. Most Jews would rather not think about that time in history when the menacing ghosts from Europe suddenly appeared in sunny Georgia. Who stands to gain from telling again that dark tale, tale of prejudice and hate, anti-Semitism and cold-blood murder?

Leo Frank was a 29 years old engineer from Brooklyn. Following his marriage to Lucile Selig, a woman from a well-known and wealthy Jewish family from Atlanta, he moved to Atlanta, where he worked as a superintendent of a pencil factory. 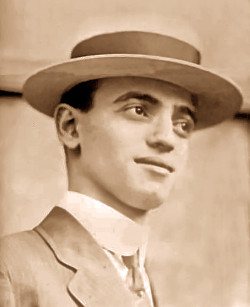 In 1913, a 13-year-old factory worker named Mary Phagan was discovered lying dead and mutilated on the floor of the factory basement. Initial investigation found out that Frank was the last man to admit to have seen Phagan, meeting her when she went to his office to receive her weekly wages. At once, he became the prime suspect. 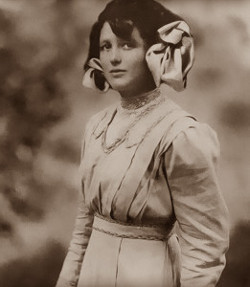 Circumstantial evidence alone would probably have not been enough to convict Frank, but then an important testimony was added. The factory janitor, an African-American called Jim Conley, testified that Frank told him he had killed the girl and asked him to dispose of the body. In vain Frank's attorney tried to demonstrate that the evidence pointed to Conley as a murderer, not to Frank. In the South, known for its racism, no black person's testimony had ever been accepted over a white person's version. But Conley made history: this time, anti-Semitism was proven to be an even stronger prejudice. 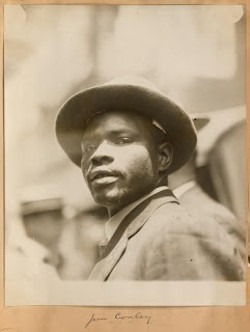 The newspapers from that time give a hint at how large a part prejudice played in this trial. The pastor of the church to which the Phagan family belonged wrote, "When the police arrested a Jew, and a Yankee Jew at that, all of the inborn prejudice against the Jews rose up in a feeling of satisfaction, that here would be a victim worthy to pay for the crime." 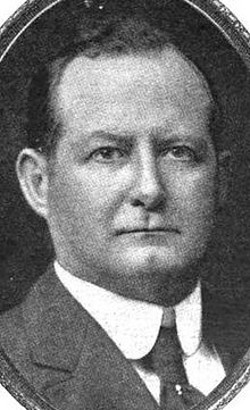 The jury convicted Frank but impartial observers railed against the injustice. Newspapers from the North criticized the trial, prominent Jews protested, and even the judge who oversaw the trial confided that he was not convinced of Frank's guilt. Neither was the governor of Georgia, John Slaton. The jury sentenced Frank to death by hanging, but Slaton expressed his belief that if he let that punishment take place, he would be letting an innocent man die. Accordingly, he commuted Frank's death sentence to life imprisonment. That courageous decision would later cost him his political career.

The jury sentenced Frank to death but the governor believed he was innocent and commuted his sentence.

The citizens of Georgia, however, did not agree with the governor. Populist writers wrote explicitly about the need for the citizens to take the law into their hand. A group of well-known people from Marietta, Mary Phagan's hometown, decided to follow that advice. On August 17th, 1917, Frank was abducted from his cell, driven to a location near Marietta and hanged from a tree. Leo Frank was lynched by a mob. 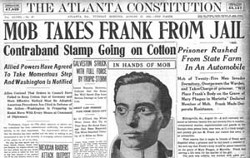 His captors didn't try to hide their identity. Many pictures were taken there, showing those who committed the lynch posing by the swinging body. Soon enough, everybody in Marietta and in Atlanta knew who the perpetrators were. No action was ever taken against them.

Frank was buried in New York but the ramifications of the case did not end with his death. A few weeks after the lynch, a group of Georgians, many of them were among Frank's murderers, formed a new chapter of the Ku-Klux-Klan. On the Jewish side, the frustration from the resurfacing of the ancient prejudices against the Jews led to the founding the Anti-Defamation League.

But the greater effect of the case was probably the trauma suffered by Southern Jewry. Steve Oney, a journalist and a writer who researched the case for 17 years before writing the award-winning book, And the Dead Shall Rise, told the Forward in 2009 that Southern Jews never recovered from the Leo Frank trial. "It drove them into a state of denial about their Judaism. They became even more assimilated, anti-Israel, Episcopalian. The Temple did away with chuppahs at weddings – anything that would draw attention." 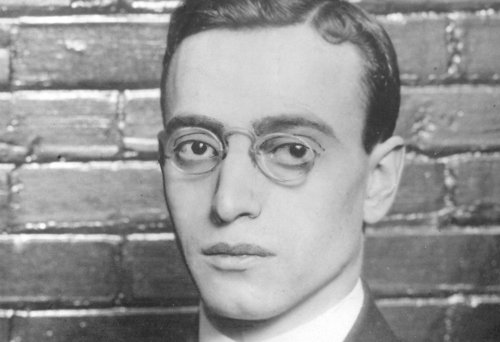 The final evidence of Frank's innocence emerged only 1982. Alonzo Mann, 83, a former worker in the pencil factory, told two journalists from The Tennessean that he saw Jim Conley carrying Phagan's body in circumstances that contradicted the janitor's testimony and confirmed Frank's version. At the time his parents told him to keep his mouth shut, and he did so. Over the years he disclosed his knowledge of the real murderer's identity only to a few family members and close friends. But when the two journalists, acting on a tip, approached him, he was more than willing to come clean. He related his story, submitted to a lie-detector test and passed with flying colors. Finally, the truth was out. In 1986, the state of Georgia granted a posthumous pardon to Leo Frank.

In 1986, the state of Georgia granted a posthumous pardon to Leo Frank.

The lynching of an innocent man is something no country likes to recall. The fact that the American Jewish community couldn't save Leo Frank is not pleasant to reflect on either. Small wonder, then, that few people outside of Georgia remember the name of Leo Frank today.

But that has begun to change. The Washington Post recently reported that the largest and most accessible databases you will find online if you are searching for facts about the Frank case are run by well-known white supremacists and anti-Semites. More than a hundred years after the lynch, they are still trying to establish Frank's guilt and to justify the perpetrators of his murder.

"I don't think the Jewish community takes this seriously enough," Steve Oney told the paper. The lynch of Frank, he pointed out, took place only after old fears and superstitions about the Jews were stoked. These websites are trying to do the same thing: present the story of Leo Frank case not as an example of an egregious injustice, but rather as a heinous crime committed by a Jew.

Forgetting painful chapters of history comes with a price tag. If the Jewish community – and decent people everywhere – would rather forget the Leo Frank case, there are others who will always be eager to keep alive the memory of Leo Frank the Jewish Criminal, who murdered an innocent girl. Remembering Frank the Victim is the only way to combat these efforts, the only way to make sure the defamation of Frank doesn’t continue today, so many years after his absolute innocent was proven beyond any doubt.

Lynches and blood libels may seem like things of the past. But the internet campaigns against the martyred Leo Frank serve as an important reminder: even when at anti-Semitism appears to lie dormant, it is never quite dead. Not even in the US.