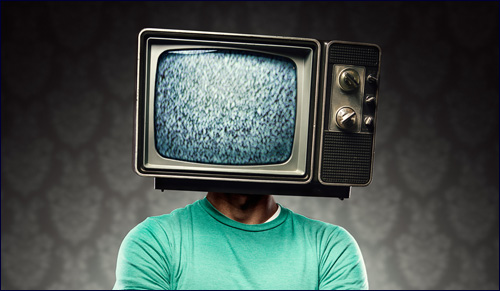 And other Jewish TV game/reality shows…

It was 1980-something and my family auditioned for The Family Feud, but we had the wrong idea about how to play and didn’t make it past the first cut. We thought the premise was having all our relatives argue with each other to see who was the least dysfunctional. I knew right then and there that my nutty clan would only be cast in Jewish themed game/reality shows because they’d cater to our innate neurotic tendencies.

Here are some ideas for shows I want us to compete on if they ever get produced:

Every Jewish mother’s favorite game: “The Advice is Right!”

Jeopardy becomes “Jewopardy” – Forget the original format where contestants respond in the form of a question after they buzz in. In fact there are no buzzers at all. Instead a bunch of know-it-all mavens shout out their answers willy-nilly. And nobody’s even asking any questions. The game ends with audience vote – which one of these well-meaning yentas has the most chutzpah?

Wheel of Fortune becomes “Spiel of Fortune” – Jewish children make creative pitches to parents to have their allowance increased. This replaced another wheel spinning show, (which networks wisely cancelled) called, “Wheel of Farshtunken.”

Let’s Make a Deal becomes “Let’s Bake a Meal!”– The challenge? It’s Friday night (NO daylight savings time!) and all kitchen appliances shut off at sundown. Contestants On your mark … Get set….Go! Cook something warm and edible for dinner, (plus breakfast and lunch tomorrow) using zero electricity, while earning bonus Shabbat candles by braiding the most challahs.

The Price is Right becomes “The Advice is Right!” – Jewish Mothers call out the names of 7 or 8 kids, then enthusiastically shout, “Come on down…stairs!” Next they compete to see who can get the most offspring to cooperate with them. The first Imma with a child enrolled in medical school wins. Bob Barker is renamed “Bob Babka,” but thankfully he’s not kissing female contestants anymore.

Family Feud becomes “Family Intrude!” – The point of this game show is self-explanatory, but rather then ringing bells before speaking, teammates slam miniature doors in each other’s faces symbolizing, “Mind your own business!”

To Tell The Truth becomes “To Kvell The Tooth” – Bragging rights for mothers of dentists.

The Dating Game remains “The Dating Game” – Wait! Before you start to hum “Matchmaker, matchmaker” as the new theme song, this Jewish game show has bupkis to do with finding your beshert. Instead “dating” refers to the expiration dates stamped on products, more commonly known as the “Sell by” or “Use by” or “Discard by” dates, which all Jews know are totally meaningless and just the manufacturer’s ploy to get us to buy more of their stuff. Contestants with green bread are eliminated in round one.

Beat the Clock becomes “Deplete The Clock” – Contestants potschke around their house getting ready for a big simcha until they’re fashionably late, blaming the entire thing on some “Jewish Standard Time” concept. Not to be confused with Receipt & Schlock which involves saving sales slips for months on end so they can return items to the store past the return date, (because that’s meaningless too!) citing shoddy workmanship and a cheap German import.

Name That Tune becomes “Name That Tone” – The host of the show reprimands, “Last time I checked, I was the matriarch of this family – and I don’t like the tone of your voice, young lady!” Contestants must guess what that tone sounds like AND the age of the adult being scolded.

Lastly, here are a few names for Jewish Reality Shows that I’m certain my family will also be featured in. You’ll have to come up with your own concepts. (PS. And don’t you dare take that tone with me!)

Dancing With the Stars . . . of David

Keeping Up With the Kleins (Kardashians)

So You Think You Can Plotz? (Dance)

Project Buffet (Project Runway) – Granted this was a stretch, but you will allow it since it pertains to food.

You Think Your Job Is Bad?
Blessing on Chewing Gum
Was Rahab a Prostitute?
Extras In Our Own Epic
Comments
MOST POPULAR IN Jewlarious
Our privacy policy