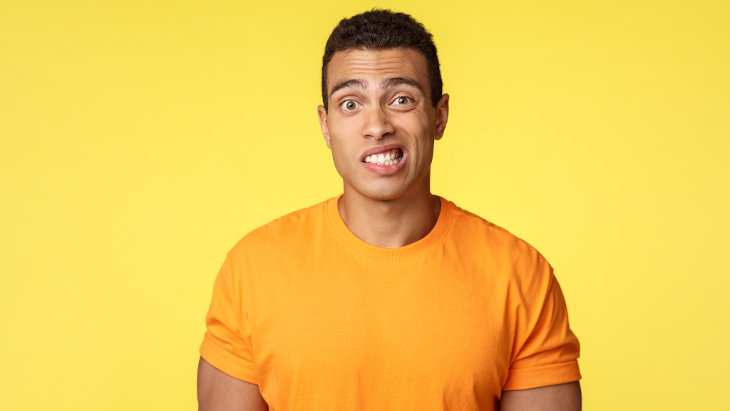 Yom Kippur is coming and that means it’s time to repent. We sinned and we ask for forgiveness.

Every year we confess that we have acted abominably, and this year more than ever there has been a lot of abominableness. We have all sinned in this year of quarantine. Some people even coughed. Shame!!!

Below is my list of this year’s sins. If for some reason you think you are a real tzadik (righteous person) and you are having trouble making a list of sins, feel free to borrow from my list. I’ve got plenty to go around.

We Have Been Wrong and Didn’t Admit It

We chose a backdrop on Zoom and thought it was a good idea. Who thought that having a desert green screen backdrop, and everybody dressing like they were on a family safari, was a good idea?! And they all smiled the whole time. It was an embarrassing moment, and they wronged us for having to see it.

We hid behind our masks this year. We tried to hide the fact that it was us who sneezed. Shame.

I saw you reuse your gloves. We put on our latex gloves and they ripped, and we still wore them. Shame. We didn’t put on another pair. We were worried that they would also rip, like the other five gloves we tried putting on before. We betrayed through our lack of glove effort by ruining a seventh pair of gloves.

Sinned Intentionally and Rationalized it

We’ve Attached Ourselves to Falsehood

I’ve watched basketball and major league baseball recently. Please forgive me. I didn’t realize I was doing anything political by enjoying sports. I’m not a political individual.

I don’t know how many of us are robbing people, but it must stop. A lot of robbing must be going on in upper middleclass American Jewish neighborhoods.

I don’t know how many Jews recently got involved in the car repair business; if they are mechanics, they are definitely robbing people. I know. I bring my car to one.

We Made Light of Serious Things

I said honoring parents and family time is important, and then I realized how annoying it is to be around my kids for six months.

I went a little crazy this year. I acted like a rebel and went into Walgreens pharmacy without my mask on. I just couldn’t find it and I really needed some aspirin. OK, I was actually buying M&Ms.

Singing off tune in shul is shameful. But even once quarantine hit, I still sang the songs off tune on my balcony. Why did I think I could sing harmony in my home? There was nobody else singing. Hearing my voice makes me want to apologize for all the years I was loud in shul, thinking my harmony added to the prayers. It didn’t. I am sorry.

I also apologize for singing over Zoom. I thought I was harmonizing. It turns out they were on the next song.

We Have Been Wicked

We turned wicked, trying to keep the laws of quarantine. We didn’t keep the laws of kindness when we yelled at the people offering to help us with our bags. Screaming at them “killer” was not the proper response to “can I help with your bags.” We even yelled “six feet” at people who were nine feet away, because we have no idea what six feet is. We have not smiled in over half a year.

Have you seen a decent Tevya recently? No. Nobody has put on a good Fiddler on the Roof since Zero Mostel. It’s shameful.

We Have Been Idle

The Jewish year 5780 has come to a close. If I am going to be honest, it wasn’t one of our best. If we want 5781 to be better, we must apologize for what we’ve done and try to be better. Come on world, who is with me?