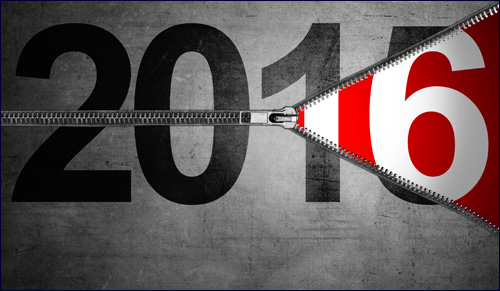 President Bernie Sanders declares 4 day work week because, “The Nation needs to get ready for Shabbos.”

SATIRE: In my previous article I summarized the top Jewish events of 2015. But since 2016 has already begun, and I’m taking an online course in physic-ism, I would like to predict some of the top events for the upcoming year. If I’m right, I’ll be famous. If I’m wrong, I will delete this article. I learned that in physic school.

In a surprise announcement from the Oval Office this morning, newly elected President Bernie Sanders instituted a mandatory extended the weekend to include Friday because in his words, “the Nation needs to get ready for Shabbos.” Shabbat, or the Jewish Sabbath, is observed from sundown on Friday to Sundown on Saturday and it is a day reserved for rest, prayer, contemplation, and spending time with one’s family. As President Sanders explained, “Shabbat is a day of rest. Spend time with your family, pray, read, rejuvenate, light candles to symbolically push away the darkness and welcome the Divine. Shabbat is a day of spiritual enhancement. It is commonly – and mistakenly – seen as a day filled with restrictions and prayer, when, in fact, it is a gift, a day when we put aside weekly worries and relax.” Vice-President Clinton added her full support for Shabbat and the four-day work week.

Most Popular TV Show Will Be: “Here Come the Jewish Zombies!”

Lock up your food! Lock up your daughters! Lock up your “Seinfeld” DVDs! The Jewish zombies are on their way and the most bizarre part of it is that there’s never been a Jewish zombie TV show before. That’s meshuggah, especially since most comedy writers and producers are Jewish! And the best part is that since zombies never die, this show could conceivably run forever. In the first episode, zombies Reuven Shlomo, Eliezer and Nachum receive a tip that a local bagel dealer is employing under-age Hebrew school students. The zombies go undercover and end up busting Barry “The Bagel King” Rabinowitz. At long last, entertaining programming targeted to the Jewish community.

Sending shockwaves throughout the world’s 1.2 billion Roman Catholics, Pope Francis tendered his resignation to the Vatican today, revealing that he can no longer in good conscious maintain the secret he has kept for decades—that he was born and raised a Jew. Like so many teenagers, though, the young man rebelled against his parents and upbringing, converted to Catholicism, and, well, the rest is history. “But eventually the pull of Jewish history and tradition, combined with my guilt and shame, got the best of me,” explained Francis, “and I realized I would not be able to live with myself, nor be true to my followers, if I continued living this lie.” Francis’s resignation is immediate and although he is unsure at this point what his future may hold, he does know that he will revert to his given name, Yitzhak Pearlstein.

Researchers and scientists have long theorized about the possibility of life on other planets. Today, not only have they actually found life, but in particular—Jewish life. The newly named planet Chamutzim, the Hebrew word for “pickles”, was so named because the planet is shaped like two parallel pickles. The Chamutzim Jews appear to be nearly identical to those on Earth, with three exceptions:

While many questions still remain about how to deal with this new discovery, at least one travel company is making plans to cash in by organizing High Holy Days Vacation Trips to Chamutzim.