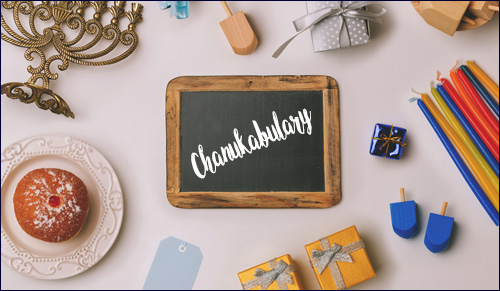 Spellukah, noun. A democratic way to settle any dispute over how you should write the word ‘Chanukah.’

This Chanukah, let’s see if we can’t circulate some brand new Jewish buzzwords, shall we? Pass this unique holiday vocabulary list around and if it should happen to catch fire and go viral, (burning for eight consecutive nights on the Internet) my work here will be done!