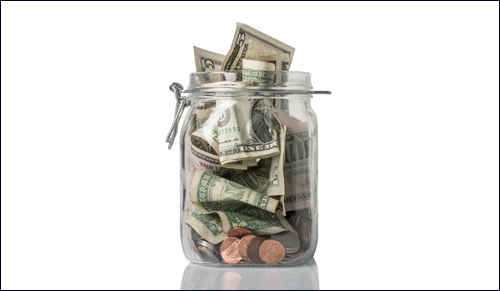 Eat in the supermarket because apparently eating there is free.

Everybody wants to know how to save money in Israel. Something about haggling in the Middle East makes you feel like you are in the homeland. But haggling is not the only way to save money, there are other ways as well and I am here to make sure that you will never get ripped off again.

Bring your own pita and load up. All the salads on the side of the falafel stand are free.

Here are some clever money saving techniques that I have learned over my many years of living in Israel:

Bring your own pita and load up. All the salads on the side of the falafel stand are free. You will find an array of salads, ranging from tahini to cucumbers to spicy cucumbers to pickled cucumbers. I do not suggest bringing a laffa. The last time I brought my own laffa, all of the salads ended up falling through the bottom. It made a whole scene. I had to ask the guy behind the counter to help me wrap it. He is a professional, and was very kind. He showed me how to use the restaurant tissue paper and gave me a bag to wrap my pita. I would have left a tip, but leaving tips is not a good money saver, and after all, I did not purchase the pita from him.

To save more money on food, eat in the supermarket. Tasting and eating is free in Israeli supermarkets, as I have learned by observing Israeli customers. You have to pay to take the food out of the supermarket, so don’t eat at home. Make sure to open the bag of chips when you are eating it, at the supermarket. Same goes for sunflower seeds and nuts in the Shuk. If you don’t ask and take the seeds, it is free.

Purchase Half a Pita

If you have too much shame to bring your own bread from outside, purchase half a serving. This will still save you some shekels and it will get you a couple of hot falafel balls, which are good for a cold day.

Do not belittle the access to the falafel guy. This 7 shekel purchase gives you constant access to the salads behind the counter. The rule: You can order as many extra salads as you want, until the pita is finished. Don’t test them. They know when you are finished with the pita, as it is impossible to restrain yourself from pushing up on the bottom of the bag for the tahini lick.

Do Not Be Fooled By their Sales Methods

Do not get taken by the ‘I Have a Family” sales technique. This method is used by the Middle Easterner to lure you in, as their product is really bad. Making a living selling a soap set that is not soap has set them up for failure – this is not your fault. There is also the “Yell” technique, which as it sounds, is where they force you to buy stuff by shouting at you. The initial shock might be frightening but by the time the fifth person yells at you, you get used to it and almost look forward to being berated by shopkeepers.

Do Not Befriend a Shopkeeper

Do not get involved with any shop owner in a discussion. I made that mistake once. He pulled out his bank statements and started to tell me how he wasted his army stipend on the shop. Known as the ‘Pull Out the Bank Records” method, they will run through their balance with you and express their disappointment in the country, because the 5,000 shekels the army gave them did not last through their pension years. Caution: when purchasing the not-soap soap, you do not want to get stuck funding their retirement.

Remember, as much as they call you their ‘friend,’ they are not going to be there for you when you pull out your banking statements.

Israel is a beautiful country, but it is small and space is expensive.

Make sure you make the most of whatever space you have. The ceiling makes for excellent closet space. You need an extra bedroom? Build a loft. You have books? The bookcase is the ladder. That will give children access to the ceiling, so they can sleep in the closet on the loft. The dining room? When the guests leave, that is a bedroom. No room for the 8 children? Sliding beds; matryoshka the bed, like the Russian babutchka dolls. Closet during the day, bedroom at night. Goal is for the whole house to be able to be used as a bed. A tiny mattress in the shower room can easily sleep a toddler. Actually, maybe don’t sleep a toddler in the shower, as I’m sure there are scary nursery rhymes about that.

To master the use of space as a bed, visit somebody living in the Jerusalem’s Nachlaot neighborhood, near the Shuk, and see how you can house 12 children in a bedroom which is actually the kitchen.

Forget about doing a background check, you are not spending $1,200 a night on the hotel. I take that back. Spend the $1,200 a night. You don’t want to have any conversation with the local folk, while you and your family are sleeping with them in the kitchen.

In America it has a negative connotation and is known as “debt”. In Israel, we celebrate owing the bank money. Mastered by the previous generation of Israelis, “minus” is a way of living without ever paying your bills. Embrace this Israeli art of indifference. This opens you up to a whole gamut of shopping gems. I purchased a new 60” flat screen last month. Didn’t even think about it. My bank is also going to cover my rent this month. Life became beautiful once I learned to forget about the numbers after the negative sign.

For you tourists, if you can open up an Israeli bank account and make it out of the country before you get your statement, then minus is perfect for you. If you are worried about debt and fraud, then stick to getting your taxes back at customs.

Buy Your Israeli Products in America

Everything is cheaper in America. Osem for example is an Israeli food brand, so be sure to buy your Osem products after you leave Israel. It is cheaper after they ship it. Somehow, after the flight the price goes down. All of your Israeli souvenirs should be purchased in America. You may also want to hold off on purchasing your half a falafel till you are back in America. Though, I cannot promise that they will have the same selection of cucumbers.

For the Israelis, do not worry about smuggling Israeli products into Israel. They won’t figure it out. They should have figured out that you were going to be smuggling stuff, and detained you, when you flew to America with two empty suitcases.

Remember, when haggling or saving money, never let pride get in the way. Pride is the one thing keeping you from getting a deal and enjoying your Israel experience.

The New Jewish Calendar: Part 2
Why the Sexual Revolution was Bad for Women
The Princess: Sukkot
How Oswego, NY Became a Haven for America’s Jewish Refugees during World War II
Comments
MOST POPULAR IN Jewlarious
Our privacy policy
Aish.com Is Looking for Great Writers

Why the Sexual Revolution was Bad for Women
The Princess: Sukkot
How Oswego, NY Became a Haven for America’s Jewish Refugees during World War II
Helping Jews after Hurricane Ian’s Devastation
Kosher Dillin': The Jewish history of Pickles
Judaism and Human Creativity
Jews and Beer: 8 Surprising Facts
After 500 Years, Closing the Circle
Patriotic Jews and the American Civil War
Why Are The Prayers Of Yom Kipur So Repetetive?
1 2 3 … 2,915 Next »