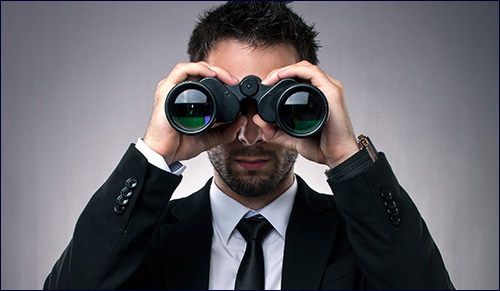 Some women seem to be more interested in over-achieving than in maintaining a relationship.

A woman I met recently told me that she was seriously considering divorce. “It’s not like my husband is a bad guy,” she said, “I am just beginning to feel like he is more trouble than he is worth.”

She went on to describe her fast-paced life, her high three-digit salary, the horseback-riding and fencing clubs her kids belonged to, the personal meditation and yoga coach who attends her.

“What do I need that ever-present and guilt-inducing item on my to-do list: ‘work on relationship with husband’? I’m doing it all myself anyway and I actually like it that way.”

I thought of this woman when reading the many insightful comments that were written in response to my last article “Where Have All the Good Jewish Men Gone?” Many of the commenters pointed out that “good Jewish women” are just as hard to come by. Even if it is true that obligation, commitment, responsibility and self-discipline should be the defining features of masculinity, they point out that none of this will help if women keep setting the bar too high for the average man to meet. Some women seem to be more interested in over-achieving than in maintaining a relationship.

But maybe there doesn’t have to be a contradiction between the two?

In the olden days, women needed men because they couldn’t do anything on their own. They couldn’t earn their own living, sometimes couldn’t read and write, couldn’t vote, were often not allowed to travel on their own and were not even expected to have their own opinions. But today things are different. To phrase it in Gloria Steinem’s inimitable way – we have become the men we once wanted to marry. And if that is the case, what do women need men for?

It Takes Two to Tango

When God looked at the first human being He had created, He said, “It is not good for man to be alone,” and created woman as the solution.

What did she bring to the table that he didn’t already have?

Woman brought an invitation into relationship. While man’s first experience was existential loneliness – highlighted by his naming the animals and discovering that only he, in all of creation, had no partner – women came into being in the context of standing opposite him – cast eternally into dialogue and relationship.

The feminine force represents approaching life as an intricate web of interdependent relationships.

All of the distinctively feminine biological functions underscore this intrinsic relationality of women. For example, a pregnant woman on the one hand continues to live her own life, think her own thoughts and do her own thing, on the other hand, her baby’s heart beats beneath hers and their existence is intertwined. Breastfeeding, another basic feminine biological function, draws woman once again into the liminal relationship of a ‘nursing couple’. While the dynamics of the actual relationship between mother and child change as the child gets older and more independent, some mothers would maintain that on a deep level that widening of the boundaries of self to include their children never really goes away; a mother entering the delivery room discovers it’s a one way journey.

Of course not all women by virtue of their being born into a female body relate to the world in this way. There are many women who have never given birth or nursed a baby, and others who even if they did, do not resonate with this description. And there are many men who live their lives centered around relationships. Jewish mysticism sees the physical world as metaphor, but once a force has been delineated as male or female based on the biological model, there is much fluidity between the two poles; each trait is often manifested both by men and by women at different times and in different circumstances.

‘Woman’ – who was created opposite man because it was not good for mankind to be alone – represents approaching life as an intricate web of interdependent relationships. This feminine force understands that the Horatio Alger hero, who pulled himself from rags to riches “all by his own boot straps,” is a myth. The truth is that none of us does anything by ourselves; we all need each other. Life is really about our ability to bridge the chasms that separate us, and real success is measured by the emotional, spiritual, and moral well-being of ourselves and the people in our orbit.

Looking at the world from this feminine perspective has many ramifications. Western philosophy tends to see people as intrinsically egotistical; at best people can be trained to care about others by convincing them of some personal benefit (if not in this world, than the next). But caring and relationship are just as intrinsic to being human as is competition and conquest, it just depends if you adopt a male approach or a female one. A feminine approach sees life as a dialogue. People never become a means to an end; relationships are always the ultimate point of any interaction.

Relationships – with others, with God, and with ourselves – is the defining characteristic of life itself.

Rabbi Wolbe, in his classic Alei Shur, points out that Hebrew is the only language in which the word “life” is in the plural. Chaim really means lives, not life. Life – from a Jewish perspective, as well as from a feminine one – is about reaching beyond the narrow borders of ourselves and relating to the one opposite me, who sees the world so differently than I do that he is clearly “not me.” Judaism clearly sees the world through a feminine lens. Relationships – with others, with God, and with ourselves – is the defining characteristic of life itself.

A person whose whole focus in life is acquisition, excelling and production – with its attending question of “Is this relationship worth it?” – will have no exit from the prison of their egocentric self. “How much is he giving?” and “How much am I getting?” are questions that one asks from within the narrow straits of conquest and competition; they make no sense within the context of relationship.

A Gift Called We

True, women no longer need men to protect them from lions, tigers, and bears (although male protection is certainly nice), but that means that women and men can move into a more mature and reciprocal relationship. They can turn to each other less out of need and more out of desire; love is the one thing you can’t do on your own. Today a woman can turn to man not because she needs what he can give her, but because she wants him.

It isn’t good for mankind to be alone, because when you are alone – when you have no model of the fluidic boundaries and interconnected relationships that the female force offers – humanity can easily slip into seeing people as objects to manipulate who become irrelevant when they don’t deliver enough. “Good” was accomplished by creating woman. Humanity as a whole needs the feminine voice to stand opposite this adversarial, combative world and offer entrance into a world of connection.

Being man or woman is not just what we do, it is what we are. We are not women just in the delivery room, nor only when we’re baking chocolate chip cookies. Tapping into that feminine interconnectedness (which can just as easily be done by a man; indeed it is the golden standard for every Jew) can become a foreshadowing of an ideal world of interdependence and love.

Woman was supposed to help man meet his higher self. This is hinted to in the very first time in the Bible that man is called ish, (man) as opposed to the more generic Adam. Ish always refers to the loftier aspect of man, and the first time the word appears is when Adam meets Eve – “And this will be called ishah – woman – because she was created from ish, man.” It is where Adam meets ishah that he becomes an ish. Her intrinsic awareness of the truths about relationships is supposed to help men – and the world – keep their eye on the ball.

In a world of deals and getting ahead, a husband who isn’t a top producer can be an albatross around one’s neck. In a spiritual world of interconnection and interdependence, every human being – and certainly one with whom we have forged a covenant through marriage – is an opportunity to break through the confining prison walls that protect our ivory tower and connect to life through love. It is specifically lack of perfection that makes us human – and it is allowing for those deficiencies and faults in other people that brings us in touch with our own spark of the Divine and allows us to practice real love.

Attributes such as compassion, kindness, trust, hope, acceptance, patience, belief in the process, and a willingness to move towards are scorned in a world which values shooting to the head of the pack (in lonely glory). But it is specifically those traits which define the feminine force, and which are held up as the ideal for every Jew. Judaism champions this feminine model, insisting that how we relate to each other is the true measure of who we are, not the list of our successes which at most are useful tools in the process of becoming.

In some ways “close the deal” and “drop clothes off at cleaners” are more gratifying to have on our to-do list than having to work on our relationships; it is always easier to manipulate objects in our periphery than to relate to them. But women (and men) who do that are making a big mistake. Keeping “work on relationship with spouse” on their to-do list may be the most important thing they can do to stay in touch with their own humanity and bring the world to a higher place.

Click here to read Where Have All the Good Jewish Men Gone?

Honoring the 5th
Why My Iranian Mother Didn’t Want Me to Become a Religious Fanatic
The Jewish History of Prague
Why the Sexual Revolution was Bad for Women
Comments
MOST POPULAR IN Current Issues
Our privacy policy
Aish.com Is Looking for Great Writers