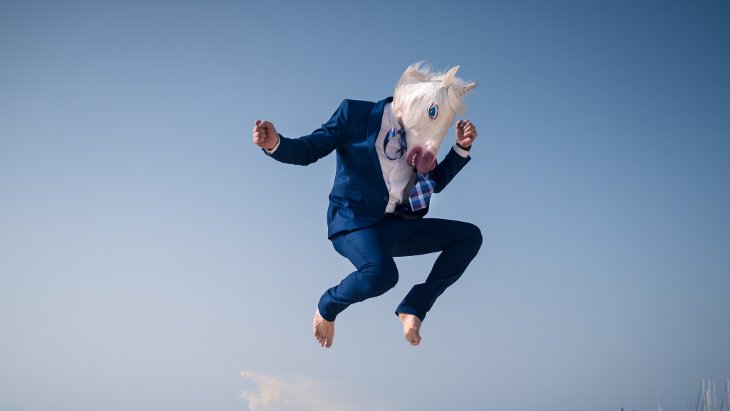 I’ve been a comedian in Israel for over 15 years. Here are my thoughts on what makes Israeli humor.

I have been a comedian in Israel for over fifteen years. Over that time, I have studied many styles of comedy in our homeland. Like all comedy, there is surprise, exaggeration and self-deprecation but we’ve also developed a unique style. So here are my thoughts on what makes Israeli humor.

Laughing at the Surprise

The basis of most jokes is the element of surprise. We see this as far back as the Torah. When our matriarch Sarah is told that she will give birth as an old woman in her 90s she is shocked and laughs.

How we apply this in Israeli humor: We say anything that is somehow connected to reality, yet is unexpected. To ensure it has a better chance of being funny, make sure it is not about death.

The adage of “comedy is tragedy plus time,” is exemplified in Israel as seen on almost any television or theater show, with characters who are wildly overacting. Here there is no tragedy plus time. Everybody in the country was connected to tragedy, be it war or that they lived through the era when the Bamba snack had not yet been created.

The exaggerated form of comedy is an escape and in Israel we need that release and break from reality.

Don’t believe me? Please find me an old satire of Ben Gurion that is not extreme slapstick. It is almost impossible.

This vaudevillian form of comedy is still practiced today in an Israeli form known as Nonsense.

How To Write Israeli Slapstick Joke: You are a man dressed like a woman, that’s comedy gold.

Self-deprecating humor doesn’t just apply to people in Israel, it applies to the whole country. Even though we are in the Middle East we’re not afraid to laugh at our government. We’re also not afraid people will hate us if they find out our government did something wrong. It’s hard for the world to hate us more than they already do. We’ve been hated for too many millennia to care.

Writing an Israeli Satire Joke: Just do any prime minister of the country and make your voice as deep as humanly possible while doing it.

Writing a joke about other countries in the Middle East: That’s easy. Just state exactly what they do and give the sarcastic look of “what?!”

In the Middle East laughing at other’s faults is a way of life.

To quote Mel Brooks, “Tragedy is when I cut my finger. Comedy is when you fall into a sewer and die.”

Israel has adopted this tradition. My favorite joke is the one about the Israeli and Arab who are arguing over who a duck belongs to, as they each claim it was killed on their land. The Israeli says, “We will hit each other. Whoever hits the other one the hardest gets the duck.” The Arab agrees to the Israeli going first. The Israeli takes a running start and thwacks the Arab. The Arab man goes flying and dusts himself off and says, “It’s my turn.” The Israeli says, “Forget it. Take the duck.”

Writing the Middle Eastern Power Joke: Take any tourist, rip them off and tell all your friends at the shuk about it.

Unlike other societies, mocking cultures in Israel is acceptable. This exemplifies Kibbutz Galuyot, the ingathering of the Jewish exiles. Jews from all different societies are now together. Mocking each other allows us to understand one other, like siblings. I’ve heard a joke about each culture being stingy. I don’t think there is any society in the world that has not been called “stingy” by another culture within the Israeli amalgamation of cultures.

How to Write the Cultural Joke: Make fun of anybody that is not you. Say they are stingy and go from there. Just remember to never share your new kind of humor outside of Israel. They will call it racist. Note: It’s not racist because you called everybody stingy.

In a culture where anybody can say anything, a new form of Israeli stand-up is based on pure honesty. Connected to many of the comedians of the 1980s in America, the school of Lenny Bruce to Richard Pryor and George Carlin, this is a form of free-speech that can only come from a people who have been judged so much that they now don’t care anymore.

In Jerusalem, this has been developed as a character-based soul-searching style of comedy. In Tel Aviv, it’s developing into a say something cool and fresh.

Writing a Joke for Tel Aviv: Say something shocking that you would never say at a dinner table. Then expound on it. Just hope your parents aren’t in the audience.

Humor as defined by David Kilimnick: One’s ability to laugh at himself in any situation. Comedy that is character based allows for healthy self-deprecation. Self-deprecation comes from a place of strength and confidence in who we are. Like in Roxanne’s dart scene where Steve Martin makes fun of his huge nose, we can mock ourselves better than you. This soft touch of the ability to laugh at oneself and one’s community apparently developed in Eastern European Jewish humor and is used in Israeli literature. By using it in Israeli comedy, we are coming full circle.

Writing Self-Deprecation on the Superficial Level: Your joke about anti-Semites doesn’t go over. Call yourself on it. Say, “I am never doing that joke again.” The honesty and ability to laugh at your situation is a shock to the audience and will therefore have them laughing.

An amalgamation of Russian and American humor, we attack the society we are trying to live in. We take something that is absurd to us and then exaggerate that. We decided to give up life in our motherland, to move to your homeland. It’s our way of coping.

Writing a Joke as an Immigrant to Israel: Complain about anything that is different than your perfect country you grew up in and decided to leave. Just complain about it and laugh at the new culture which you don’t understand, but somehow feel as though you have the right to mock.

The Jewish people in general and the Israeli people in particular have experienced our fair share of tragedy. Some feel that this is the secret to Jewish humor. Hopefully, with time, we will not need to create laughter through tragedy. With time, we will be able to go back to our roots of laughing at the unexpected joys of life, telling the world, “We don’t care what you think. And that’s why we laugh.”

We Jews and Sukkot

House Alter Ego
Deep Breaths
What Happened to the Truth?
The Japanese Everything Bagel Spice Recipe
Comments
MOST POPULAR IN Jewlarious
Our privacy policy