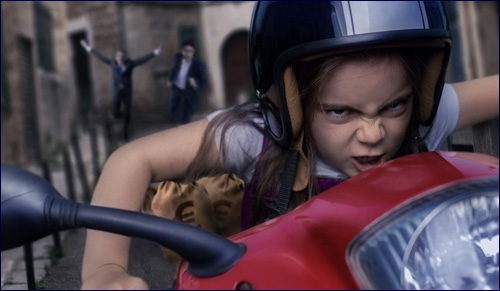 When your precious child turns out to be a “vilda chaya” – Yiddish for a “wild animal.”

There are few things more beautiful and precious in this world than a child, except when a child acts like a vilde chaya.

The term “vilde chaya” is Yiddish and literally means "wild animal" but it often is used (somewhat) lovingly to describe a wild child, i.e., an overly rambunctious youth. For the record, no child should be permanently labeled a vilde chaya. All children have different challenges that may contribute to their conduct and some of those challenges may not be within the control or understanding of the child (or the parents). Thus, vilde chayas should be given the benefit of the doubt and should treated with patience, kindness and understanding, except if they use the kitchen sink as a commode or if they post your debit card and pin numbers on social media with the following hashtag: please.take.my.money#vildechaya.

Vilda chayas continue into adulthood. This is evidenced by adults who enjoy Tough Mudder.

Thus, some misbehaving children probably deserve a temporary vilde chaya moniker, especially in those moments when they in fact are acting like a vilde chaya. For most kids, such misconduct usually rears its ugly head during the “Terrible Twos” and is replete with temper tantrums and conniption fits galore. Of course, a child can act like a vilde chaya even after the “Terrible Twos,” including during the “Thrilling Threes,” “Frightful Fours,” “Fierce Fives,” “Sinister Sixes,” “Psychotic Sevens,” “Insane Eights,” “Nutty Nines” and “Tumultuous Tens.”

Some may argue that once a vilde chaya, always a vilde chaya, even in adulthood. If true, that would explain the grown-ups who enjoy participating in the (i) filthy and crazy Tough Mudder adult obstacle course competition, (ii) frigid and crazy mid-winter Polar Bear plunge into the Atlantic Ocean and (iii) ferocious and crazy late-night Simchat Torah hora dancing. Others may argue that, in certain extreme instances, vilde chaya adults should not be compared to animals because that would be completely unfair . . . to the animals.

Many vilde chaya children who are precocious and obstreperous eventually adapt to civilized society and learn to conform to society's unwritten rules of decorum. For the average vilde chaya, this is a gradual learning process during which they may intermittently relapse into a hopeless hooligan, mal-adjusted mischief-maker, radical ruffian or dangerous delinquent. For the record, it is safe to say that a child is acting like a vilde chaya if the child:

The most interesting thing about vilde chayas is that many grow up to become upstanding individuals including revered rabbis, terrific teachers and bigshot businesspeople. One could say that such leaders go from mischief to chief. One also could say that such vilde chayas undergo a menschy metamorphosis during which they magically transform from degenerate to decent, hooligan to humane and from savage to sweet.

Bottom-line: If your brat is acting the worst, that does not make your child a bratwurst. 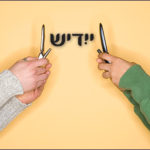 And the Oscar Goes to?5 min read 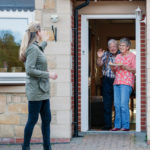 How to Visit Parents & Grandparents During Coronavirus6 min read 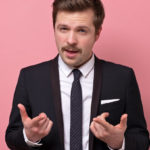