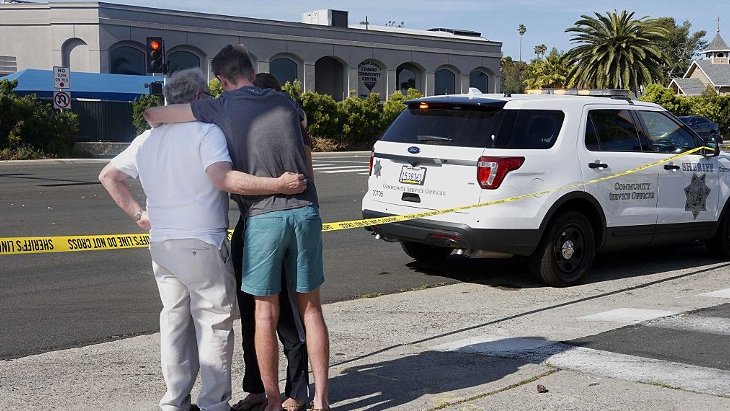 The answer to Jew-hatred is Jewish pride.

This week on Twitter, a Jewish writer in Los Angeles decided to dispense some advice to her followers. Ariel Sobel had become aware that a small group of white supremacists was compiling a list of online Jews. Their purpose was clearly harassment, and so when she saw her name and that of others that she knew in this archive, she tweeted that Jews should “please avoid typing out the phrase ‘I’m Jewish’ on Twitter.”

That set off something of a debate, prompting many to reply that they disagreed. What followed was an avalanche of tweets proclaiming “I’m Jewish,” along with a message to anti-Semites that they weren’t afraid. Non-Jews soon joined in to proclaim their solidarity.

That ought to encourage us that tolerance for hate is not as great as many of us fear it to be, though this exchange isn’t taking place in a vacuum. It happened within day of a shooting outside a Miami synagogue that left a man wounded. And after the horrific crimes in Pittsburgh last fall and in Poway, Calif., this spring, security is being ramped up at Jewish institutions all over the country. That’s caused some people to worry about whether it’s wise to go to synagogue.

So perhaps under the circumstances, no one should be criticizing Sobel for an approach that urged Jewish individuals not to make it easier for fringe groups to target them online. Much like the German official who caused a stir in May when he advised Jews not to wear kippot in public because it put them in danger, Sobel also seemed to be trying to shield people from harm.

The Internet and social media are not for the faint of heart these days. Any expression of opinion – whether construed as left-wing or right-wing – is bound to generate nasty comments or worse. And for those of us who are journalists and do so openly as Jews, a certain volume of anti-Semitic tweets, Facebook posts or emails comes with the territory. Yet I wouldn’t blame anyone for trying to escape being targeted by a white-supremacist group that seeks to threaten or intimidate Jews.

Still, we need to place our fears, however much they may be rooted in harsh reality, in perspective. For all of our worries about violence, including synagogue shootings, it would be a mistake to think of the United States as no longer a safe place for Jews. Nor should we think that most Americans share the feelings of anti-Semites.

The threat of anti-Semitic violence is real. But American Jews are not in the kind of danger that should force them to hide their identities or stay away from synagogues.

As a Pew Research Survey released in July pointed out, most non-Jewish Americans don’t know that much about Judaism yet still have positive feelings about Jews. Indeed, the poll showed that Jews are more highly regarded than any specific religious group in the country. There isn’t a single sector of American social, political or economic life in which Jews cannot aspire to leading roles.

The prevalence of intermarriage has created a genuine demographic crisis. But it must also be understood that this is only possible because non-Jews want to marry Jews.

Nor is the situation in the United States comparable to that in Europe.

FBI hate-crime statistics have consistently shown that the vast majority of religious-based incidents have targeted Jews. But when one looks at the raw numbers, those totals are still quite small considering that they are measuring hate in a country of hundreds of millions of people. Statistically, the odds of being a victim of an anti-Semitic crime in the US remain remote. There is simply no comparison between what is going on in the United States, and the routine violence and intimidation faced by European Jews.

The truth is that most American Jews have little personal experience of anti-Semitism. Indeed, the age group that is most likely to have come up against Jew-hatred these days is college students because of BDS activists.

The one exception would be ultra-Orthodox Jews living in some sections of Brooklyn, NY, who have been subjected to constant harassment and even violence at the hands of some African-Americans. Sadly, leading Jewish organizations that are most vocal about anti-Semitism, especially when it comes from the far-right, aren’t particularly interested in what’s happening in Brooklyn; it’s not unfair to speculate that the reason is that the Jews at risk there don’t look like most other American Jews.

We can’t blame people for being scared when presented with stories about anti-Semitic violence or even the prospect of having to confront Internet trolls. It’s only natural that people unused to dealing with these kinds of situations, as most American Jews are, might react by wanting to avoid any risk.

But that’s the wrong answer to hate.

The right answer to hate groups archiving Jewish names is to be open and loud about your Jewish identity. And as much as synagogue shootings are awful, that should be even more reason for Jews to show up and be counted by going even more often.

This is not a matter of bravado, but realism. Jews are neither alone nor isolated in the United States. Most Americans abhor anti-Semitism and anti-Semites, as well as strongly support Israel. There is no reason for American Jews to feel as if they are helpless victims and every reason for them to realize that anti-Semites – whether right-wing extremists or left-wingers who peddle intersectional lies about Israel and BDS – are very much in the minority.

The best response to anti-Jewish hate is Jewish pride, based not only on our willingness and ability to defend ourselves in an era when there is an Israel, but also in our confidence that Jews need not live in fear in a country as exceptional and free as the United States has always been.

Reprinted with permission from JNS.org.

Why Israel Independence Day is Right After Israel Memorial Day
Should I Break Up, Get Engaged or Keep Dating?
Time Is Your Precious Commodity
A Constant World in Flux
Comments
MOST POPULAR IN Israel
Our privacy policy