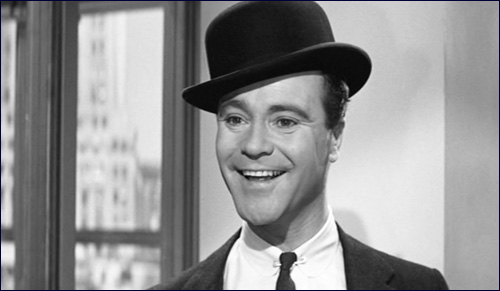 Billy Wilder, consciously or not, was telling us the story of a Jew, destined to wander the world as an eternal outsider.

Ask any fan of Billy Wilder to name their favorite of the master’s films, and almost inevitably the answer will be either “Some Like It Hot” or “The Apartment.” Marilyn versus Shirley. “Nobody’s perfect” versus “Shut up and deal.”

Surprised by the insight, the great director said, “Who told you this?”

I was in the former camp until, while watching “The Apartment,” I had an epiphany.

To set the stage: In my former life as a motion picture literary agent, I represented writer-director Cameron Crowe beginning with the movie rights to his first book, “Fast Times at Ridgemont High,” and the screenplay he wrote based on it.

Wilder won an Oscar for directing “The Apartment,” and shared the screenwriting Oscar with I.A.L. Diamond.

About 15 years ago, I arranged a screening of “The Apartment” in the Creative Artists Agency’s (CAA) theater with Crowe present for a Q-and-A after the film.

To summarize the intricate plot: In a large insurance firm, an anonymous, gray-suited worker, C.C. Baxter, played by Jack Lemmon, tries to curry favor with his bosses by lending them his Upper West Side apartment for their extramarital affairs. One manager in particular, Mr. Sheldrake (Fred MacMurray), uses Baxter’s apartment in exchange for a promise to promote him. Baxter is deeply saddened to learn that Sheldrake’s mistress is the woman he secretly longs for, Fran Kubelik (Shirley MacLaine), an elevator operator in the building. Baxter must decide between the woman he loves and the advancement of his career.

In addition to the three main characters, Baxter’s managers are named Kirkeby, Dobisch, Vanderhoff and Eichelberger. The residents we meet in his apartment building are Dr. Dreyfuss, Mrs. Dreyfuss, and Mrs. Lieberman. It’s the gentile authority figures versus the Austro-Hungarian Jews, with MacLaine’s Kubelik as the outsider to both groups.

When Dr. Dreyfuss offers life advice to Baxter, he says, “Be a mensch,” which the good doctor defines as “a human being.” Meanwhile, Mrs. Dreyfuss makes chicken soup for Baxter, and Mrs. Lieberman collects his rent.

Wilder was a Polish-born Jew whose family moved to Vienna. He left in 1934 for Paris, then Hollywood. In “The Apartment” he re-created a Little Vienna on the Hudson.

On the other side of the ledger, Kirkeby drives a VW Beetle, the only car we see in the film, and reports in disgust what he did with his mistress after Baxter reclaims the key to his apartment: “I wound up at the Guggenheim Museum.” The Jewish name fairly curdles in his mouth.

Baxter is torn between these two cultures: the amoral, manipulative larger society where material success beckons, and “home,” where what matters is ethical behavior and tradition (that chicken soup).

At the movie’s climax, he makes his choice, returning the key to the executive washroom to Sheldrake. The key represents all the privilege and sense of belonging that Baxter thought he wanted. It’s the defining moment for our hero. Undergoing his own epiphany, Baxter says to Sheldrake, “I’ve decided to become a mensch.”

With that declaration, Baxter’s life falls apart. He loses his job, the girl, his apartment, and takes a punch to the nose. As he packs up his minimal possessions, Dr. Dreyfuss asks him where he will go. He says, “I’ve got to get out of here.” Soon after, MacLaine’s character asks, “Where are you going?” Baxter replies, in effect, “Who knows. Another town, another job, I’m on my own.”

Sitting in the CAA screening room hearing those words, that’s when the lightbulb went off. Baxter is the Wandering Jew, the archetypal figure doomed to move from place to place, never quite fitting in, yet always somehow surviving.

Is C.C. Baxter, with the bland, gentile name, not the essence of the Wandering Jew? He will always adapt to adverse circumstances. He will always return to his essence. He will survive and teach those around him the same ageless lesson we come to at Yom Kippur: It takes courage to recognize one’s mistakes and make a better choice.

The day after the screening, I phoned Crowe to relate my interpretation, which seriously bemused him. I asked him if he would run it by Wilder the next time they spoke.

Two hours later, Crowe called me back. He had just spoken to Wilder. After Crowe laid out my theory, Wilder had only one response: He answered a question with a question.

Surprised by the insight, the great director said, “Who told you this?”

All these years later, I think that meant I was onto something.

This article originally appeared in the Jewish Journal here

7 Things An American Pickle Gets Right about Judaism
The Promise Of The Land
Which Chat Are You On?: Parshas Behar/Lag Ba’Omer
Do You Like Slow-Cooked Food? Thank the Jews
Comments
MOST POPULAR IN Art Smarts
Our privacy policy