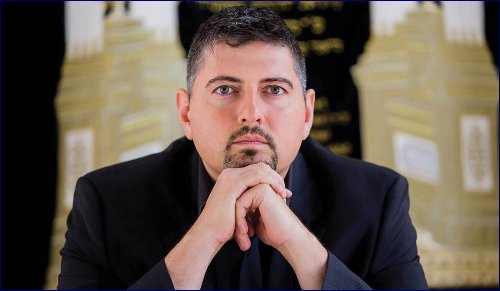 Co-founder of Hungary’s far-right, anti-Semitic party discovers he’s Jewish, forcing him to rethink his life and reconnect to his roots.

How does one react on discovering at the age of 30 that one is Jewish? And how much more shattering would that revelation be if one is a raving anti-Semite?

For Csanád Szegedi, it was “the most traumatic and probably the worst day of my life.”

The guest speaker at Aish Hatorah South Africa’s gala dinner held in Johannesburg last week, Szegedi related how, as a 20-year-old university student in 2003, he had co-founded the far-right, anti-Semitic Jobbik Party; created concomitantly was a paramilitary organization, Hungarian Guards, which struck terror into the hearts of minorities, making him the embodiment of Hungarian Jewry’s worst fears. 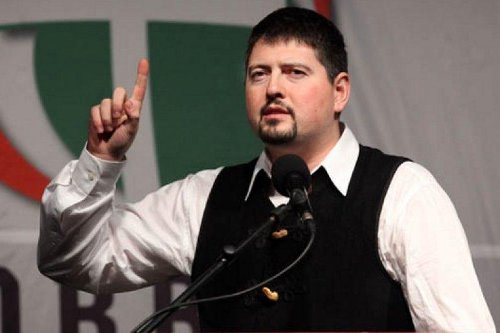 By 2012 Jobbik had grown to be the second largest political party in Hungary. It was at this time that a political rival claimed to have documentary proof that Szegedi was in fact Jewish.

“To clarify the rumour, I sat down with my maternal grandmother to ascertain whether this was true,” he recalled through his colleague and translator Jonathan Megyeri. “My grandmother, who had survived Auschwitz and had a number tattooed on her arm, admitted she was once Jewish, but she had closed that chapter after the Shoah and was not Jewish anymore.

My grandmother who survived Auschwitz and had a number tattooed on her arm admitted she was once Jewish.

“She said my maternal grandfather was also Jewish and had worked in a forced labour camp during World War II.”

There was no escaping the shocking truth: Csanád Szegedi was a Jew.

His inner turmoil was compounded by the fact that his appearance did not gel with his internalized image of Jews. “I cannot be Jewish,” he thought to himself. “I don’t have a big enough nose, a hunchback and two bags of money under my arms!”

Szegedi, who had never encountered a Jewish individual, decided he had to meet a “real Jew”, specifically from the religious community. “But I did not have many rabbi friends,” he notes in something of an understatement.

So he googled “Budapest rabbi” and found one who worked in outreach. At first the rabbi thought he was joking. “He suspected it was candid camera,” Szegedi remembers.

“He gave me an appointment and I went to see him. I thought he was going to throw me out. Much worse – he told me I should sit down and learn!”

With his wife, Szegedi was invited to synagogue where “I held the book upside down.” The enmity and hatred he encountered there was so great that the rabbi had to call a meeting, where Szegedi faced some aggressive questioning from the community.

“Despite all this, I thought I have no other way to choose but to walk the Jewish way.” He has since become kosher and Sabbath observant.

During his interrogation by the community, an old man had asked him “very softly” when he was going to be circumcised, something he refers to as “not my favourite part of Judaism.” A year later, after the procedure “which I never thought I’d undergo,” Szegedi received his first “aliyah” on Yom Kippur.

“It was the first time I had the opportunity to be called by my Jewish name,” he relates. “The old man came up to me and said: ‘I pardon you now.’” 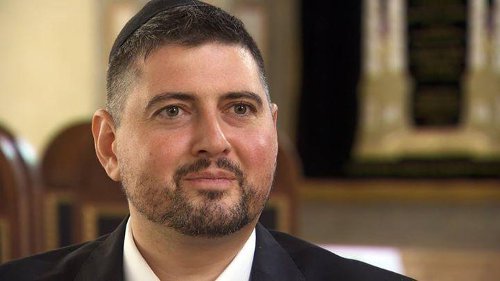 In the light of these developments, have his mother and grandmother embraced their Judaism? “I have had long conversations with both,” he says, “and I must admit that neither was particularly happy with the outcome of events.

“My grandmother worked so hard for the past 50 years to try to assimilate and it seems she failed in the end. My mother is simply afraid of embracing her Jewish roots.”

While his grandmother passed away a year ago, Szegedi’s mother, who had no knowledge of Judaism, has accompanied him to synagogue on a few occasions and he has taken her on a visit to Israel.

The 33-year-old now says he is “not too proud” of the fact that he was second in command of the proto-Fascist party and for three-and-a-half years has been “extremely busy” attempting to atone for his past.

Amidst much emotional upheaval, the main issue engaging his mind was how to make up for “all the bad deeds” in his previous life. The Av Beth Din in Budapest suggested he go around to schools, college campuses and universities explaining the dangers of anti-Semitism, as well as address Jewish communities, all of which he has been doing for the past 18 months.

But has he done anything to eradicate anti-Semitism amongst the people he used to lead? The question is whether it is worthwhile to engage in conversation with someone who is anti-Semitic, especially where political interests are concerned, he retorts, seemingly sidestepping the issue.

Since Jobbik is the most popular party for those under 30, there is “something wrong with the education system if all the youngsters could be attracted to this type of nonsense.”

He is, however, not shirking his personal responsibility. “I am far from being satisfied that my lecturing does the job,” he concedes. “I try to do everything I can through my story to get my ideals out in public.”

To this end, Szegedi is writing a book and a documentary film is in the pipeline. “My story will get to more people and I could have more influence than I have,” he says.

While he has endured threats from his former party, these are “mainly over. I received many e-mails. Some people in the party are very aggressive, but this never led to any real danger.”

“What makes someone anti-Semitic?” he ponders, voicing the eternal question. “I had never met a Jewish person in my life.”

The only thing to do to fight anti-Semitism is to do more to be Jewish, be proud and definitely do not hide it.

“Anti-Semitism cannot be rational – it stems from frustration and depression. I did not meet the kind of monsters portrayed in anti-Semitic circles,” he says of his integration into the Budapest Jewish community.

“The only thing to do to fight anti-Semitism is to do more to be Jewish, be proud and definitely do not hide it,” he concludes.

While Szegedi’s wife is not Jewish “yet,” she has embraced his change in direction, describing it as a “new path we can only walk together.” Previously, she had been neutral to “a little bit positive” towards Jews, he explains.

“I firmly believe you cannot run a Jewish home without the support of the woman,” he states. “While I had my doubts along the way, she was always supportive and pushed me in the right direction.

“She put magnets on the fridge with the different blessings for food. She’s the one that dresses my kids up for Shabbos,” he says, referring to their two sons aged four and seven years. “We started this path together and I thank her very much.”

As for coping with the Hebrew prayers, Szegedi says although the language is logical, it is “not easy for the European mind. I could probably count on the fingers of one hand, the number of times my rabbi was happy with me!”

Sharing the “main message” of his life, Szegedi states: “Some of you may not consider yourselves observant, but I doubt that any of you went further away from God than I did.

“God has proven to me that he is not particularly looking for vengeance, but he’s also very (quick) to pardon.”

As to his three core reasons it is worthwhile being Jewish, he says: “You are Jewish anyway, so you might as well enjoy it! From a spiritual point of view, we belong to a nation that God watches over personally.

“Most importantly, we’re part of a family that, thanks to organizations like Aish HaTorah, welcomes back every lost member. Thank you, my South African family, for welcoming me.”

Please Don't Tell Me How Good I Look

Me and My Antisemitic Girlfriend
It Takes A Lot Of Faith To Be An Atheist
How Instagram Brought Back This Nostalgic Soup
What Makes Eli Run?
Comments
MOST POPULAR IN Spirituality
Our privacy policy