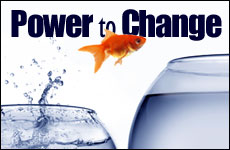 In one of the most frightening nightmares I can remember I was running in terror from someone who was chasing me. I turned around to see who was after me. It was me.

One of the most difficult tasks we have is to stop running and face ourselves honestly. It’s a tall order, but we’re given an amazing gift that makes it easier – a process called teshuvah.

Teshuvah is usually translated as repentance, but literally it means to turn around (and face ourselves honestly), to return (to our innate goodness). And the Jewish month of Elul, which we just entered, is a particularly auspicious time to work on it.

So what’s teshuvah all about?

Ever wonder how someone who never had the self-control to lose five pounds can suddenly find the will power to start eating kosher? Or the fellow who just can’t find the willpower to quit smoking but somehow manages to refrain from smoking the entire 25 hours of the Sabbath?

The secret is the limitless power of teshuvah. The Medrash says that teshuvah was created before the world itself was formed – which is another way of saying that teshuvah is not bound by the laws of nature. When we understand this power of teshuvah, nothing can stand in our way. We can defy spiritual gravity; we can pull free of all the things that keep us down: the force of habit, mental inertia, toxic negative thinking. We can become a better spouses, parents, friends and Jews. We can change.

Related Article: Forty Days to a New You

The Power of Small

We live in a world where the greatest power lies in the smallest objects. Think of the enormous memory capacity of a computer, or a cell phone’s ability to connect over enormous distances. They all work because of that wonder of technology: the itty- bitty, humble silicon chip.

When it comes to change thinking small is thinking big.

Attempts to make major changes in personality or bad habits usually fail. Teshuvah attaches a high value on small, clearly-defined, achievable modifications of behavior. These will lead to big accomplishments, to success and not failure. When it comes to teshuvah thinking small is thinking big.

The Talmud has over 2700 pages. It’s an enormous project of study, which used to be completed by only a small, elite group of scholars. Then came an innovative idea: get people to commit to studying only one Talmud page a day. Hundreds of thousands of Jews – accountants, lawyers, students, and retirees from all walks of life – recently celebrated finishing the entire Talmud.

The Power of Love

Teshuvah can be done any time of the year. But this month, the Jewish month of Elul, is special. Jewish tradition says that in this, the last month of the year, change comes more easily than any other time.

One of the most beautiful lines in the Bible is “I am to my beloved, and my beloved is to me.” [Song of Songs 6:3] This is God’s declaration of love for us and our love for Him. The first letters of the Hebrew words of this verse spell “Elul,” a hint at the special loving relationship that this month brings with it.

When we love someone we have endless faith in them – as G-d has faith in us, in our capacity for goodness, and for change. In Elul, we enjoy His loving gift to mankind that says: I believe in you. No matter how far you have traveled in the wrong direction, no matter how wrong your choices have been – there is always the opportunity to return.

But, you may be thinking to yourself, it’s just so difficult!

The Midrash gives us some pointers and a hefty dose of inspiration in a story of a poor man living 2000 years ago, and his encounter with angels.

Rabbi Chanina ben Dosa lived during the Second Temple era. He desperately wanted to donate something to the Temple, but had no means to do so. So he went out to the desert and found an enormous rock.

He spent hours and days in the burning Middle Eastern sun, chiseling and polishing his rock, hoping that his handiwork will be used in the Temple structure. Finally he was finished; he was ready to take his work to Jerusalem. But he couldn’t lift the rock by himself.

God sent a team of angels disguised as simple laborers to help him. They placed their hands on the rock and asked the rabbi to help. Rabbi Chanina ben Dosa exerted himself to lift the stone. In the blink of an eye, effortlessly and miraculously, he found himself and his stone in Jerusalem. The “laborers” had vanished.

Great story, but it begs the question: Why did the angels ask the aged rabbi for help? Couldn’t the angels do it on their own?

The story’s message is that first we have to make an attempt to reach our goal. Then Divine help will extend a hand. I have to start my teshuvah journey by myself and put in my effort, but I am not alone. There is a greater power Who loves me, and Who wants to celebrate my success.

Armed with the knowledge of teshuvah’s power we can face our true selves. We are not afraid because we know change is possible. Our nightmare can become a sweet dream, a wonderful new reality. 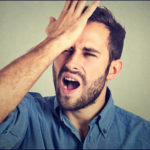 How to Confront Your Mistakes and Try Again4 min read 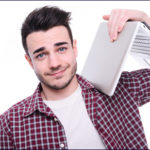 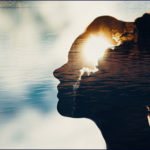 Rebbetzin Heller on the Opportunity of Elul: At Home in Jerusalem PODCAST1 min read 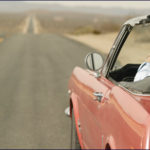 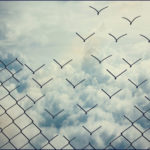 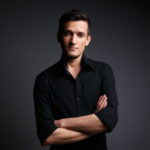