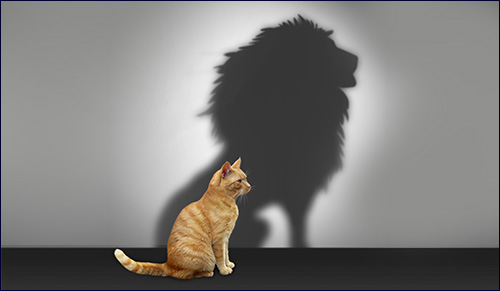 Don’t miss your opportunity for greatness.

On the afternoon of September 18th, a teenage driver lost control of his SUV as he sped down Salt Lake City’s Indiana Avenue. The GMC Yukon tore through the safety barrier, went airborne into a ravine, and landed upside down in three feet of water and the bottom of the gully. Dazed or unconscious, strapped in by their seat belts, the driver and his two passengers had minutes before they would drown.

What happened next offers a welcome relief from the relentless litany of strife and suffering that fills the headlines. Moments after the crash, nearly a dozen bystanders waded into the waist-high water and, working in unison, flipped the massive vehicle over onto its wheels, lifting the crash victims out from under the water and saving their lives.

But it might never have happened. As horrified onlookers stood frozen and stared at the capsized SUV, Leo Montoya, Jr., an out-of-work locksmith, overcame the Bystander Effect, plunged into the current and dove under the water in an effort to save the occupants. Unable to free them from their seat belts, only one option presented itself.

The collective effort of bystanders saved three lives due to one man who convinced them to act.

Turning toward the crowd, Mr. Montoya shouted, “We have to get this vehicle back on its wheels. Now, now, now!” Prompted by his commands, some of the men standing on the roadside began following him into the water. With so many pairs of hands and shoulders at work together, the Yukon rolled up and over until it was back on all four wheels and the passengers were clear of the water. When firefighters arrived, they freed the occupants and rushed them to the hospital.

The collective effort of bystanders saved three lives. But only because one person showed them the way and convinced them to follow.

The incident calls to mind another scene that happened 3,326 years ago after the exodus from Egypt at the splitting of the Sea. Faced with Pharaoh’s chariots bearing down on them from behind and the imposing expanse of water ahead, the Jewish people’s faith in God wavered. “Were there not enough graves in Egypt that you had to bring us out here to die?” they railed against Moses. The situation was impossible; there was no hope.

Until one man spoke up. Nachshon ben Aminadav, the prince of the tribe of Yehudah, cried out to the people: “If the only way to escape the Egyptian army is to go forward, then forward we must go. Let us do what we can and trust God to do the rest.” And with that, he waded out into the sea.

Inspired by his words, the people followed him. Deeper and deeper they advanced into the waters until, as the water reached Nachshon’s chin, the sea split before and around them, offering both the means of the Jews’ escape and the method of the Egyptians’ destruction.

What’s more, the potential of the many may remain unrealized until a singular individual shows that he has no interest in probabilities and, through sheer determination, awakens the collective spirit through which the impossible becomes reality.

In this season of Judgment and Renewal, we find a profound confluence of the individual and the collective. We all want to be good and do good, and change the world for the better. But we lack confidence in ourselves, we lack the conviction to act, we lack the courage to risk failure. So we miss opportunities for greatness – not just by failing to charge into the breach, but by not expecting more from ourselves, by not setting the bar of human achievement and human integrity a little higher.

Just ask Leo Montoya. “As far as I know, a couple of kids get to live because of my actions,” Mr. Montoya told reporters. “I feel like I'm somebody.”

Keep Your Eye on the Expert
Deep Breaths
What Happened to the Truth?
The Japanese Everything Bagel Spice Recipe
Comments
MOST POPULAR IN Spirituality
Our privacy policy