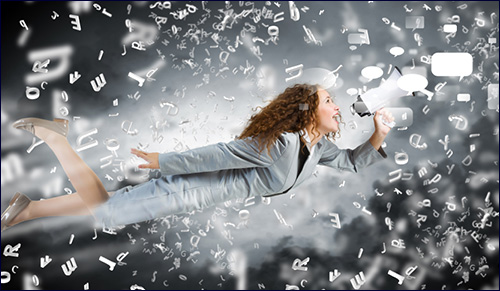 Meet Tamara. She’s my friend. And I hate her.

Have you ever had the misfortune to meet the "perfect" woman? I mean the one who is at the gym at six in the morning, has her kids at school in the dent-free minivan by eight, and is at the office by nine, where she leads her department in sales, not only for last fiscal quarter, but for the entire year? Worse, she also has the audacity to be slender and well-dressed. She doesn't look a day older now than she did fifteen years ago.

Have you ever had the misfortune to meet the "perfect" woman?

Oh, and did I mention that exactly one week after Purim, this woman has cleared half her kitchen cabinet space for Passover foods and has started shopping for the Seder? I have a friend like this – I’ll call her Tamara – and just this morning, she emailed me the handy Pesach preparation guide that she developed. I begin printing it out but my cartridge runs out of ink. I replace the cartridge and leave the room, but darned if that thing isn’t still printing a half-hour later. Charles Dickens’ novels aren’t this long. When it’s finally out, I begin reading: "30 days before Pesach: Dust light bulbs in every fixture. Vacuum ceiling air vents." OMG, as my kids would text. Is this her idea of a Purim joke?

The part of me that would rather sit back and watch a chick flick than face the reality that Passover is coming wants to hate Tamara, because to rub kosher salt in the wound, she is also a gourmet cook. Last time we spoke, she casually mentioned plans to finally write that cookbook just so she doesn't have to keep giving out the same recipes over and over to all everyone who asks for them. Naturally, any proceeds from book sales will go to cancer research. It will be hard to find the time for this, since she is also training for a half-marathon.

But how can I hate Tamara? “Hate” is so un-Jewish, and anyway, it’s impossible to hate someone who showed up on my doorstep with hot lasagna for my family when I was in bed with flu. (Thankfully, one of the kids greeted her at the door, sparing me the sight of her in a chic silk dress with high-heeled slingbacks.) Now that I think of it, Tamara was also the one who volunteered to take the kids for a weekend some years back so my husband and I could get away, and then – when my kids were discovered to be lice-infested – didn’t even call me. She just de-loused them herself. It would take a real blackguard to loathe a woman this selfless, this accomplished, and so very, very nice. I tried to comfort myself for being infinitely less organized, less productive, less glamorous and less filled with the milk of human kindness than Tamara by imagining that she is hiding something dark and terrible, such as kleptomania. But oy, that wasn’t even giving her benefit of the doubt, another Jewish virtue where I am deficient.

How can we mere mortal women learn to cope with the existence of these paragons of energy, virtue, organizational skills and – perhaps most unforgivable – weight control, especially as Passover approaches? How can we protect ourselves from feeling like slackers as we serve pre- Passover dinners whose recurring theme is “freezer burn” just to get rid of chametz, while she stays up half the night baking a birthday cake for her kid that looks like a pirate ship?

For years I was a slave to these extremely unhelpful comparisons. No more! Dayenu! Passover is about freedom, which is something we women need to remind ourselves when we are going mano-a-mano with the business side of a sponge. (But think about how strong our arms will be!) Now I give myself pre-Pesach affirmations, including: I am more than just chopped liver! And: If I get through Pesach without driving my family crazy, keep a smile on my face and feel grateful for all that God has given me, I’m going shopping at Nordstrom after the holiday. I find these are very helpful.

This year, I won’t entertain for a second the idea of trying to copy Tamara or anyone else. This year, I have finally figured out that sisterhood may be powerful, but comparisons are poison. My kitchen will never, ever be turned over for Pesach until three days before the holiday, max. I will never make those Passover cakes that require beating a dozen egg whites stiff, because to me, life’s just too short for that sort of activity. Jewish women are really amazing, and we each have our own way of shining, of giving, and of coping with Passover.

Yes, Passover is just a few weeks away, and Tamara is undoubtedly already doing battle with her DustBuster and the basement couches. That’s her choice. Me, I listen to the rabbi who once gave a class saying that outside of the kitchen, cleaning for Passover should take one hour, tops. (I don’t care that this rabbi was then run out of town, never seen or heard from again; I like his policy and I’m sticking to it.)

Groucho Marx famously said, "I wouldn't want to belong to any club that would accept me as a member." Hey, I’m blessed to belong to a group of tremendously accomplished – if occasionally irritating – women who do accept me as a member, and will even de-louse my kids when I’m on vacation. I should complain? I'm a part of the great sisterhood, and we are here for each other. That’s a good place to be.