The Money or the Box 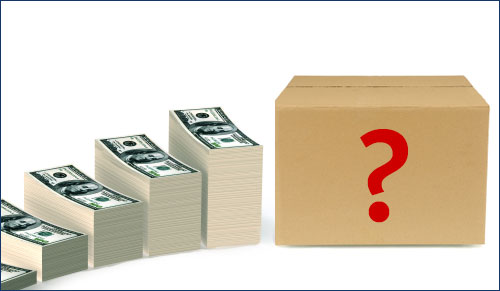 I thought the answer was obvious until I faced the test.

I hated my first job. I worked as a credit risk analyst in one of the country’s major financial institutions. I was the envy of all my friends, and I was highly overpaid. But I detested it. The work was boring, repetitive but mostly meaningless. I hated trying to make even more money for shareholders by squeezing higher interest repayments out of our debtors.

But I learned a lot about myself there. I learned how important it is for me to be doing work which I deemed to be impacting on society. I learned that my passion is for bettering the world, not analyzing data. So when I found out about a new opportunity, I called immediately. It was for a social development for-profit company which was filled with people even more passionate than I was about changing the world. I was hooked, and when they phoned to offer me the job just hours after the interview, I was thrilled. I could not believe my luck and could not wait to resign.

My boss had known how unhappy I was and was thrilled that I had found something I was excited about. Just before I emailed my official resignation, he called me into his office. “Eli,” he said in his strong Indian accent, “bonuses are going to be paid out in six weeks, and I wanted to let you know that you will be getting a bonus. You worked hard for us this year, so thank you.”

Suddenly my perfect plan got derailed. $5000 would be mine if I waited six weeks.

My eyes went wide and I nearly fell off my chair. I hadn't even thought of my bonus and assumed I wouldn't be getting one. I hadn't achieved as much as I thought my potential was, and didn't think my boss approved either. Yet obviously I was wrong. Suddenly my perfect plan got derailed.

The game changed. My new employer wanted me to start in a month. However, if I wasn’t employed in my current position on the date bonuses would be paid out, I wouldn’t be eligible for my annual reward. And it was not a small amount of money. $5000 would be mine if I waited six weeks.

I had a big decision to make. I always believed that money was not the defining factor in my life. I like pretty things and want to be comfortable and secure, but living a meaningful life was more important to me than my bank balance. I was not prepared to work killer hours and sacrifice time with my family, friends, my community outreach projects and volunteer work and quality of life. I had grown up with six siblings and our parents who served the community. My father is a rabbi who spends every second teaching, counseling, learning and guiding the community. My mother is a life coach, mentor and spearheads community projects. My parents’ chosen vocation combined with having seven kids meant money was never something we had an abundance of. I never felt deprived, but money was always an issue. There were no overseas trips; we wore hand me downs. Yet my childhood was happy and joy-filled and abundant. My parents are two of the happiest people I have ever known, and despite not being materially wealthy, I always knew my parents were extraordinary. Despite their somewhat limited finances, their impact on the community is immeasurable. They sacrifice their time and financial gain for the benefit of others.

I wanted to be like them, to be changing the world every day. I always knew that I too would value meaning over money. If it ever came down to choosing, I was confident that the choice would be automatic – until I was offered the money or the box.

For the first time, this supposedly given value was confronted in a cataclysmic way. I emailed my new employer and explained the situation. I told them the truth – that my husband was returning to school the coming year, and the extra money would help us substantially. Yet they would not budge. I had to start in four weeks, or they could not guarantee the position.

On a deeper level, they wanted me to show that I was prepared to give up financial freedom to join their vision. I was torn asunder. The golden bonus check gleamed in the horizon. I had worked so hard for this money. The new job and the hope it offered tugged at my heartstrings. A future where I could work in a place with people devoted to bettering themselves and society. I would be surrounded by risk takers and dreamers and passionate people. My work would take on meaning and joy. I could use my God-given talents to give something back to the world.

Sleepless nights followed. Hours and hours of debating and rehashing were spent with anyone who would listen. This money could help us. We could start saving. We could take an exotic vacation. I was gutted. There was no right answer.

My values were tested, and I proved to myself that I would not sacrifice my dreams for dollars.

And then it hit me. Driving to work one morning, I realized that in ten years, the money would be forgotten. If I stayed for the bonus, then I would probably spend the money on some new gadgets, an awesome vacation, and save the rest. It would not really make a dent in our lives.

Life was offering me a choice. The money was a finite amount, offering more spending ability. The new job was a way of life, a road inwards to living my dream.

So I did it. I gave up the bonus and resigned. And once I did, I never looked back. Never once in the past years when our finances were stretched did I think to myself “if only I had taken that bonus.” Even when I was on unpaid maternity leave and my husband was unemployed – never did I think with longing about that bonus check. Ironically, the dream job did not work out. But I do not regret my decision for one second. My values were tested, and I proved to myself and the world that money will not be the ultimate decider of my destiny, and nor would I sacrifice my dreams for dollars.

Real Self-Esteem: A Video for Your Soul
It Takes A Lot Of Faith To Be An Atheist
How Instagram Brought Back This Nostalgic Soup
What Makes Eli Run?
Comments
MOST POPULAR IN Current Issues
Our privacy policy