I Don't Fit in a Box 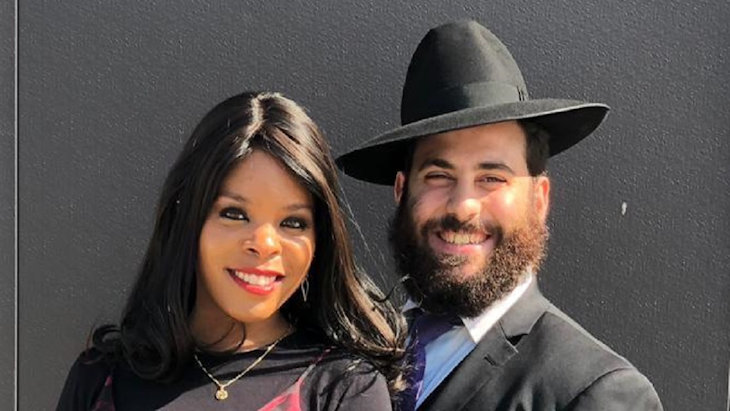 I never have. I don't know any black Jew who does.

I’m used to standing out. As the only child to my amazingly loving parents, I was raised in a predominantly white suburb with a large Jewish community. In grade school, I was the only black child in most of my classes. I never really thought about color or felt out of place until we turned to the slavery chapter in our history books – I’ll never forget the stares I got then.

I was so used to being the minority wherever I went that when my parents and I chose Judaism for ourselves, I didn’t think the bias we experienced in day-to-day life would be any different. I was wrong.

Life is easier when we can just put other people into boxes. But I don’t fit in a box – I never have. I don’t know any black Jew who does. Maybe that’s why people seem confused about how to relate to me.

I’d love to be able to be like my friends. I’d love to go to a simchah where I’m not mistaken for the waitress, or go to a wedding where no one comes up to me and asks if I enjoyed myself, assuming it’s my first time at a Jewish wedding. I’d also love for people to not be so surprised when they learn that no, my husband isn’t the other black Jewish person who happens to be in the room – he’s the fun-loving Ashkenazi man you’ve been talking to!

But let me start at the beginning. My parents and I underwent a Reform conversion when we became interested in Judaism. My personal Jewish journey accelerated when I got involved in my college’s Hillel and become an active member of the metro Detroit Jewish community through volunteerism and leadership. Eventually, as I learned more and became more observant, I realized that to lead the religious life that I knew was right for me, I would need to undergo another conversion, with an Orthodox beis din.

When a Hillel staff member asked if I’d be interested in going on Birthright, I said yes. At the time, I was just a 22-year-old excited about seeing Israel for the first time and making new friends; I didn’t realize that being a black Jew was such a big deal. People were so curious about who I was that some of the chaperones suggested I speak to a couple of Birthright buses about my journey.

I recall some people on the trip telling me that they were nervous to approach me because I was “different,” and they didn’t know what to say. My response? “Say ‘Hi.’” That’s all that’s needed.

Is it really so hard to just treat people the way you’d want to be treated?

When I was 30, I took a leave of absence from my job, packed my bags, and headed to Israel to attend seminary. While I was waiting in line at Israeli customs, a random traveler started questioning me: Why are you in Israel? Do you know Hebrew? Are you a convert?

I was frustrated and upset – my first 15 minutes were spent defending myself from someone so ignorant and intrusive (and it wasn’t even a customs agent asking the questions!). Unfortunately, that’s just one of the many challenges that I face. I always wonder, Is it really so hard to just treat people the way you’d want to be treated?

Dating was another difficult step. I didn’t want to be set up with another Jew of color, and I was forced to constantly defend that decision. I kept getting The Talk about how I should be open-minded and not be so picky. I’ll never forget the comment I got when I was dating my husband: “Well, you’re not really black, you’re a white girl in a black girl’s body.” I didn’t even know what that was supposed to mean – I’m only good enough now because I’m not really the stereotype of what a black woman is?

After we got married, we were invited to many different families for meals, and eventually, I learned that I needed to identify “safe houses,” homes where I could eat a meal without feeling singled out. I wish people knew what it feels like to be enjoying a Shabbos or Yom Tov meal when the discussion takes a left turn and involves race and black Americans.

As the only black person at the table, I brace myself for the stares and the feeling I get when everyone’s chatting negatively about black people, as if I don’t exist. What’s hardest of all is when there are people at the Shabbos table who I know disagree with this type of talk or behavior, but they don’t say anything or take any action to stop the behavior because they’re uncomfortable doing so. I feel very alone, as if it’s me against the world. My beautiful Shabbos, which was supposed to be calming and relaxing, is now filled with discomfort and pain.

Shul can also be very difficult, especially when there’s a simchah and the shul is filled with out-of-town guests who don’t know me. The stares from little kids – and their moms! – make it difficult to pray. One time I found them so overwhelming that I just walked out of shul crying and finished davening at home.

Even though I know that I’m not alone, that I’m part of a warm and welcoming Jewish community, experiences like this make me feel like I am. It’s hard knowing that my friends and others who are not Jews of Color don’t face this, that they don’t understand what it’s like to walk in my shoes. My friends often talk about their struggles to fit into the Orthodox community, but I’m dealing with a whole new level of “fitting.”

Please don’t use the word shvartzeh to refer to black people if you’re not speaking Yiddish. It’s offensive.

As I mentioned, treating people the way you’d want to be treated would make my life and everyone else’s life better. It doesn’t take much – just kind words and love for your fellow Jew.

The kindest thing anyone’s ever done:

I went on a trip for young professionals, where a very respected rebbetzin (wife of a renowned rosh yeshivah) addressed the room and reminded everyone to treat others with kindness, no matter their race. She had the unusual gift of being able to read a room and to understand the dynamics of her audience.

I don’t remember what we’d been discussing, or why she felt compelled to say something, but I didn’t care. At that moment, I felt the holiness from within this woman. Her ability to empathize was incredible. I didn’t feel singled out because she didn’t speak about black people in a negative light – only with positivity. At the end of the evening, she hugged me and gave me a couple of autobiographies of black Jewish women like myself.

Aliza Bracha Klein is a social worker for a public school district. Prior to becoming a school social worker, Aliza worked for a police department where she provided crisis intervention to victims of domestic violence, sexual assault and secondary victims of homicide. Prior to joining the police department, Aliza Bracha worked for many other organizations, and held leadership roles for several metro Detroit Jewish organizations. She holds a bachelor's degree in journalism from Oakland University and a master's degree in social work from Wayne State University.

Like Clockwork: The Incredible Lengths One High-Tech Company went to Keep Shabbat

Mark Moskowitz's Story: In Prison for Defrauding Investors, I Turned My Life Around