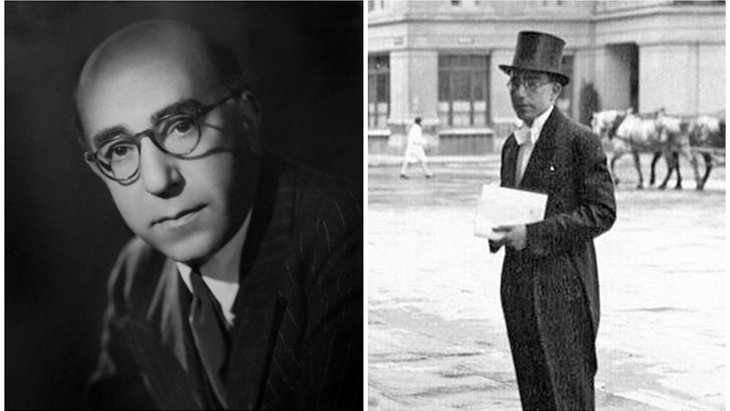 How Abdol Hossein Sardari protected Iranian Jews in occupied-Paris from falling into the clutches of Nazi persecution.

Abdol Hossein Sardari, an Iranian diplomat stationed in Paris, went to extraordinary lengths to protect Iranian Jews from falling into the clutches of Nazi persecution.

Born in 1914, Sardari was a member of the distinguished Pahlavi family. He left Teheran as a teenager to continue his education in Europe, while in 1925 his family in Iran took control of the country in what was known as the start of the Pahlavi dynasty. In 1936 he graduated in Law from Geneva University in Switzerland and joined the diplomatic service, assigned to Iran's prestigious Paris embassy in 1940 - just as Hitler invaded. 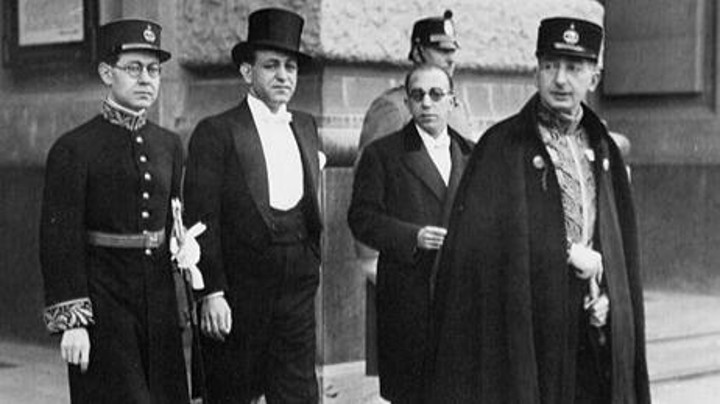 France was carved up; the Nazis took over the north of the country and a pro-Nazi French regime under Marshal Philippe Petain in the south which established its headquarters in the town of Vichy. Most of the Iranian embassy staff fled to the relative calm of the Vichy sector, and while the Ambassador, Sardari's brother in law, returned to Iran, Sardari remained behind as Consul General, heading up a scaled back staff in Paris. It was in this position he was driven by a sense of duty and personal responsibility to assist several hundred Iranian Jews in the city, at risk of Nazi persecution.

France, especially Paris, was a popular destination for Iranians, with thousands choosing to study, work and take vacations in the city. A sizeable community settled there. Historian Fariborz Mokhtari, whose book In the Lion’s Shadow details Sardari’s story, says the Iranian community were successful in the city. “They celebrated Iranian holidays, some of them owned big luxurious houses and stores.”

Iran was a useful ally for Germany on the Soviet Union’s south-western border. The countries had an existing close relationship with Germany Iran’s biggest trading partner. However, ties deepened after 1933, with Hitler’s rise to power amid his worldview of racial hierarchy, where he cultivated the idea that Iranians, like the Germans, had superior blood. This view became policy when in 1936 Hitler declared Iran as an Aryan state. This served to massage the egos of Iranian nationalists. Diplomatic and business exchanges continued throughout the years of Hitler’s rule. 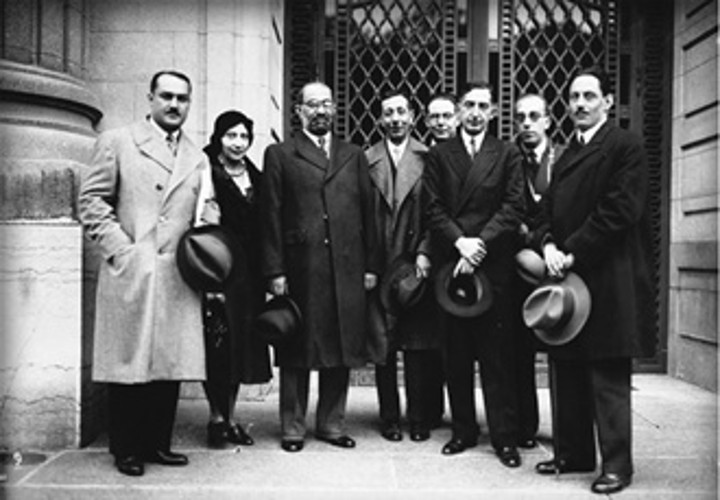 That same year, Dr. Hjalmar Schacht, the German Finance Minister and President of the Reich bank, paid a visit to Reza Shah the ruler of Iran, and a year later Hasan Esfandiari, the speaker of the Iranian parliament, visited Berlin.

Jews had been living in Persia for thousands of years with the earliest Jewish presence dating to the exile following the destruction of the first temple in 586 BCE. Under the new rule of the Pahlavi dynasty, which had ushered in a wave of modernization and new reforms, the Jewish community saw greater protection. As such Reza Shah informed Hitler that he considered Iranian Jews to be fully assimilated Iranians and would take offense to them being black listed in any way.

Despite his annoyance, Hitler begrudgingly accepted, at least in the short term while it was expedient for him that Iranian Jews not be officially classified as enemies of the Reich.

This move would be exploited to maximum effect by Sardari, now the Consul General in Paris, who eyed an opportunity to protect his countrymen living under German occupation.

One of his first steps was to help Jews hide behind the elevated status given to Iranians in general by issuing new passports which made no reference to their religion. Later he would make the case that although the Jews of Iran did follow some of the traditions of Moses, they had lived in Persia so long and become so assimilated into Persian culture, they were no longer racially distinguishable as Jews. He classified them under a new term, ‘Jugutus’ - a group who followed some Mosaic practices but were not actually racially Jewish.

“Only by virtue of their observance of the principal rites of Judaism,” Sardari wrote in 1940, could the Jugutus be confused with Jews. “By virtue of their blood, their language, and their customs, they are assimilated into the indigenous race and are of the same biological stock as their neighbors, the Persians and the Sartes (Uzbeks).”

Backed up with pseudo-scientific research, and playing on Hitler’s machinations towards Iran, as well as wining and dining Nazi officers in the city, Sardari managed to convince several senior Gestapo bureaucrats of his logic. Historian Fariborz Mokhtari explains that his efforts led to a directive that Iranian Jews in Paris be exempt from wearing the yellow-star of David.

“Sardari, with his legal education, diplomatic experience and considerable wit, exploited the classification courageously as far as it was possible, to the point of angering people such as Adolf Eichmann,” Mokhtari writes.

According to Mokhtari, Sardari issued hundreds and perhaps thousands of passports and forms of documentation for Iranian Jews who turned to him for help.

Ibrahim Morady, who had been a friend of Sardari and a recipient of his help, said of the diplomat, “He was told by his government to go back to Persia, but replied, 'I cannot leave a bunch of Iranian Jews, they will be deported.'” He added, “He was very, very active.” 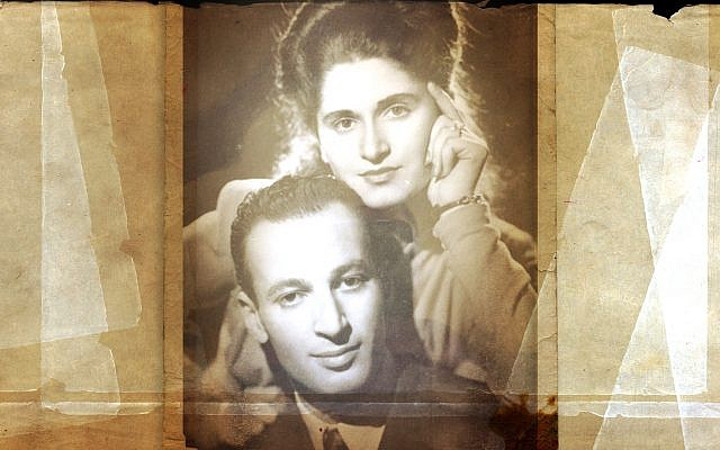 Ibrahim Morady and his wife in occupied France

He also helped Jews who weren’t of Iranian descent. Morady explained in one case that an affidavit issued by Sardari helped a Russian Jewish doctor in Paris who had been stopped and questioned by the Nazis. “It saved his life,” Morady said. “The affidavit said these people are not Jewish; they are Jugutus.”

Eliane Senahi Cohanim, Morady’s niece, recalls as a seven-year-old girl relying on the passports Sardari issued to her father, George Senahi, a prosperous textile merchant, to successfully escape the country.

The family had once previously tried to leave occupied France and return to Iran but had been turned back. Frightened, they first hid in the countryside before turning to Sardari in Paris - now with a heavy Gestapo presence - who issued them new documentation.

"At the borders, my father was always really trembling," recalls Mrs Cohanim, who now lives in California.

Another Iranian Jew, Haim Sasson was a beneficiary of Sardari’s kindness, with the diplomat offering to hide his antique collection in the basement of his home after Sasson fled. After the war, Sardari sent word to Sasson that he could return to retrieve his property.

After the war, Sardari had to return to Teheran where he faced disciplinary action for issuing unwarranted Iranian passports. It took him ten years to clear his name, whereupon he retired from diplomatic service and moved to London where he had family.

In 1979's Iranian Revolution forces loyal to Ayatollah Khameini overthrew the Pahlavi dynasty ushering in a new era of religious Islamic rule. Amid the fighting, Sardari learned of the execution of his nephew who had been a leading politician and that much of his own property in Iran had been ransacked and destroyed.

As rumors began surfacing of his war time actions, some of those he saved stepped forward to testify on Sardari's behalf, while Sardari refrained from speaking publicly. Following an enquiry from Yad Vashem in 1978 Sardari wrote back simply, "As you may know, I had the pleasure of being the Iranian Consul in Paris during the German occupation of France, and as such it was my duty to save all Iranians, including Iranian Jews." He died three years later in 1981. 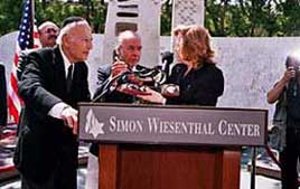 Fereydoun Hoveyda receiving an
award on behalf of his uncle.

In 2004, the Wiesenthal Center posthumously honored Sardari with an award presented to his nephew, Fereydoun Hoveyda, a previous Iranian ambassador to the UN during the 1970s. The ceremony was attended by the late Ibrahim Morady, who finally had a chance to express his thanks to the courageous diplomat who saved his life.

SS Guard who Fell in Love with a Jew in Auschwitz
Faith: the Axis Upon Which the Wheel of Science Turns
Love - Not Just About Chemicals Anymore!
Is There a Moral Code in a Virtual World?
Comments
MOST POPULAR IN Israel
Our privacy policy