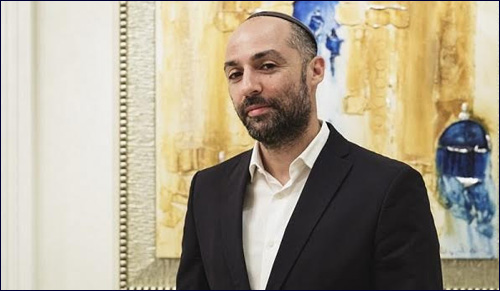 Steve Maman has saved 130 Christian and Yazidi women. His Jewish ethics are driving him to do more. An Aish.com exclusive interview.

"The defining moment for me was when ISIS (released) pictures of children crammed up in a cage dressed up in orange jumpsuits while outside a soldier held a flame to them. I said to myself, 'Steve, you're going to act.'"

By now we've all seen the photos of prisoners and refugees; we've each read of the atrocities unfolding across the world. For most of us, the daily parade of misery and unthinkable brutality we see in the news can feel numbing: when we read of tragedies unfolding thousands of miles away, it can seem natural to feel that nothing we personally can do possibly could make any difference.

”I cannot and will not stand idle,"

For one Jewish businessman in Montreal, averting his eyes wasn't an option. Steve Maman, a 42-year old father of six, would seem at first to have little if anything to do with the Iraqi victims of kidnapping and slavery a world away in Iraq. A crystal wholesaler and antique car dealer and father of young children, Maman might be forgiven for feeling that he was too busy to try to help.

In an Aish.com exclusive interview, Maman explains that doing nothing simply wasn't an option: "It's my Jewish education." As a child, Maman attended Montreal's Maimonides school which stressed the interconnectedness of all Jews and all people. When Maman and his classmates learned about the Holocaust, he recalls learning "it didn't happen to the Ashkenazi community – it happened to the Jewish community overall. My teachers removed the barriers, teaching that we are all connected. This is what prompted me to recognize the pain that was being inflicted on those people and feel a visceral connection with the Christians and Yazidis in Iraq.” 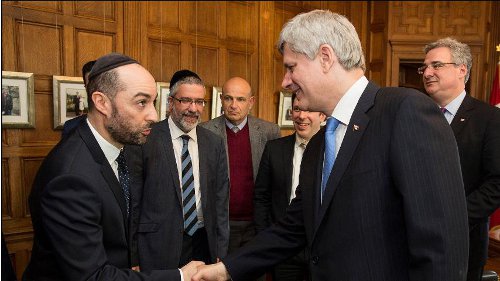 Maman takes the Torah's obligation to push ourselves to help others very seriously. "I said to myself, I cannot and will not stand idle," Mamon explains, echoing the Torah's injunction "you shall not stand by the blood of your brother" (Leviticus 19:16). "As I was always taught, ‘'One who saves a life, saves a world'" (Mishna Sanhedrin 4.5).

The situation of Christian minorities and Yazidis, a mostly Kurdish ethnic group with its own distinctive religion, in Iraq is desperate. After ISIS forces took over the region around Mosul and Sinjar in August 2014, they massacred and enslaved the many non-Muslims who lived in these areas. Over 9,000 Yazidis were executed, many by beheading. According to the UN Office of the High Commissioner on Human Rights, 7,000 Yazidis were enslaved. Boys taken as slaves face forced conversion to Islam and brainwashing to join ISIS. ISIS fighters distributed female "slaves" as a spoil of war, and these women and girls face horrific abuse: malnourished, kept in cages, and sexually brutalized in almost unthinkable conditions.

In the past year, some of them have escaped; others have been bought and freed. In fact, a whole business has grown up, made up of Arab and Kurdish brokers who buy the freedom of female slaves – often at the behest of their families – and sell them to relatives who release them. While some Yazidi and Christian "slaves" can be bought for as little as $125, the middlemen who do the buying and selling take a huge cut, and it costs between $1,000 and $3,000 to buy the freedom of one of ISIS's slaves. While many have been freed, an estimated 2,700 female slaves remain.

In the words of Cannon Archer White, formerly pastor of St. George's Church in Baghdad and today the head of a foundation to help resettle Yazidis and Christians in non-ISIS-controlled areas of Iraq, there is no easy way to free these girls. "You have to buy them out. There's no other way." It is these helpless, brutalized girls that Steve Maman has resolved to free by buying them out of servitude.

In December 2014, Maman set out to raise funds to buy their freedom, and set up a CYCI-The Liberation of Christian and Yazidi Children in Iraq. On the ground in Iraq, CYCI works closely with Cannon White and his local foundation to facilitate the ex-slaves' transitions to freedom. Once released, the girls are relocated to safe areas in Kurdish-controlled Iraq and, if possible, reunited with their families. In addition to buying their freedom, CYCI also helps provide them with desperately needed food, shelter and medical care. For those with no more family living, CYCI provides assistance to relocate and start anew. So far, CYCI has freed 120 women and girls.

At first, virtually all of CYCI's funds came from Montreal's Sephardi Jewish community.

At first, virtually all of CYCI's funds came from Montreal's Sephardi Jewish community, as Maman turned to his friends and business contacts with his plan. Maman characterizes his community as "remarkably generous." Kelly Amram, one of the volunteers making CYCI work, described the fundraising: "People are donating as if it were their own children" and explains why: "When we say 'never again' as Jews, we really mean 'Never again'."

Seeking additional funding, Maman approached 60 Christian organizations across Canada – and was ignored by each one. In recent weeks, as word about CYCI and Steve Maman has spread, donations have begun coming in from diverse groups and people around the world. Donors in Ireland, Germany, Britain, Australia and the United States have started funding CYCI, which has seen its funds swell to $450,000. Rabbi Saadia Elhadad, and early backer of Maman's work, spe aks for many in the organization when he says, "I would like to see more and more people around the world emulate this kind of action." Maman is now hoping to find a celebrity to back his cause, and hopes to raise $5 million so he can free each remaining slave in Iraq.

Asked how he finds time to work on CYCI while running his business and spending time with his family, Maman, laughs: "I steal time that doesn't exist. I don't sleep any more, I sleep a few hours a day. (And) I have a very strong wife." Though it isn't easy, Maman shares something he has learned: "We can put aside a little bit of ourselves to save other people." Meeting Cannon White (whom Maman contacted after reading about him online), and being in a position to set up CYCI, Maman says was Divine providence, and he feels fortunate to be in a situation where he can help. Praying and having faith help give him the energy he needs these days, Maman explains. 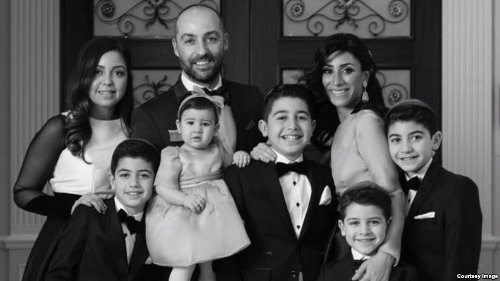 In a recent post on Facebook, Maman tried to explain what motivates him. Underneath a gorgeous picture of his family, he explained:

"I received many messages of people wondering why I founded and am so involved (in) 'CYCI-The Liberation of Christian and Yazidi Children of Iraq'. Many also wondered who we are and what we do. Well, this picture of my family sums it up. This is who we are and we do it for the reasons you see on every face in this photo. Every Yazidi or Christian child, innocent, held hostage in Iraq is entitled to such a family photo, and smiles. If we do not assist them in this time of hardship, they will never get a chance at having such a family portrait. The only way to make a difference is to share our CYCI efforts and achievements, as well as donating any amount. Act now, don't remain a spectator to the horrors they are enduring."

Some have called Steve Maman a modern day Oskar Schindler, referring to the German industrialist who saved 1,200 Jews during the Holocaust. Although he says he's "two planets away" from Schindler's level, Maman credits Schindler with inspiring him, as well as Sir Nicholas Winton, a British Jew who recently died, in July 2015, who brought 669 Jewish children to Britain from Czechoslovakia on the eve of World War II.

Maman says "I never planned for this to take off the way it did. I never called myself a Jewish Schindler or a Canadian Schindler...The only way I'm able to help children is to get help from others. I realize it was probably God who put me in this position" to help. All he did, Maman insists, is internalize the timeless Jewish lesson he was taught in school: "The Torah teaches the laws of assistance (to captives). I removed the names and borders that separate people... I helped people without labels." To those who criticize his paying money to ISIS to free slaves, Maman points out that each time people fill their car with gas they are giving money to regimes that encourage terrorism; each time Maman pays to free a Christian or Yazidi girl, he says, "I'm getting lives back."

Maman is not the only Jew to mobilize his community to help Iraqi Christians. In 2015, Lord George Weidenfeld, the British publishing magnate who escaped Nazi-occupied Austria for Britain with the help of a Christian group, explaining "I had a debt to repay," established the "Safe Havens Fund" to help rescue and resettle Christian families fleeing ISIS from Iraq and Syria. He hired a private plane to carry the first group – 150 Syrian Christians – to Poland in July 2015. Aided by other Jewish donors and the Jewish National Fund, Weidenfeld has pledged to rescue over 2,000 Christian families eventually.

Placing a Target on American Jews
Don’t Believe in Other Gods Versus God is One
Seeing Without Eyes
Why Shouldn’t We Eat Whatever We Want?
Comments
MOST POPULAR IN Israel
Our privacy policy
Aish.com Is Looking for Great Writers