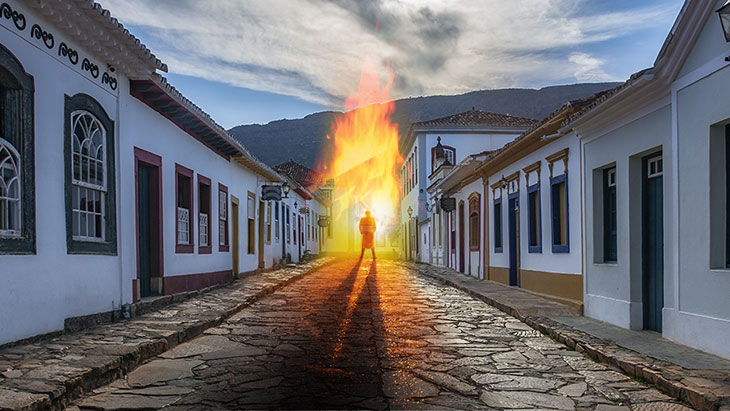 Who was Avraham ben Avraham, the righteous convert buried next to the Vilna Gaon?

Jewish history is replete with famous converts. Yitro, the father-in-law of Moses, the prophet Ovadia, Onkelos, the famous Biblical commentator and a nephew of Emperor Titus. Rabbi Akiva and his disciple, Rabbi Meir, were both descended from converts, as were the leading Talmudic Sages Shemaiah and Avtalyon. Even King David himself traced his lineage to Ruth, the convert whose story we read during the festival of Shavuot. 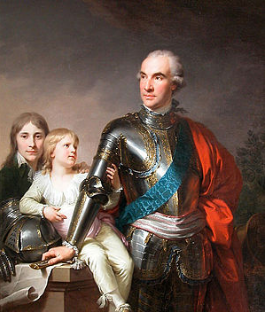 The House of Potocki

Perhaps the most important convert in recent history was Avraham ben Avraham, the righteous convert, ger tzeddek, of Vilna. Who was he and what is his story?

Avraham ben Avraham was born Valentin Potocki, a child of one the most prominent Polish families in the Kingdom of Poland.

His parents were devout Jesuit Order Catholics and at the age of 16, Potocki enrolled in a Catholic seminary in Paris. There he met Zaremba, who would become his study partner and close friend. The two were quite scholarly and decided to explore the Hebrew Bible (“The Old Testament”) in greater depth.

One day, they saw an old Jew studying a large volume of Torah and asked if he could teach them. Tradition tells us his name was Rabbi Menachem Man ben Aryeh Löb of Visun, and his teachings and explanations of the Hebrew Bible impressed them. They prevailed upon him to instruct them in the Hebrew language so they could study further. In six months, they acquired proficiency in the Hebrew, as well as a strong belief in Judaism.

At the time conversion to Judaism was punishable by death.

At this point, the friends told Rabbi Man that they wanted to convert. This was a dangerous choice in Poland because at the time conversion to Judaism was punishable by death (until this law was abrogated by the Polish Sejm in 1768). Rabbi Man suggested that they travel to Amsterdam to convert, as Amsterdam was considered a more open and tolerant place.

Potocki decided to first travel to Rome to clarify his decision. There he became certain that he could no longer remain a Catholic. He subsequently moved to Amsterdam, where he converted according to Jewish law, and took on the name of Avraham ben Avraham. Zaremba also converted and was known as Baruch ben Avraham, and he and his family moved to the Holy Land. Avraham left Amsterdam and moved to Vilna, which was at the time under Polish rule. He returned to Poland despite the danger he would be in should he be recognized, as he was liable to the death penalty for his conversion.

By this time Avraham’s parents were searching frantically for their missing son. They sent messengers to the various countries where Avraham had written to them from during his journeys, but could find no information as to his whereabouts.

Knowing the danger that he faced if he was found, Avraham consulted with the Vilna Gaon, one of the greatest sages of the past few hundred years. The Vilna Gaon advised Avraham to leave the large city of Vilna and move to a smaller town where he was less likely to be found. Following his advice, Avraham moved to the town of Ilya. There he sat in a synagogue, dressed like a pious Jew, and studied Torah for many hours of the day and night. He was sustained by righteous women of the city who provided him with adequate food.

In that city, there was a Jewish tailor who sewed uniforms for Polish bureaucrats. He overheard his clients talking about a divinity student of noble lineage who had disappeared. The tailor began to suspect that the stranger in the shul was the one they were discussing. This tailor's son had a habit of disturbing men studying in shul, and it happened once that he was sharply rebuked by Avraham. In anger, the tailor reported him to the Bishop of Vilna, and Avraham was identified and arrested.

After imprisonment and a trial for heresy, Avraham was condemned to be burned alive at the stake.

Avraham’s parents visited him in prison and begged him to renounce his Judaism publicly. They promised to build him a castle where he could practice Judaism privately. According to Rabbi Ben-Zion Alfes, the Maggid of Vilna, Avraham refused his mother, saying, "I love you dearly, but I love the truth even more."

After imprisonment and a trial for heresy, Avraham was condemned to death by being burned alive at the stake.

It is related that while in prison, Avraham communicated to the Vilna Gaon his sadness. The Gaon expressed surprise. “But you are going to give your life al kiddush Hashem, for the sake of Heaven, so why are you crying? You should be joyful!” he told him. 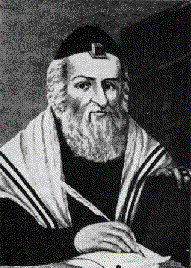 The righteous convert explained that he wasn’t pained by his impending execution, but rather because he had no continuation among the Jewish people. “I don’t have a father and I don’t have children or brothers among Israel,” he said.

On the day of his scheduled execution, local gentiles brought wood for the fire that would burn him. They then gathered in the square where the execution would take place. This was on the second day of Shavuot, corresponding to May 23, 1749.

Avraham went with joy, confident in his life’s choices. As the fire began to consume his body, Avraham recited the blessing one recites when giving up his life al kiddush Hashem, sanctifying God's Name, and continued with the words of Shema Yisrael, until his soul left his body. 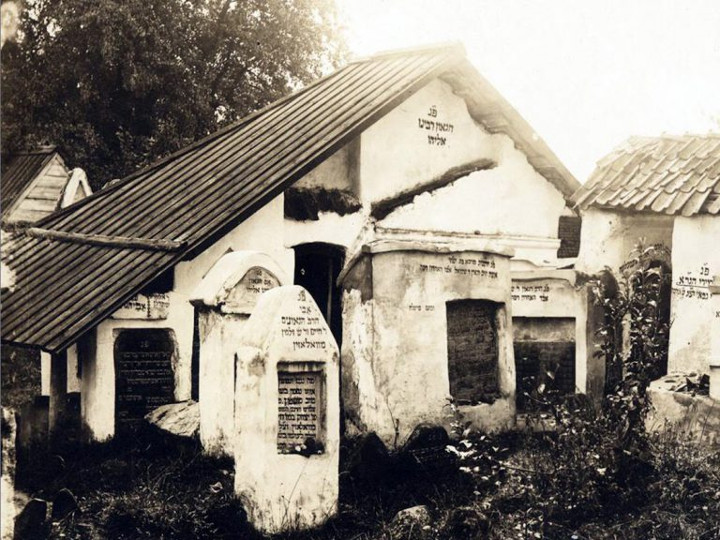 The Vilna Gaon's old gravesite, before it was destroyed.

In defiance of an order that no one should dare collect the Avraham’s ashes to bury them, the Vilna Gaon sent Reb Leizer Shiskes, a beardless Jew disguised as a gentile, to try to gain possession of Avraham’s ashes. Shiskes bribed the guard to hand him the ashes, and he was also given two fingers that had survived the fire. These were placed in an earthenware vessel and buried in the Vilna cemetery. The Vilna Gaon blessed Shiskes with long life, and he indeed lived for 112 years. In fact, on Shiskes’ grave was inscribed, “[Because of] the blessing of the Gaon, the number of the years of his life was 112.”

When the Vilna Gaon passed away, he was buried in the plot adjacent to Avraham, who became known as the Ger Tzeddek, Righteous Convert.

In 1927, the Vilna community made a monument for the plot of the Ger Tzeddek, along with a plaque that stated, “The tomb of the Ger Tzeddek, for a precious, clean, and pure soul, the kadosh, Avraham ben Avraham zt”l, who sanctified God in public on the second day of Shavuot, 5509.” On the second day of Shavuot, the Jews of Vilna commemorated his yahrzeit and tell the story of his conversion and martyrdom. It was also customary that every shul in Vilna would say Kel Malei Rachamim in his memory on that day. 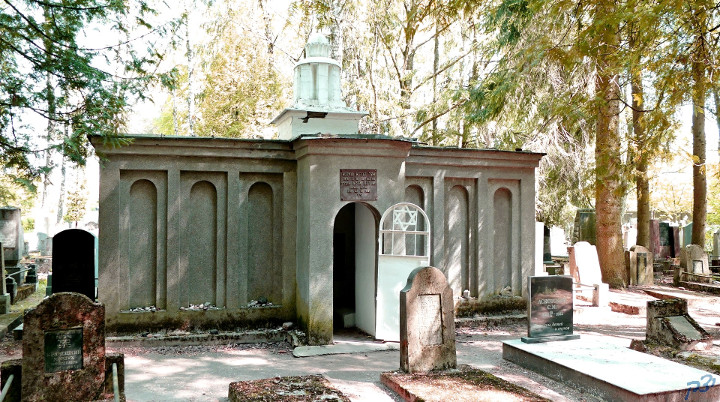 In the renowned Volozhin Yeshiva (and in many yeshivas until today), a song is sung that was composed by Avraham ben Avraham as he was marched in the streets to his execution. The words are taken from the beginning of the morning prayer service, “Aval anachnu amcha, bnei brisecha, bnei Avraham Ohavcha shenishbata lo b’Har Hamoriah” – But we are Your nation the sons of Your covenant, the sons of Avraham Your beloved one, to whom You swore at Mount Moriah, the seed of Yitzchak his only son who was bound upon the altar, etc. Blessed are You, etc., who sanctifies His name in the multitudes.”

Avraham ben Avraham was one of those souls who sanctified God’s name. His story is testimony to the great spiritual levels a convert can attain, to the extent that he was buried alongside one of the greatest Torah sage of his time. May his life and deeds continue to be an inspiration.

There are secular scholars who claim the story of Avraham ben Avraham is fictitious, due to a lack of primary sources.

Yet, there is a contemporary written account from the year 1755, a mere six years after his execution, from Rabbi Yaakov Emden (1697-1776). In his book Vayakam Edus b'Yaakov, p. 25b, Rabbi Emden wrote:

“Some years ago, a prince from the house of Potolzki converted to Judaism. He was caught and incarcerated and encouraged to return to his original faith...He nevertheless was not afraid of dying...and died sanctifying God’s name. May peace be with him.”

There are also multiple oral histories, and several 19th-century Jewish and Gentile Sources, including famed Polish author Józef Ignacy Kraszewski, that corroborate the story. Additionally, printed versions of the story from varied Jewish communities over the past 270 years, all tell the identical tale.

It has been logically suggested that the reason there are few non-Jewish written accounts of this story was because the powerful Potocki family censored the story.

I would like to note that there are descriptions about the Ger Tzedek that are clearly inaccurate or exaggerated. After extensive research, this article was written based on the most accepted version of this incredible story.

Rabbi Menachem Levine is the CEO of JDBY-YTT, the largest Jewish school in the Midwest. He served as Rabbi of Congregation Am Echad in San Jose, CA from 2007 – 2020. He is a popular speaker and has written for numerous publications. Rabbi Levine’s personal website is https://thinktorah.org.

Judaism & the Power of Names