The Bomb Threat at My Kids’ School 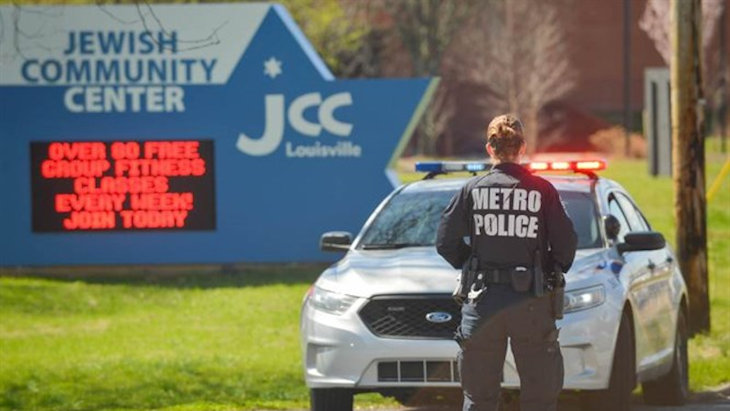 A bomb threat made us value Jewish education more than ever.

In the past few days over 50 Jewish Community Centers in 23 states across the US have received bomb threats. These threats have been anonymous and in most cases seem to have been sent by email. Though no bombs have been discovered, thank God, Jews have had to rush out of these buildings in fear of their lives.

Watching images of children, babies and adults fleeing JCCs in fear brought back horrible memories of the time my kids' Jewish schools received bomb threats. Many years ago, over several terrifying months, Jewish schools in the Chicago area received threats and put every parent on edge.

My kids were very young at the time. We’d chosen the Jewish preschool and elementary schools they attended because they were warm and nurturing. Mu kids loved their school and the wonderful teachers, and it seemed impossible that anyone would threaten to harm them.

When the first bomb threat came, I panicked and asked another mother if we should immediately pull our kids from school. We were new moms and nothing in our previous experiences prepared us for this.

Our local law enforcement was fantastic and reassured us they were protecting our precious children. They worked very hard to eventually find the person who’d written threatening letters. Even though it’s been many years, the trauma of those horrible few months have never really left me. Here are three lessons I learned from that agonizing experience.

As our kids began to explore and learn about the world, it was crucially important to my husband and me that their world included Jewish learning as well. When our kids learned the ABCs, we also wanted them to learn the Aleph-Bet of the Hebrew language. When they read books and created plays, we wanted that world of make believe and discovery to include Jewish stories and ideas.

Every Friday, my kids’ preschool had a mock Shabbat dinner complete with challah and grape juice. It was the highlight of their week. My first grader learned about the weekly Torah portion and told us about it at Shabbat dinner. These were things we would never give up.

Our kids may face hatred for being Jewish, but we would never let those who hate us define the way we live.

The bomb threats made us appreciate how important Jewish education is for us. I thought about my grandmother who fled Austria just before World War II. She experienced firsthand hatred for being Jewish, and she never tried to shed her Jewish identity in order to appease anti-Semites. Being Jewish was too important.

Our kids may face hatred for being Jewish, but we would never let those who hate us define the way we live.

Sympathizing with the criminal

Just before the bomb threats were menacing the Chicago Jewish community, I got back in touch with someone I’d known years before in high school. She was a Christian minister now, as was her husband. It was great to reconnect and we even got our families together for a fun day in the park.

When the bomb threats were called into my kids’ schools, I decided to reach out to her for support. After all, she was a religious leader in her community and a mother herself. I wanted her reassurance and support.

I poured out my heart in a long email, describing my daily fears and concerns, and how it hurt to know that someone out there hated us so much they were willing to threaten my kids. What advice and words of comfort did she have?

I’ll never forget her reply. It was only one sentence long. She directed me to an anti-Israel website and said that this was her response to what I was going through. I can still remember my shock at this raw hatred. Instead of seeing me as a real person and my children as just as real and deserving of love and security as her own, she seemed to regard us as actually deserving of harm and less important than other people. This is how fanatics think, I realized, reducing other people to the status of symbols or pawns.

I discovered that not everyone cared about Jewish children being threatened. And I resolved never to look at other people in such a cold compassionless way.

That terrifying time brought me incredibly close to other mothers from our school. We were in this together, and I experienced firsthand what it means to feel that “All Jews are responsible for one another”.

Eventually the anti-Semite threatening the schools was arrested and thank God, he never had an actual bomb. I pray that whoever called in the recent threats to the JCCs across the US is caught soon. I also fervently hope that the parents and children who’ve been terrified through this ordeal recover their sense of security – and that if anything positive can come out of this misery, it’s that they have a new, deeper appreciation of the Jewish community and of their place in it.