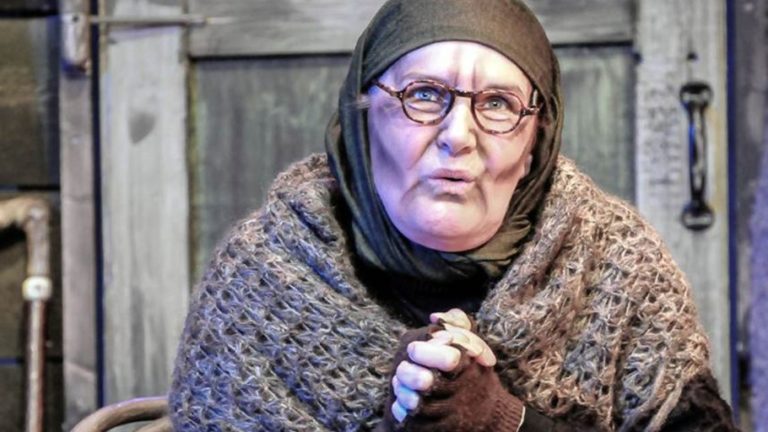 Adam and Eve asked the Almighty, “Why are marriages made in heaven?”

Shadchans! Matchmakers. Few professions have suffered such a series of “rep-warps” throughout the ages, and yes, that includes lawyers (who have been universally mistrusted. Ask Shakespeare).

For centuries, the shadchan, entrusted with the critical mission of matching two “soulmates” to make a holy shidduch was the province of the most learned and trusted. Rabbis and scholars performed this noble deed from the matching to the marriage. Appearance was always a plus, but character, morality, intellect, piety, family pedigree and compatibility were essential components of a “good match.”

The “pro” or the paid shadchan started at the close of the Middle Ages. Anxious parents now added kopek-incentive. By the 15TH century, rabbinic guidelines were developed outlining the gelting rules. Fair it was. If a match was a disaster, his fee could be refused. On the other hand, if this was a “match made in heaven” he could claim twice the fee, proving once again, We Jews pay for value.

Over the centuries, the societal need for the shadchan among more assimilated Jews diminished. Shadchans themselves changed. The learned realized income and status was often given to those with no real “resume” and they bowed out. The new shadchans who replaced them developed a smarmy, even unscrupulous reputation. In 500 years, the shadchan went from exalted and admired to an object of mocking humor. In the 20th century, “Yente” the matchmaker in “Fiddler on the Roof,” joined Dolly Levy in “Hello Dolly” who was a colorful bender of the truth. The jokes flew.

In today’s dating jungle the shadchan has been re-invented yet again. Just click on a dating site to find your bashert! Sign up and a mega-puter spits out a string of prospects whose basic species may be in doubt. It also sends us messages and stats. “Hey, you’re doing great! You have 3350 “’looks!’” Or, “Oy, change your profile.”

Interestingly, in many Orthodox circles today, going with a reliable shadchan is seen as the most dependable way to find your match.

With such an interesting history, I got curious, researched, and now present you with some of the best “Shadchan” jokes. Enjoy!

We Jews know that God Himself is the ultimate shadchan. He created humankind – two radically different improbables who could cleave “as one flesh.” After all, we first heard the sampler: In Midrashic literature we read: “Marriages are made in heaven.” Then there was the first “best” pairing: Adam and Eve.

In heaven, Adam and Eve asked the Almighty why they were the best pairing.

Dora Epstein, a widow, called upon Motel, a shadchan.

“A good amount,” replied Motel who looked through his notes. “Ah, here’s one. He’s 52 and a Torah scholar.”

Dora wasn’t pleased. “So, he reads all day. Try again.”

Motel thumbed through his notes once again. “Here we go. I widower, 56, a learned cantor in a small synagogue.”

Again, Dora shook her head. Motel kept thumbing. “A former lawyer who gave it up to study with the greatest Jewish minds in his town?”

“Dora,” said the shadchan in exasperation, just what do you want?!”

“What?! A working man?” Motel exclaimed, astonished. “For a lousy 3000 rubles?! I never heard from such chutzpah!”

Young Man: “Interesting. So, let me see her photo.”

A MATTER OF TASTE

A young artist, Chaim, contacted Zippora, a shadchan to find him a mate.

“Have I got the perfect girl for a creative soul like you!” she exclaimed.

The next day she brought over his “bashert.” Chaim gasped and took the shadchan aside.

“You call her ‘perfect’?! One eye on her forehead, one ear the size of a grapefruit, no neck, her mouth where her nose should be?! And that’s just for starters!” fumed the artist.

“Look,” said the shadchan. “Either you like Picasso or you don’t!”

In a small village there was a shortage of marriageable men, so Shmuel, who was not only miserly, but had big boils, told the local shadchan, he’d marry if the dowry was big and the girl, special.

“I have just the one,” said the shadchan. “Her father’s rich and she’s gorgeous.”

“So why isn’t she married?” asked Shmuel.

“She has an affliction. She goes a little meshugge – but only one day a year. Otherwise, perfect! And her father will pay twice the usual dowry!”

After thinking it over, “It’s a match,” said the cheap, ugly prospective groom. “Introduce us.”

“Until she goes meshugge again.”

Twenty-five-year-old Yossel enlists the services of Rivka, the town’s most renowned shadchan. Finally, after two weeks she brings a candidate to meet Yossel. They talk, and the woman leaves.

“Rivka! This woman you brought me looks like she’s 40 if she’s a day!” said the prospective bridegroom!

Have a great shadchan joke to share? By all means, add!

Step Bubbiehood
Don’t Believe in Other Gods Versus God is One
Seeing Without Eyes
Why Shouldn’t We Eat Whatever We Want?
Comments
MOST POPULAR IN Jewlarious
Our privacy policy
Aish.com Is Looking for Great Writers