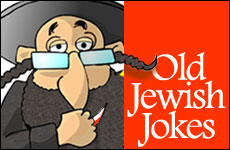 Did you hear the one about the rabbi from Chelm?

"When I first said that I wanted us to put together a late-night comedy writing team that would only be 80 percent Ivy League-educated Jews, people thought I was crazy. They said you need 90, 95 percent. But we proved 'em wrong."

Welcome to Jewish jokes in the 21st century. Not really a joke, more of an observation really -- and the funny part is that the joke is about being a majority not a minority. The Stewart quote appears in the recently published 25th anniversary edition of "The Big Book of Jewish Humor," edited by William Novak and Moshe Waldoks (HarperCollins). If you want to laugh, or know someone in need of a laugh, you would do well to order a copy -- or a dozen -- as "The Big Book" is destined to become a popular gift item for friends and relatives.

How can I squeeze into a few paragraphs all the jokes about Minsk, Pinsk and Chelm? All the tales that begin "Two Jews are on a train...." Perhaps I could just give the punchlines such as "You see, it's already starting to work"; or "My dog is dead! I was bringing her to Israel to bury." Or "Yossi put away your siddur, our prayers are answered"; or "Sadie, I'm beginning to think you're bringing me bad luck." My guess is that some you know, most you don't.

In their very funny introduction to the new edition Novak and Waldoks discuss what has changed in the 25 years since their book was originally published (beyond the fact that Waldoks is now a rabbi, and Novak became, as I like to call him, "the king of the ghostwriters," helping such diverse personalities as Tim Russert, Tip O'Neal, Lee Iacocca, Nancy Reagan, Rudy Giuliani and Magic Johnson become successful authors). One of the changes is that 25 years ago a few comics still told jokes.

"Remember jokes?" Novak and Waldoks ask. Blame it on George Carlin and Steve Martin, or Jerry Seinfeld and Steven Wright, but by the early 1980s comics had dispensed with the one-liners and stories that were the stock and trade of Borscht Belt, nightclub and television comics, and found a more conceptual, observational brand of humor that appealed to younger audiences. Comedy has never been the same.

Once upon a time, jokes were an oral tradition told on holidays at dinner tables or when friends got together.

Once upon a time, it seems to me, jokes were not the stuff of which to make a career from the Catskills or in Vegas or on television, but an oral tradition, an alternate education that occurred not just on holidays but at the dinner table or when a group of friends got together. Jokes were told and traded and found for all occasions and situations.

These jokes were spiked with wisdom. Some were self-mocking, others mocked the ruling order. At their best, they revealed a shimmer of truth and gave pleasure and comfort to teller and audience alike.

The best collection of jokes that I found on my long search to compile the greatest "Old Jewish Jokes" was Henry Spalding's "Encyclopedia of Jewish Humor" (Jonathan David). It was there that I found the oldest Jewish joke to my taste. It is long, but to serve up its essence, the story concerns Eleazar, a Jew in Roman times, 100 B.C.E., who finds himself before the gates of heaven, ready to meet his maker, when he is stopped by the patriarch Abraham, who tells him that to meet the Lord he must be worthy of the honor and must recount an instance of bravery.

Eleazar relates that once he found himself before the Roman emperor, and to his face he told him he was a camel's behind, an oppressor of the Jews of Jerusalem and spat in his face.

Abraham is impressed: "When did that occur?" he asks.

Eleazar responds: "About 10 seconds ago."

If that doesn't make you smile, then I can't help you.

This brings me back to why jokes disappeared. I was once derided in a national publication for daring to tell a George Jessel joke by a self-anointed "connoisseur of comedy." (Apparently the barb still stings.) With 20/20 hindsight, I can see that, for a time, the comics of the Ed Sullivan era, the Henny Youngmans and George Jessels had become too embarrassing -- too "ghetto" (in the original Italian sense).

The popularity of such shows as "Seinfeld"... is an indicator of just how suffused with Jewish humor American society has become.

At the same time, as Novak and Waldoks point out, while the comics became less directly Jewish in their material and how they told it, the popularity of such shows as "Seinfeld," "Curb Your Enthusiasm" and "Everybody Loves Raymond" are an indicator of just how suffused with Jewish humor American society has become.

Phil Rosenthal, the co-creator of "Everybody Loves Raymond," in his charming and comic memoir, "You're Lucky You're Funny" (Viking), makes clear how having parents who survived the Holocaust is a sitcom (as if that wasn't obvious). For Rosenthal, humor comes from the specific.

If you need further proof of what I like to call "the Bagelization of America," let me give a literal example and remind you of a popular series of TV ads that appeared every few minutes on TVs all over the country (and still does) -- for Jimmy Dean pork sausages on a bagel. Need I say more?

Today, old and new Jewish jokes are making their way around the World Wide Web, becoming once again evergreen. As anyone who finds themselves in front of a computer screen knows, retro or contemporary, old school or new, there is something of value in a joke -- if only the ability to laugh.

Perhaps Novak and Waldoks' 25th anniversary edition of "The Big Book of Jewish Humor" is the start of a Jewish joke revival. I hope so.

Maybe one day I'll actually take the stage and utter those words made famous throughout history: "I'm available also for bar mitzvahs, weddings and social occasions. Order the veal."

This article was edited by Jewlarious. To read the complete version go to www.tommywood.com

Tom Teicholz is a film producer in Los Angeles. Everywhere else, he's an author and journalist who has written for The New York Times Sunday Magazine, Interview and The Forward. Check out the website www.tommywood.com 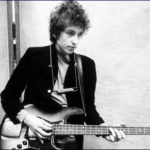 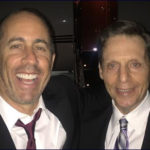 Jerry Seinfeld and I in Israel2 min read