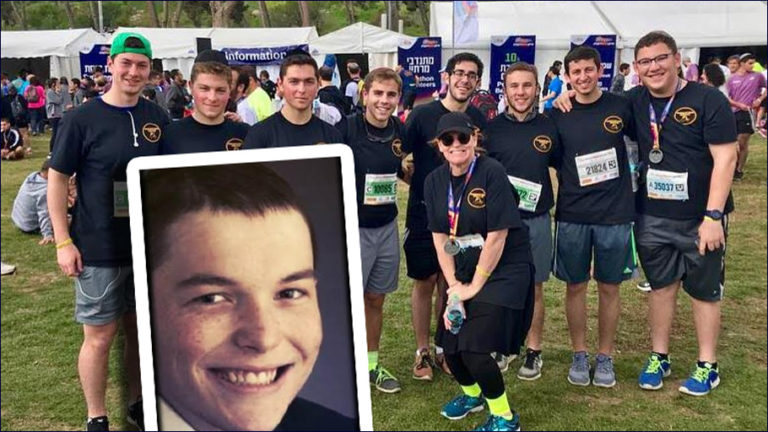 When their friend was diagnosed with cancer, a group of teens sprang into action and raised significant funds for charity.

After his good friend Caleb Maeir tragically passed away at the age of 19, Roni Allswang dedicated himself to raising funds for charity in his memory.

Caleb and Ronie grew up in the closely-knit Orthodox Jewish community in Skokie, IL. They bonded over sports; Caleb loved playing baseball and basketball. A routine scan for a sports injury when he was 16 revealed that Caleb had sarcoma, a type of cancer. 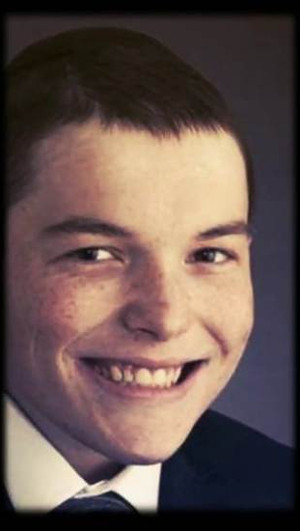 Roni says Caleb didn’t show any fear. His diagnosis came right before his high school basketball team played an important tournament in New York. Caleb couldn’t go and his friends wanted to do something to cheer him up. They surprised him with a pair of socks in neon yellow - his favorite color, and they wore neon plastic bracelets that said “Team Caleb” at the tournament.

“We wanted to rally around him at a time when he needed strength,” Roni explained in an Aish.com interview. The team sold some bracelets, too, raising awareness and some money for cancer research.

Students at Caleb’s school, Ida Crown Jewish Academy, as well as members of his local community, began responding to Caleb’s illness with hope. Students pledged to refrain from gossip and negative speech in his merit. Mothers in the community gathered together to recite Psalms. Students and their parents studied Jewish books and performed mitzvot in his name. “Team Caleb” became a rallying cry for those who wanted to help. 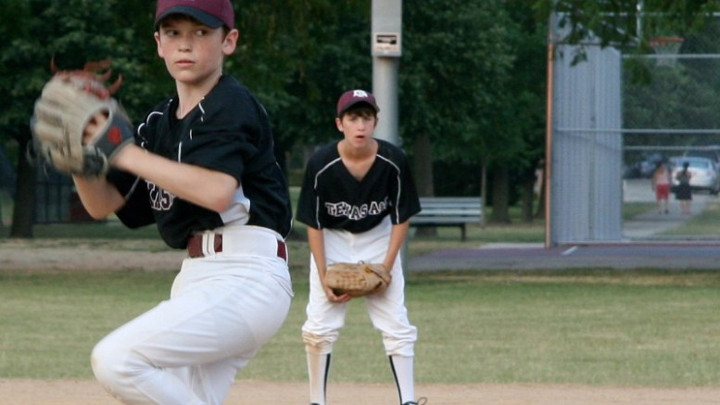 “What’s amazing,” Roni recalls, “was how much strength he gave to us.” From a young age, Caleb always reached out to others, bringing different groups together. He was always looking for ways he could include people and help. When friends asked him how he was, even while he was suffering the effects of chemotherapy and was very ill, Caleb would always respond “Good, how are you?” He never spoke about his cancer. After friends’ visits, he would apologize that he was unable to walk them to the door.

After graduating high school in 2016, Caleb and his friends travelled to Israel to spend a gap year studying in yeshivas and seminaries. His doctors had given him the all clear to travel, but when Caleb returned home for a checkup at Thanksgiving time, the news was grave: his cancer was worse and he couldn’t go back to Israel. 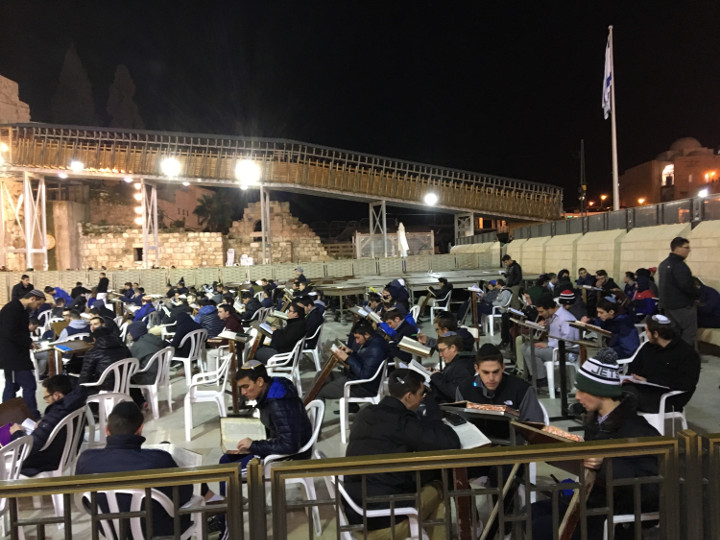 Caleb’s friends studying at the Kotel

Caleb’s condition continued to worsen and in November 2017, the Make a Wish Foundation granted him a final wish. “He could have done anything,” recalls Roni. “Visit Australia or go to Africa.” Instead, Caleb asked that his friends, many of whom were spending a second year studying in Israel, come home to see him one last time. With only a few weeks left to live, Caleb used his wish for others.

The Make a Wish Foundation didn’t have funds to bring all of Caleb’s friends home, so local donors stepped up, flying 13 of his friends from Israel. Together they spent Thanksgiving with Caleb, then Shabbat and Sunday. Caleb was so weak he couldn’t keep his eyes open, apologizing for not looking at them but assuring that he was listening to every word they said.

As Caleb’s strength ebbed, Roni realized he and his friends should have one more “really intense” learning and praying session at the Western Wall. Once again word went out and in December 2017 about 650 people gathered at the Kotel to study and pray for Caleb. “We sent him the pictures,” Roni remembers. “He wrote back how much it meant to him.” 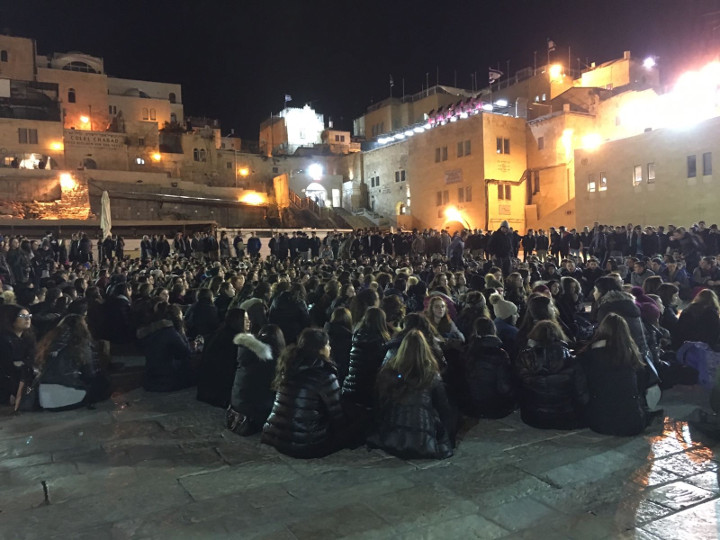 The friends also decided to field a team in the 2017 Jerusalem Marathon to raise money for charity. It was too late to organize their own group, so they turned to Yachad, The National Jewish Council for Disabilities, for help. With Yachad’s aid, runners signed up for the Yachad team under the banner “Yachad - Team Caleb”. Roni and their friend Matthew Carl expected a few dozen runners to compete. About 150 people ran for Caleb, raising a whopping $105,000 for charity. 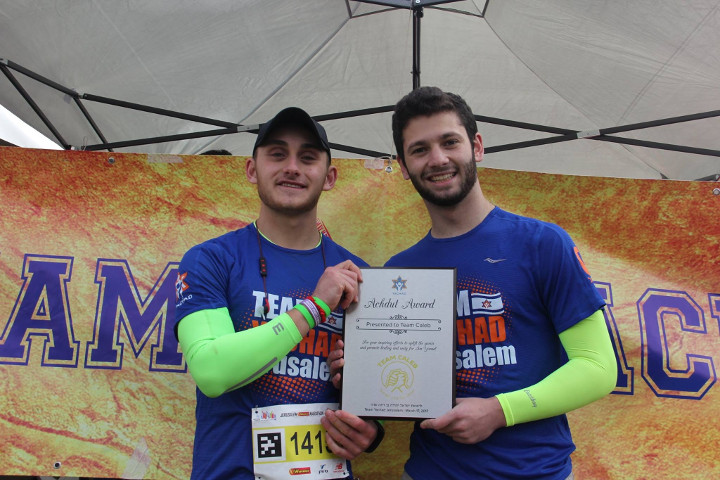 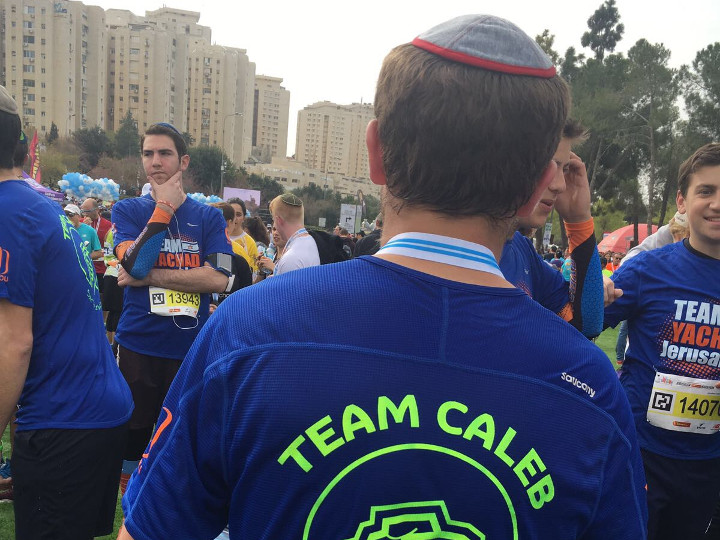 Roni and Matthew helped allocate the funds. Much went to Yachad. They also donated money to Bet Elazraki, a children’s home in Netanya in Israel. Funds also went to the family of an elementary school teacher who’d recently passed away. In the midst of all this unspeakable sorrow, Caleb’s friends and other members of the community worked to help ease their burdens.

When time came to plan for the 2018 Jerusalem marathon, Caleb’s mother Dena Broekman asked Roni if he was going to run another Team Caleb. He didn’t hesitate: “Of course,” and he set to work making it happen.

Caleb passed away on December 9, 2017. Three months later, 98 runners ran under the Team Caleb banner in Jerusalem, raising $77,000 for Shaarei Tzedek Hospital in Jerusalem in his memory.

“Sitting on the sidelines was extremely hard for Caleb,” Roni recalls. To honor his memory, Team Caleb is raising funds now to buy sports equipment for deprived children. Matthew designed a pair of neon Nike shoes for Caleb before his death, and he is now selling them as a fundraiser. They have raised over $10,000 which they plan to donate to underprivileged communities in Israel. 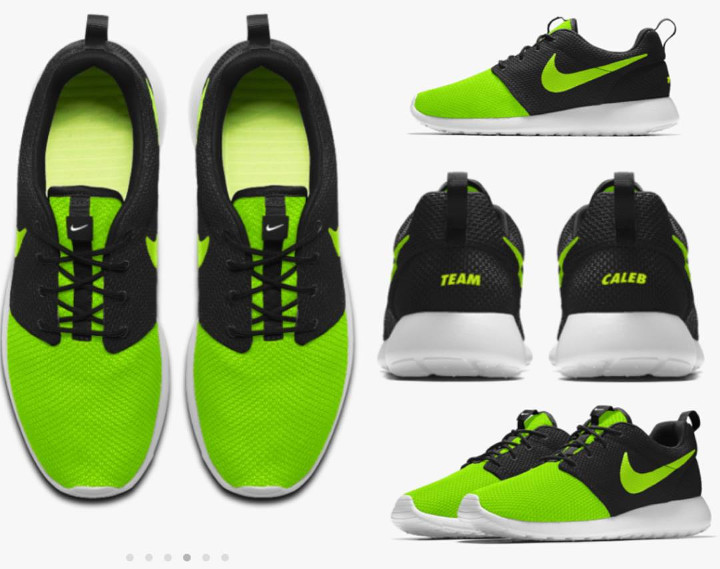 Roni is currently studying marketing at the University of Maryland and taking classes in non-profit management. When it’s suggested to him that not many undergraduates have succeeded in raising over $200,000 for charity, he reacts with modesty. “This isn’t me being humble,” Roni explains. “It’s what Caleb did while he was alive that makes this so successful. People want to do things in his memory. The way Caleb touched me, that’s the way I want this organization to touch people in the future.”

Roni insists that Caleb has done more for him than he could ever do in return. “Caleb taught me that when times are tough seek out how you can make the situation better… Always look to help those in need because as much as you think you are helping others, they are helping you.”

How a Hurricane Relief Mission Prepared Me for Chanukah

The Shabbos Goy
Extras In Our Own Epic
Evolution 2.0: The Coming Darwinian Revolution
Chukat 5782: Let’s Play the Blame Game!
Comments
MOST POPULAR IN Israel
Our privacy policy