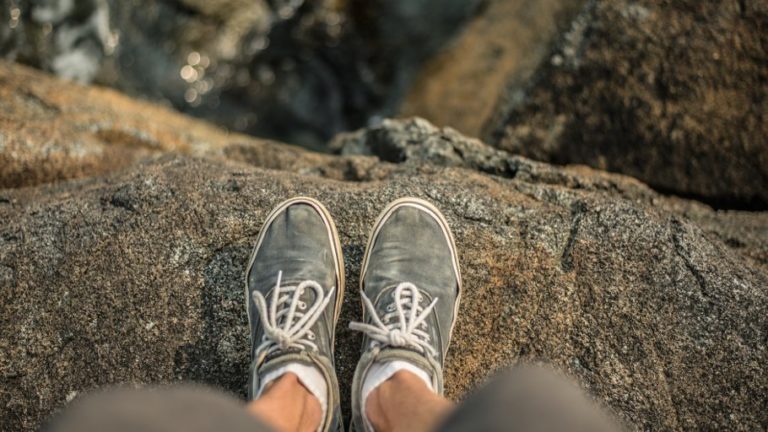 A 79-year-old man recently stopped and exited his car in the middle of the Verrazano Bridge, the magnificent structure linking Brooklyn with Staten Island, determined to leap the more than 200 feet into the New York Narrows’ waters below.

The driver behind him, Tuli Abraham, saw him and stopped and left his car too, to see what was wrong and if he could help. When the elderly man announced that he was going to jump, the young Orthodox Jewish man lurched for the would-be suicide, who turned out to be surprisingly strong, and held him back. Eventually, Mr. Abraham, some other civilians and law enforcement personnel who had been summoned managed to pull the man to safety.

Suicide was in the news two weeks earlier, when, over the course of mere days, a young survivor of last year’s massacre at Marjory Stoneman Douglas High School in Parkland, Fla., took her own life, as did another student at the same school. And the 49-year-old father of a 6-year-old who was murdered in the 2012 Sandy Hook Elementary School shooting took his own life as well.

Cognizant of the fact that tens of thousands of Americans kill themselves each year, and that the suicide rate continues to rise, many news reports about the three cases took care to include a public service note providing readers and viewers contact information for groups like the National Suicide Prevention Lifeline.

That same week, New Jersey’s legislature voted to pass a bill allowing doctors to help patients kill themselves, joining several other states and a number of European countries that allow physician-assisted suicide.

When it comes to people who wish to kill themselves, it seems, we are a deeply inconsistent society. Should suicide be something that society seeks to prevent, even if it means tackling a man on a bridge? Or is it an expression of autonomous will, a right that must be accepted – even aided?

#Judaism considers life to be not about rights but about right – that is to say, about responsibilities. And that we have no permission to end lives, even our own.

The Jewish religious tradition falls clearly on the side of preventing suicide. Judaism considers life to be not about rights but about right – that is to say, about responsibilities. And that we have no permission to end lives, even our own.

The source of the societal double standard on suicide lies in a fundamental philosophical issue: whether life has inherent or only utilitarian value.

How else to understand that the anguish or fear or pain of someone expected to have only months to live is reason enough to allow him to end his life, while someone with years ahead of him is perceived as a victim of psychological imbalance that we must do all we can to recalibrate?

The person lying in a hospital bed might be distraught and convinced that he will be better off leaving living to others. But it can’t be denied that even a tiny slice of time can be used to accomplish much. A smile can be shared, a kind word spoken; an apology can be offered, or a regret confronted; repentance can be achieved or peace made with an alienated friend or relative.

Then there are the non-philosophical problems with accepting physician-assisted suicide. Doing so puts us on a dangerous path, at the end of which may lie overzealous doctors and “mercy killers.”

Dr. Jack Kevorkian may no longer be active; he departed this world himself in 2011, but not before helping 130 people predecease him. And nurse’s aide Donald Harvey, for one of a number of such examples, claimed to have poisoned or suffocated 87 people.

And then there are insurance companies.

A California wife and mother of four named Stephanie Packer, who had been diagnosed with a terminal form of scleroderma, said her insurance company initially indicated it would pay for her to switch to a different chemotherapy drug at the recommendation of her doctors.

But shortly after California authorized doctors to diagnose a life-ending dose of medication to patients with a prognosis of six months or less to live, Ms. Packer’s insurance company informed her that her coverage for the new drug had been denied.

She then asked whether suicide pills were covered under her plan, and was told that, yes, they were, and that she would have to shoulder only a co-pay of $1.20 for the medication.

Even though she decided not to take that option, it’s easy to imagine others, perhaps encouraged by even those who love them, seeing the deal as a good one.

But fears of misguided do-gooders, profit-driven insurers and impatient heirs aside, the question of suicide and aiding it remains an essentially ethical one, about the worth of life.

Instead of offering terminal patients – and that’s a label that applies in a broad sense, of course, to us all – the means to end their lives, might we not do better to focus on convincing them of what they can accomplish, whatever their medical, mental or physical states, in mere moments of time on earth?

This article originally appeared in Foxnews.com

Easy Intimacy Is Making It Harder for Women to Get Married

Baby India: There Are No Unwanted Babies

The Forgotten Twins: When a Baby is Left to Die in a Parked Car

Selling Your Soul
The Blue Beyond
Great Place to Live
Is Eating Supposed To Be Spiritual?
Comments
MOST POPULAR IN Current Issues
Our privacy policy