Regine: The Holocaust Survivor Who Invented the First Disco Club 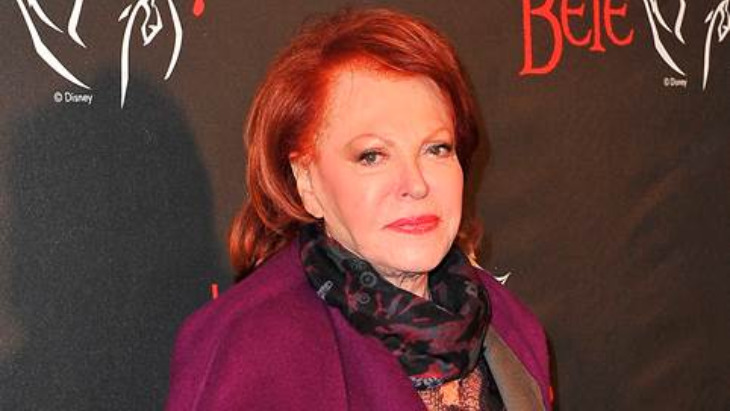 The legendary “Queen of the Night”, who recently died, was haunted by her Holocaust experiences.

She was known as “the Queen of the Night” who invented the first discotheque and taught nobles how to dance. She was known simply as Regine and she passed away this week at the age of 92. Former French Culture Minister Jack Lang said she was “poetic and glittering Parisian legend.”

Regine was born Rochelle Zylberberg in Brussels on December 25, 1929 to Jewish parents from Poland. Her childhood was marked by poverty and loss. When Regine was very young, her mother left the family, moving to Argentina. Regine and her father, Joseph, moved to Paris where her father took over a family bakery. Regine later described her father as having a taste for gambling and drinking. He lost his bakery in a card game, leaving himself and his young daughter destitute. 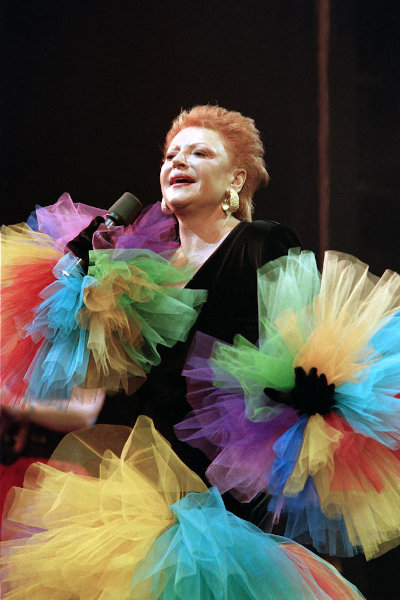 Regine later credited her love of fine fashion - particularly beautiful shoes - with the poverty of her childhood. “We were poor, we had nothing, so shoes became a symbol of freedom,” she told an interviewer.

In May 1940, Regine’s life turned upside down. Nazi Germany invaded Belgium and Jews found themselves in grave danger. Regine and her father went into hiding, moving into the south of France, which was governed by the pro-Nazi Vichy French regime. “I spent two years in a convent transformed into a shelter for the elderly,” Regine recalled. “I stored a lot of pain. But I always kept laughing and dancing. I never lost my good mood.”

She described being beaten in the convent that sheltered her, but both Regine and her father miraculously survived the Holocaust.

They returned to Paris, where Joseph opened a cafe in the city’s Belleville neighborhood. “That was where my ambition began,” Regine said in a BBC interview. “It was a working-class Jewish cafe with all sorts of people passing through. I said to myself: I want a place where I get to choose who comes in. I wanted counts and dukes - people with titles.”

Regine began working in Parisian clubs as a manager. In 1953, she was hired by the fashionable and popular Whisky-a-Gogo club, where she met the sort of glamorous clientele she’d longed to know. “Right from the start, I was with all the best people,” she later described. With flair and imagination, Regine went about transforming the tiny club into a magical-seeming place. “I laid down a linoleum dance floor, like in a kitchen, put in colored lights, and removed the juke-box,” she recalled.

With no money for live music, Regine had to rely on juke boxes for music, but she disliked the silent gaps between songs. “Instead I installed turntables so there was no gap in the music. I was barmaid, doorman, bathroom attendant, hostess - and I also put on the records. It was the first ever discotheque and I was the first ever club disc-jockey,” she later told the BBC.

#It was as if Regine spent her long life trying to create the sense of security and happiness that so eluded her as a child.

Two of Regine’s new acquaintances at the club were Guy and Edmond de Rothschild, cousins from the renown Jewish banking family. Guy and Edmond lent Regine funds to start her own club, Club Regine, in Paris’ Left Bank. From there, Regine’s empire of clubs expanded. By the 1980s, she owned 22 clubs across Europe and the United States. Brigitte Bardot, Andy Warhol, Rudolf Nureyev, Liza Minelli and Kennedy family members all frequented her clubs. One day, Regine received a phone call from the Duke of Windsor (Britain’s former King Edward VIII) asking if Regine would teach him to dance the Twist. “I said gladly - but only at the club. So he became a regular,” she recalled. 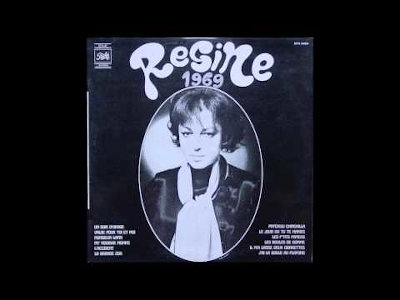 In 1977, a New York magazine profile described Regine as still haunted by her wartime loss and terror. “All her parties are the birthdays she never had as a child.” Patrons at her clubs noted that Regine took care of her guests like a doting mother, making sure everyone was happy and enjoying themselves, and dishing up hearty dinners no matter how late the hour. It was as if Regine spent her long life trying to create the sense of security and happiness that so eluded her as a child.

In addition to her nightclub empire, Regine worked as a singer and an actress. Though she played down much of her Jewish identity throughout her long career, one of her most beautiful recordings is of My Yiddishe Momme, a haunting Yiddish song about a child’s longing for her lost mother whom she knows is gone forever and can never return.

He Who Must Not Be Named: Responding to Mass Murders

An Uncle’s Liver Donation Saved His Nephew’s Life – and His Own
In the Shadow of David and Goliath
Where Do the Laws of Nature Come From?
Saadiah Gaon, Rashi and Maimonides: How Three Rabbis Revolutionized Judaism
Comments