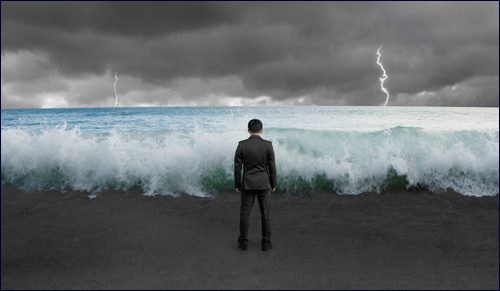 Life is not about the calm. It’s about the waves.

“Life is like an ocean,” the rabbi said to his student. “There are waves that come crashing down, pushing us beneath the current. And then, just as sudden, there are moments of calm. You, my dear student, were struck by a massive wave and now you are trapped beneath the tide unable to swim to the surface. The problem right now,” the rabbi continued, “is that in your heart, you believe that life is about the calm between the waves.”

Months before this dialogue, the young man and his wife experienced tragedy, losing an infant to a serious illness. The loss was too immense, the pain too deep. This was not a regular wave; it was a tsunami. The young man was drowning.

His rabbi helped him change his entire perspective and take the next step forward. “Life is not about the calm. It’s about the waves.” The young man let these words linger in his mind, trying to internalize their message. We don’t get to choose the waves that come our way, but we do decide how to respond to them. It is our response to the waves that makes us the people we are.

Resting poolside, beer in hand, on a hammock is not the recipe for becoming a word class swimmer. To earn the gold you must dive into the water day after day and swim until every muscle in your body aches. It’s tackling the challenges of the waves that ultimately bring us to greatness. We actualize our potential by working our way through wave after wave after wave. “The moments of calm,” explained the rabbi, “are there so we can catch our breath before the next wave hits.”

Waves enter our lives, disrupting the calm and delivering growth opportunities. Some are more easily conquered than others. These are of the “I left my umbrella at home today, got stuck in a traffic jam and missed the appointment” variety.

There are larger, more difficult waves: rejection, failure, sickness. They force us to grit our teeth and clench our fists as we struggle our way through them.

And then there are the tidal waves, waves we cannot ever imagine surviving. They burst into our lives like an unwelcome visitor with a battering ram and slap the wind right out of our sails. Terminal illness, loss, death of a loved one - these waves turn our world upside-down, leaving us grappling in the dark, desperately searching for a place to anchor our convulsing ship. This is the type of wave the young man found himself fighting when he went to seek wisdom for his rabbi. “Life is not about the calm,” he repeated to himself. “Life is about the waves.”

Over 3,000 years ago, the nation of Israel faced a perilous situation. They ran from the darkness and slavery of Egypt with the world's mightiest army chasing after them only to come to the sea. They had waited so long for this moment. They had struggled through 210 years of hardship and torture to reach this point, and there they stood with the vast waters barricading them from redemption.

One brave man, Nachshon, realized there was a choice even in this gravest of circumstances. They could turn around and go back to the past, to the familiarity of Egypt where, despite its hardships and constrictions, they had learned to survive. Or they could forge ahead as a nation, taking a leap and making the commitment to stand strong with one another and with God.

With effort and faith, nothing is out of reach.

Nachshon chose the latter. He understood the words of the wise rabbi centuries before they had ever been uttered. “Life is not about the calm. It’s about the waves.” Nachshon stepped into the sea, took another step, and then another until the water reached his neck about to engulf him entirely. Nachshon lifted his foot again, about to take what should have been his final step in this world. Suddenly the waters split, creating walls towering up towards the heavens, leaving dry land for Nachshon and the entire nation to walk upon. It was at that moment that the people of Israel felt the strength of nationhood and the glory of God.

The Hebrew word for Egypt is Mitzrayim, which stems from the word tzar meaning narrow or constricted. As we celebrate Passover, we leave behind the constrictions of Egypt and break through our own personal barricades, which at times may seem as vast as the sea.

Nachshon demonstrates the formula for conquering the waves: With effort and faith, nothing is out of reach. He teaches us that God who brought us out of Egypt and split the sea is surely capable of delivering us from our own personal troubles.

The final days of Passover celebrate the splitting of the sea. This year, let’s celebrate a journey through our own waves, a redemption from our own personal Egypt, and understand that our biggest barricade to freedom was never actually the sea; it was ourselves. 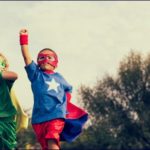 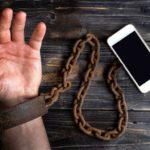 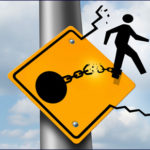 Running Away from Egypt4 min read

Breaking Away from the Bully6 min read