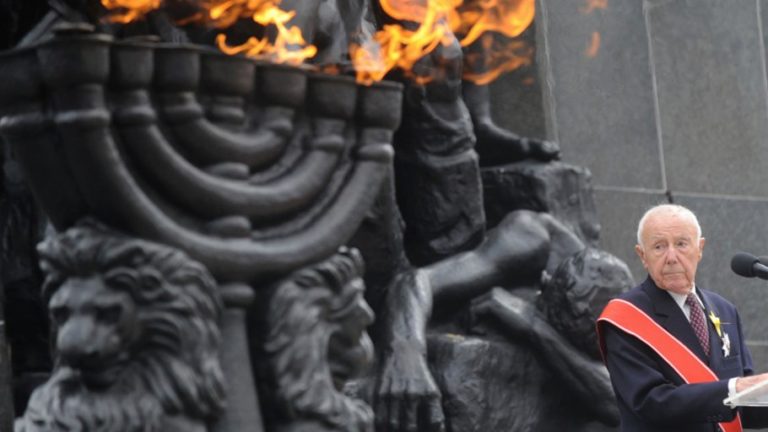 The heroic Jew died this past Shabbat at the age of 94.

Simcha Rotem, the last remaining fighter of the Warsaw Ghetto uprising, passed away this past Shabbat at the age of 94. At the 70th anniversary ceremony of the Warsaw ghetto uprising, he described the impetus for having launched an offensive against the Nazis on April 19th, 1943 that had no chance of succeeding.

“We knew the end would be the same for everyone. The idea for the uprising came from our determination. We wanted to choose the kind of death we would die; that’s all.”

The Warsaw ghetto uprising symbolized a refusal to succumb to Nazi atrocities and inspired other resistance campaigns by Jews and non-Jews alike.

Rotem also said, “…no words can describe what the Holocaust and the uprising was like and what the bestiality of the Germans was like, but despite their cruelty, they did not break the moral of the Jewish people.” He added, “To this day I have doubts as to whether we had the right to carry out the uprising and shorten the lives of people by a day, a week or two weeks.” 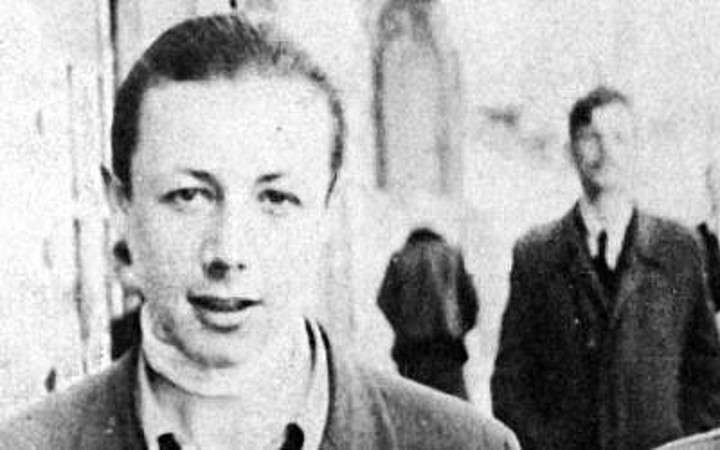 Simcha (Szymon) Rathajzer was born in Warsaw on February 24th, 1924 and was also known by the name Kazik – an abbreviation of a Polish name “Kazimierz”, which means “someone who destroys his opponent’s prestige/glory during battle”. Warsaw at the time had a vibrant Jewish community which made up a third of the city’s population.

At the age of 12, Rotem joined the Zionist youth movement HaNoar HaTzioni. World War II broke out when Rotem was 15. He was wounded in September 1939 during a German bombing campaign that destroyed his family home. His brother, Israel, and five other close relatives were killed. Shortly after, Warsaw’s Jews were herded into the infamous ghetto.

Initially, the ghetto held some 380,000 Jews who were cramped into tight living spaces. At its peak, the ghetto housed about a half million Jews. After the deportation of July 22, 1942 when 265,000 men, women and children were rounded up and later murdered in Treblinka, the resistance movement began to grow. Rotem joined the ZOB, Zydowska Organizacia Bojowa or Jewish Combat Organization in July of 1942, although he admitted that “I felt totally helpless” in the face of the Nazis. There were 50,000 Jews left in the ghetto. 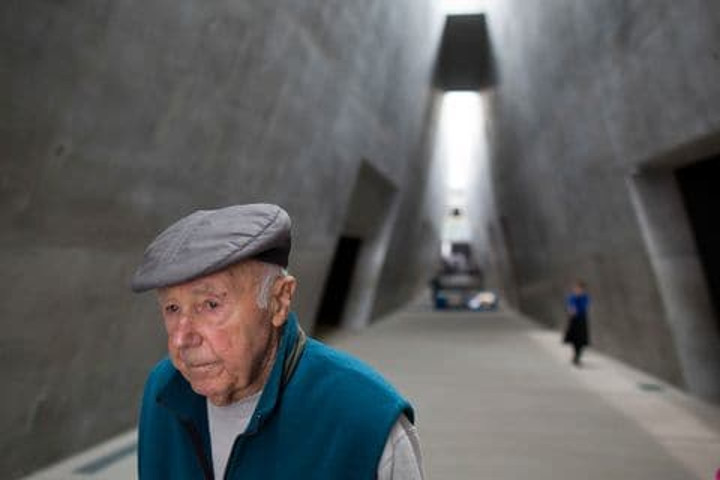 A small group of Jews began to spread calls for resistance. They also carried out isolated acts of sabotage and attacks. Some of the Jews began to defy German orders to report for deportation. On January 19, 1943, when the Nazis came to hold raids in the ghetto, they encountered resistance from the Jews for the first time. The Jews were surprised that they had succeeded in stopping the Nazi raids.

When the Germans returned to the ghetto on April 18, 1943, the ghetto uprising began. The Nazis entered the ghetto on the eve of Passover. Three days later, the Nazis set the ghetto ablaze, but the Jewish fighters continued their struggle for nearly a month before they were brutally murdered. During the intervening months, many of the Jews had built bunkers in the basements of buildings, often with tunnels leading to other buildings. The handful of Jewish fighters with weapons took to the shelters, thus giving them the advantage of defensive positions.

The teenage Rotem served as a liaison between the bunkers. He also served as the head courier, reporting directly to the ZOB commander, Yitzchak Zuckerman, who was on the Aryan side of the city. Rotem also took part in the fighting. 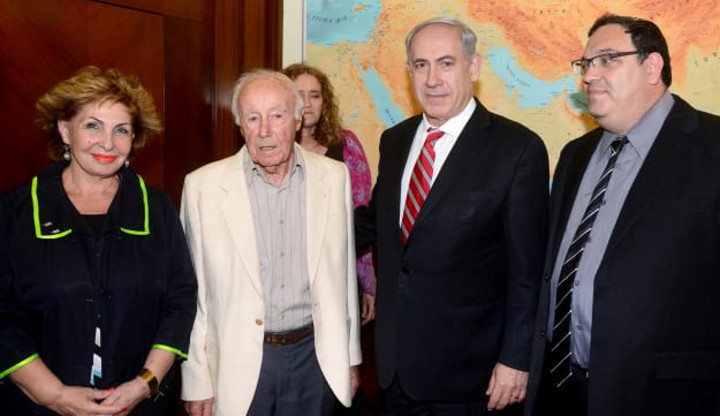 In his testimony to Yad Vashem, Israel’s official memorial to the victims of the Holocaust, Rotem stated, “At the first moment when I saw the great German force entering the ghetto, my first reaction, and I’m sure not just mine – I felt we were nothing. What could we do with our pathetic, almost non-existent weaponry, when faced with the tremendous German firepower, with light cannons and tanks and armored personnel carriers and a huge infantry force numbering hundreds, hundreds if not thousands…I felt totally helpless.” Rotem’s feeling was followed by “an extraordinary sense of spiritual uplifting…This was the moment we had been waiting for…to stand up to this all-powerful German.”

Rotem noted that the rebels had no illusions about their chances. “We’d kill as many of them as we could; we knew our fate was completely clear.” The Jewish fighters managed to kill 16 Nazis and to wound nearly 100.

Once they saw that their defeat was imminent, Rotem was sent to the Aryan side of Warsaw via a secret passageway where he met with Zuckerman to arrange an escape for the remaining fighters. The passageway was discovered by the Nazis and therefore the two of them were trapped on the Aryan side while the fighting raged and the ghetto burned. Rotem made several attempts to enter the ghetto through the sewers until he succeeded. He encountered Zivia Lubekin, one of the last surviving leaders of the ghetto uprising. The two of them led approximately 80 fighters through the sewers to the Aryan side. From there they continued on to the forests outside of the city. Rotem kept them in hiding in the forest and in various apartments until the end of the war.

Rotem continued his underground activities with the resistance movement. In particular, he helped care for the several thousand Jews who still remained in hiding in Warsaw. In August 1944 he took part in the Polish Warsaw uprising that was crushed by the Nazis after 63 days.

Immediately after the war, Rotem took part in the Beriha (escape) organization that helped European Jews immigrate to Mandate Palestine, despite the restrictions imposed by the British. In 1946 he immigrated to Palestine and was imprisoned by the British in the Atlit detention camp, south of Haifa. Although his 12-year-old sister had been murdered in the ghetto uprising, his parents and another sister survived in hiding and emigrated to Palestine in 1947.

Rotem joined the Hagana, the precursor to the Israel Defense Forces and he fought in the War of Independence. He served as a manager in a supermarket chain until retiring in 1986. He was an active speaker and member of the Yad Vashem committee that selects the Righteous Among the Nations, honoring non-Jews who risked their lives to save Jews during the Holocaust. 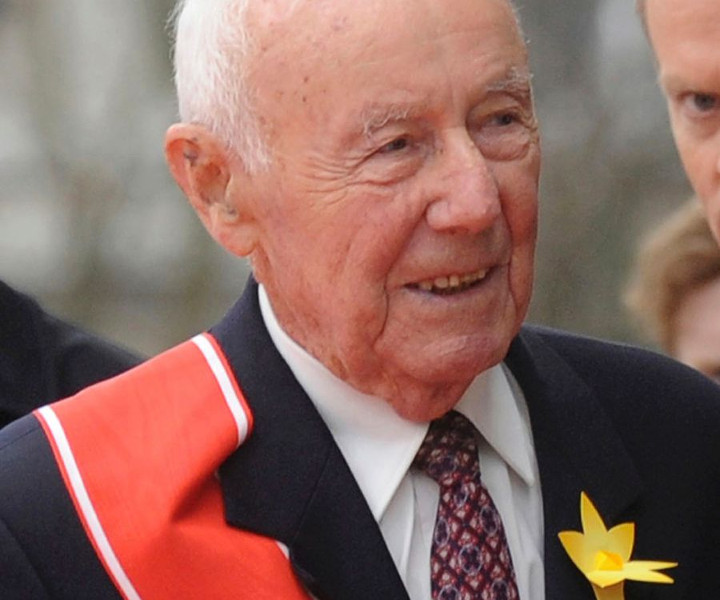 In 2013 at the 70th anniversary of the Warsaw ghetto uprising, Rotem was honored with the Grand Cross of the Order of the Rebirth of Poland, one of the country’s highest honors, for his actions during World War II.

Earlier this year, Rotem rebuked Polish President Andrzej in a letter, for his speech at the 75th commemoratory ceremony of the Warsaw ghetto uprising.

I, Simcha (Kazik) Rotem, who fought shoulder to shoulder with my brothers and sisters against the damned German Nazis on the streets and in the sewage systems of the Warsaw Ghetto, is telling you, Mr. President, that many of your people took a very active part in the murder of Jews in the Holocaust, expelling Jews from their homes in Poland while cruelly abusing them. They even murdered Jews who managed to escape the Nazi extermination machine and sought to regain their homes and property when the war ended.

…Only once the Polish society truly faces the bitter historical truth, revealing its scope and severity, will there be a chance that those horrors will not be repeated. Therefore, I vehemently oppose the distorted law recently passed in Poland, meant to eradicate from historical recollection the heinous acts the Poles committed against the Jewish people during that dark time…

Ninety-year-old Aliza Vitis-Shomron is the last known Warsaw Ghetto uprising survivor left in Israel. Upon hearing of Rotem’s death she tearfully stated, “It’s a difficult day because this really means that this is it. I’m the only one left and there is no one else to keep the story alive. He was the last fighter. I’ll keep speaking till my last day, but no one lives forever. After me, who will keep telling?”

Rotem is survived by his two children and five grandchildren. Hopefully, they, along with the thousands of people who have heard his story will continue to tell it. His tale is part of our shared history. It is a story of rebirth.

The Kaliver Rebbe, Rabbi of the Holocaust, Dies at Age 96

Selma Engel, Witness to Sobibor
Olivia Newton John’s Grandfather was a Nobel-Prize Winning Jewish Physicist
Don’t Believe in Other Gods Versus God is One
Seeing Without Eyes
Comments
MOST POPULAR IN Israel
Our privacy policy
Aish.com Is Looking for Great Writers