Say Something & the Myth of Overnight Success 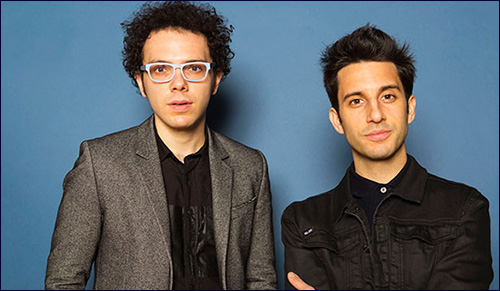 My friends won a Grammy and contrary to media reports, this was no overnight success story.

Weeks ago, my college friends – Ian Axel and Chad Vaccarino, of A Great Big World – won a Grammy award for their #1 hit song "Say Something", performed with Christina Aguilera. Many media outlets highlighted their exciting rise to success overnight. One day they were two regular New Yorkers performing in small clubs, and the next day they had a hit song playing every hour on the radio. 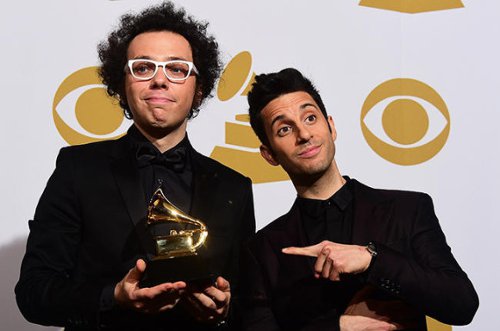 This notion of "overnight success" is inspiring, but it's usually dead wrong.

When I was younger, I thought really successful people had an innate, magical magnetism towards accomplishment. Everything they touched became gold. Their lives were a series of overnight successes. And then there were the rest of us, who could achieve substantial things only after the challenge of walking up a strenuous and winding path.

As the cliché goes, behind every overnight success there was a really long night. With very few exceptions, each uber-successful person I know went through a tremendous amount of seemingly insurmountable opposition and confounding uncertainty on the road towards their first big break. This held true regardless of what area they were successful in.

Three out of four famous musicians I know were dropped from their first record deal before signing with another company and achieving global notoriety. One music producer I know was barely able to support his family before becoming one of the most sought-after producers in the world. Most successful real estate investors I know spent years working towards building a portfolio before suddenly, after 20 years, their assets increased dramatically in value. Many of the people I admire spiritually experienced years of confusion and a long road of self-discovery before becoming a source of clarity and inspiration for others. The list goes on and on.

The only true overnight success is winning the lottery or receiving an inheritance. For the rest of us, life simply doesn't work that way.

The media weaves this story of overnight success because it makes us feel good. We think, "If that person can achieve everything in one graceful swoop then I can too."

But this type of thinking sets us up for failure. We start thinking that big dreams only require small challenges. Wrong. Big dreams require big challenges.

One business deal requires fifty attempted deals; one "hit song" requires writing dozens of mediocre songs. The road to success is paved with failure, a lot of it. It's a slow road but it's the only road that goes somewhere, one that requires hard work and patience. When we accept this, it becomes one of the most powerful tools we have, because only then we can embrace the ups and downs as part of the goal.

This is the Jewish approach to achievement, and it is encapsulated in the way in which we track the Jewish year. While the Gregorian calendar follows the sun, an ever-present source of light, the Jewish calendar follows the moon, a radiating orb that continuously waxes and wanes. When the moon is full, we can see its full brightness. But for half the month the light decreases until it disappears completely, and the only way to walk forward is through commitment and courage.

The overnight success story happens on a sunny day, when a series of serendipitous events catapult us towards our greatest dreams. But this isn't reality.

Real success occurs in a winding maze that we have to light up through determination and perseverance. As King Solomon tells us, "A tzaddik (righteous person) falls seven times, and gets up" (Proverbs, 24:16). He's not great in spite of his falling; he is great because of his falling.

This message was echoed when I found out Ian and Chad won a Grammy. I remember introducing myself to them at an NYU talent show in a bleak room where almost no one else but me wanted to talk to them. I remember sitting in a tiny practice room with Ian as he shared his songs and his new-found courage to sing them in public. I remember Chad struggling to find an outlet for his own performing when he was just Ian's manager. I remember Ian recording his first CD while working at the Apple store. Theirs was a very long journey, not an overnight success. And that’s why their success is so much more inspiring.

Healing Rabbi Weinberg
The Blue Beyond
Great Place to Live
Is Eating Supposed To Be Spiritual?
Comments
MOST POPULAR IN Spirituality
Our privacy policy