Myth: You Can’t get Buried in a Jewish Cemetery If You have a Tattoo 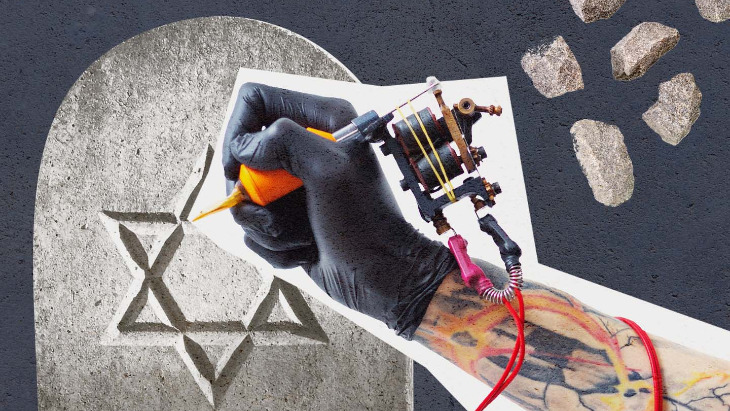 Not true, you can. Having a tattoo won’t prevent you from getting buried in a Jewish cemetery.

Although like most urban legends, it’s hard to know the exact source. A 2008 article in the New York Times claims the myth “most likely started because a specific cemetery had a policy against tattoos. Jewish parents and grandparents picked up on it and over time, their distaste for tattoos was presented as scriptural doctrine.”

Judaism does have a prohibition against getting a tattoo. But that prohibition specifically refers to the act of getting it. Once you have it, you have it. Judaism has all sorts of prohibitions – ham sandwiches and cheeseburgers are also not allowed – but no one thinks those things prevent Jewish burial.

Tattoos get a bad rap, and that’s probably because they’re visible and permanent. That may teach a deeper lesson, too. Regardless of what you may think about tattoos, Judaism traditionally considers getting one a mistake. The reason for that is spiritual, and difficult to understand, and like most mistakes, once you’ve made it, it’s over.

Although that’s not completely true.

In most cases, when you make a mistake, it doesn’t just become a thing of the past. You still need to deal with it. If you hurt someone, or were dishonest, or did something that in hindsight wasn’t so nice, you need to clean up the mess. Dealing with the ramifications of the mistakes you made and confronting your demons is how you grow as a person.

With most mistakes, they’re easy to ignore. Not so with a tattoo.

The difference is that with most mistakes, they’re easy to ignore. If you’re not ready, or interested, in dealing with them, you can push them to the back of your mind and forget about them.

Not so with a tattoo. It’s there. If at some point later in life you regret getting it, getting rid of it is expensive and painful. It won’t go away on its own. You literally have to deal with it.

Which, I think, is the point. Whatever mistake you make, once you decide it was a mistake – however long that takes – dealing with it is a difficult and painful process. Judaism has many prohibitions more serious than getting a tattoo, but tattoos are distinct in that they serve as a reminder: problems don’t solve themselves. Problems get solved when you acknowledge them and make it your business to deal with them.

But regardless, even if you love your tattoos and think this logic is convoluted or weird, still, having a tattoo won’t prevent you from getting buried in a Jewish cemetery.

Disney, God, and the Fairy Godmother in Heaven

Torah with Morrie #17: Embracing the Aging Process
Why My Iranian Mother Didn’t Want Me to Become a Religious Fanatic
The Jewish History of Prague
Why the Sexual Revolution was Bad for Women
Comments
MOST POPULAR IN Spirituality
Our privacy policy
Aish.com Is Looking for Great Writers