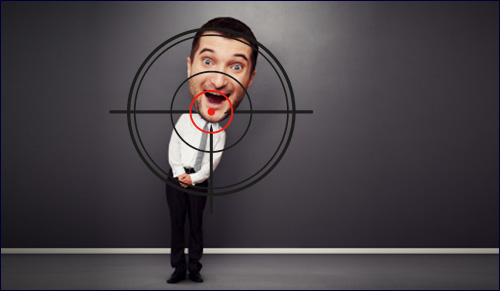 Why does Aish.com have a humor section?

As the dust begins to settle from the recent horrific terror attacks in France, experts are dissecting every aspect of the incident. One thing that is clear is that the terrorists had two targets: Jews and Satire. Jews of course at the Hyper Cacher kosher supermarket in Paris and Satire at the French satiric publication Charlie Hebdo. Sadly, we have become all too accustomed to Jews being the target of Muslim terrorists. But what is it about satire that the terrorists find so dangerous?

The terrorists had two targets: Jews and Satire.

In order to answer that we first have to understand what the terrorists want. In the short term, as their name suggests, they want to terrorize. But the broader goal is to intimidate others to accept their worldview, one that does not include respect for human rights, freedom, democracy and the values that we in the West hold dear, but rather, one that is based on their fanatical view of Islamist domination over the world.

And what is satire? It is a powerful comedic tool that exposes ideas or bigots by holding up their behavior to ridicule. In the arsenal of weapons against violent fanatics, satire is right up there. No question, some satire is better than others, and some satirists use this powerful tool to merely offend, not educate. But we must defend the right to have the freedom to pen even lousy humor.

Interestingly, this is not the first time that satire has been used as a weapon against fascists. In September 1939, World War II began with Adolf Hitler's invasion of Poland. One week later, Charlie Chaplin started filming one of the most audacious political satires of all time: The Great Dictator. It was remarkable because it lampooned Hitler and Nazism at a time when America was still officially at peace with Germany. After receiving reports of how Jews were being treated in Hitler's Germany, Chaplin insisted on releasing the film. "I was determined to go ahead, for Hitler must be laughed at," said Chaplin.

Some argue that by satirizing the German situation, Chaplin was able to show the American audience how twisted both Hitler and his Nazi party were, and awaken the United States to join the war effort and defeat his wicked ideology. Reportedly, President Franklin Delano Roosevelt sent a personal envoy to encourage the film maker to forge ahead with the project.

Satire and to a greater extend humor, has of course been used as a powerful coping mechanism by Jews for millennia. Take for example the following well known Jewish joke:

The congregants were shocked when they entered the rabbi's study only to see him watching Al-Jazeera, the Arab satellite news station. "Rabbi," said the shul president. "How can you be watching such anti-Semitic propaganda? Are you, God forbid, some sort of a self-hating Jew?"

"On the contrary," the Rabbi replied. "When I read the New York Times, I see such terrible things: that Israel is branded as the ‘aggressor' despite the fact that it is defending itself against terrorists, that rockets are raining down on Israeli cities, and now the violence has spread to Jews around the word – such tzuras. But when I watch Al-Jazeera, I see so much more: that the Jews control the American government, the banks, the media, and that we're even on the verge of taking over the entire world. Watching Al-Jazeera makes me feel a whole lot better!"

In other words, our enemies and their worldview are a joke.

This is why the French terrorists so despised Charlie Hebdo, and why in turn satire and humor are so important.

Unfortunately, over the thousands of years of Jewish history, we have had to refine our senses of humor. We have struggled through trying times, but we always manage to outlast our enemies and keep matters in perspective by turning our perception of reality on its head to see what truly lies beneath by using one of our unique gifts: our sense of humor.

Some have wondered what the secret is to our survival. Perhaps a small part is owed to our sense of humor. Our ability to make light of difficult situations, to see beyond today and know that there will be a better tomorrow. That no matter how unbearable our current situation is, we will get through it and survive. And no matter how frightening our enemies may appear, we know two things: that the Jewish people will outlast them, and that a good joke will cut them down to size. That is why Jewlarious exists.

Amare Stoudemire's Jewish Roots
The Blue Beyond
Great Place to Live
Is Eating Supposed To Be Spiritual?
Comments
MOST POPULAR IN Jewlarious
Our privacy policy