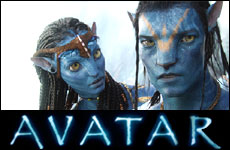 Surprisingly, James Cameron’s new blockbuster taught me a lot about myself.

They say that film is a powerful medium. But when was the last time you continued to think about a movie days after you saw it? Well it just happened to me after having seen James Cameron’s new film Avatar.

I’ve been thinking about Avatar for days.

Avatar tells the story of Pandora, a distant planet in the year 2154 where there is a conflict between human colonialists who are mining Pandora’s resources because they have exhausted earth’s, and the indigenous inhabitants called the Na’vi who are trying to expel the foreigners.

The film follows Jake Sully, a former marine who is paralyzed during combat on Earth. His twin brother was working for the Avatar Program on Pandora which constructed genetically engineered human-Na’vi hybrids that allow the humans to control these “avatars” with their minds while their own bodies sleep. An avatar can only be controlled by a person who shares its unique genetic material and when Sully’s twin brother dies, he is asked to join the squad as he is the only one who has the genes to control that particular avatar.

On his first assignment, Jake’s avatar gets lost and is attacked by a gang of dangerous creatures. It looks like he might not make it until he is saved by a female Na'vi named Neytiri. While her people fear outsiders, Neytiri feels like there is something different about Jake – something special. So she takes him to the Na'vi Hometree, the spiritual and geographical home of her clan. The Na'vi then decide to teach Jake about their culture.

But back at his base, Jake is ordered by Colonel Miles Quaritch to initiate a diplomatic mission of sorts to obtain the trust of the Na'vi tribe and is given three months to convince them to abandon their Hometree, which sits above a large deposit of unobtainium – the valuable substance that the humans are mining. As Jake learns the way of the Na'vi, he gradually finds himself caught between the military-industrial forces of Earth and a new found love for his adopted home and people. In fact, Jake is successfully initiated into the tribe after passing the Omaticaya rites of passage to become a man.

(Spoiler alert!) But unfortunately, Jake’s three months are up and he has not convinced the Na’vi to abandon Hometree. Colonel Quaritch leads a military campaign and destroys the Na’vi’s beloved home. The Na’vi are devastated and when they find out that Jake is really a human who knew of the plan, they are furious and abandon him. Faced with a decision of fighting with his race, the people who are destroying Pandora and wiping out the Na’vi or his newfound tribe whom he has come to love, he chooses the Na’vi and leads them in a revolt against Colonel Quaritch. With the help of the Na’vi, the other tribes on Pandora, and even all of the Pandorian wildlife, Jake is successful in fending off the attack and sending the human mission home.

Finally, Jake decides that he has become more Na’vi than human so he agrees to have his soul transplanted from his human body into his Na'vi avatar at the “holy” Tree of Souls. As in all good Hollywood films, Jake ends up marrying Neytiri, the Na’vi princess who discovered him three months prior.

Avatar and My Jewish Connection

So why did this movie get me thinking so much? Of course there are some not so subtle social messages in the film: we human beings are not taking enough care of our planet; our insatiable capitalist drive is going to get us in trouble; first world countries are harming third world countries by taking their natural resources; there are spiritual forces in the world that are powerful and being overlooked by our materialistic society. We get it. But that’s not what’s keeping me up at night.

I feel that in some small way this film is about me.

I grew up in Jewish family that didn’t have a whole lot to do with Judaism. Sure we made the pilgrimage to synagogue on the High Holidays and ate matzah on Passover but that was about it. And I didn’t think there was anything wrong with that, until I spent a year studying in Israel.

Like Jake Sully, what I saw made me reconsider the way I had been living my life up.

It was in Israel that I was introduced to a Judaism that I had never seen before, one that was spiritually fulfilling and intelligent. Like Jake Sully, even though I was in Israel for a year to objectively study the people of Israel and their “ways,” what I saw made me reconsider the way I had been living my life up until that point. Did I want to continue leading a life focused heavily on the material with little regard for the spiritual? Did I want to continue leading a life which relegated a tradition of thousands of years to a three times per year chore? Or did I want to make a significant change in my life?

As Jake Sully demonstrated in Avatar, change is hard. Rethinking your life’s goals is hard. And telling the people that have been with you for years that you want to be a different person may be the hardest of all. But if you believe in what you are doing, it becomes something you simply have to do.

That’s what happened to me. I adopted some new ways and beliefs. Becoming a “new person” was difficult for some of my friends and family, but as the years have gone by, I realize that it has been worth it. My life is focused on both spiritual and material things, but I have a clear sense of priorities. But perhaps more importantly, I am now a member of a new “tribe”--- one that is deeply connected to the hundreds of generations of Jews before me by virtue of the daily practice of Jewish study and ritual. And as I begin to raise my children, I know that they too will be another link in that chain, a chain that will connect to countless generations for years to come.

Dune, Judaism and Humanity's Hope
The 21st President of the United States: Failure or Inspiration?
Hiding Their Jewishness
The Jewish Pope: Following the Questions Home
Comments
MOST POPULAR IN Jewlarious
Our privacy policy
Aish.com Is Looking for Great Writers