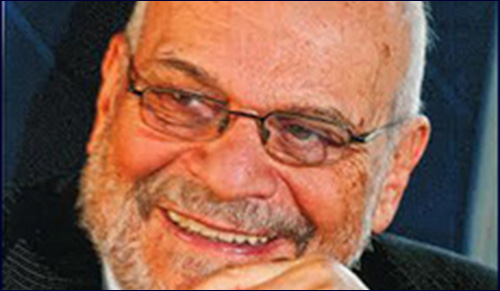 The notable historian describes some of the pivotal figures who shaped his outlook as a community rabbi.

One of my most vivid childhood memories is of my father taking me with him to Chicago’s Midway Airport to greet Rabbi Isaac Halevi Herzog, the chief rabbi of Palestine after the Second World War. Almost all the distinguished Orthodox rabbis in Chicago came to the airport that day to welcome him. I remember him alighting from the plane and walking down the stairs in his shiny top hat, holding his cane in one hand and a Tanach (Bible) in the other. With his silver beard and aristocratic demeanor, he was a majestic presence.

We all accompanied Rabbi Herzog to the yeshiva, where he delivered a 45-minute Talmudic lecture in Yiddish. I still remember his topic, and though I was not yet bar mitzvah, I pretty much followed his discourse. After that, he addressed us in English. Having been a rabbi in Dublin, he spoke with a slight Irish brogue, which I found somewhat incongruous with his Eastern European rabbinical appearance.

“How are you going to help rebuild the Jewish People?”

Rabbi Herzog told us he had been to the Vatican and had asked Pope Pius XII to return the thousands of Jewish children entrusted to Catholic institutions in Europe by parents hoping to save them from annihilation at the hands of the Germans. The pope had flatly refused, claiming that since all the children had been baptized upon entering those institutions, they could not now be given over to those who would raise them in a different faith. Overcome with emotion, the rabbi put his head down on the lectern and wept bitterly. We were all in shock, as the enormity of the Jewish tragedy of World War II began sinking in. 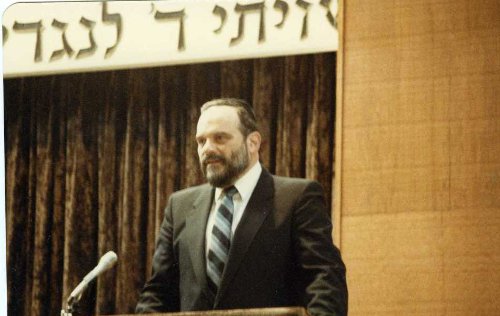 Then Rabbi Herzog defiantly raised his head and looked at the young men gathered before him. “I cannot save those thousands of Jewish children,” he declared, “but I ask of you – how are you going to help rebuild the Jewish People?” Afterward, when we filed by him to shake his hand and receive his blessing, he repeated to each and every one of us: “Did you understand what I said to you? Don’t forget it.”

All my life, Rabbi Herzog’s words have echoed in my ears and soul. Numerous times in my rabbinic career, I’ve been discouraged and downhearted. But then I remembered his words. They have continually inspired and challenged me, shaping many of my decisions and actions.

Aside from the two very influential speeches I heard from Rabbi Herzog and Rabbi Kahaneman (the Ponivezher Rav), two addresses delivered at banquets in the 1950s impacted my life’s ambitions and thoughts.

The first was by Herman Wouk, the Pulitzer Prize-winning author, playwright, and screenwriter. He was an observant Jew who had made good in the outside world – a rarity in his time. Back then, the Jewish world believed that no Orthodox Jew could succeed in American life without sacrificing Torah observance and beliefs. The prevalent assumption was that one had to blend in to the general American lifestyle and mores in order to achieve fame and fortune. Considered an anachronism, Orthodox Jews were encouraged to maintain a low profile and never rock the boat.

Wouk warned that his listeners would have no Jewish descendants if they did not adopt a more Jewish lifestyle. The audience was stunned.

In such an anti-Orthodox climate, Herman Wouk delivered a 45-minute oratorical gem in defense of Torah study and observance to a mainly non-observant audience. He warned that his listeners would have no Jewish descendants if they themselves did not adopt a more Jewish lifestyle. The audience was stunned, for the Orthodox rabbis of the day dared not be so blunt. For the first time in a long time, I felt that Orthodoxy had a chance to succeed in a big way in America.

I always have been grateful to Wouk for that speech and for his great book This Is My God. I found this work very useful in my rabbinic career; I must have given away dozens of copies to Jews who knew nothing of their faith but felt some inner pull to at least find out what they were abandoning.

The second speech, delivered at a banquet for Beis Medrash L’Torah in the early 1950s, was by Rabbi Pinchas M. Teitz of Elizabeth, New Jersey. Most European rabbis used speaking engagements to bemoan the state of American Jewry, especially in comparison to the glory days of Eastern European Jewish life. Not Rabbi Teitz. He spoke of a coming revolution in American Jewish life; of a growing and vital Orthodoxy; of the triumph of the day school and yeshiva movements. His optimism made him a heroic figure in my eyes, and he remained such over many decades. I had much to do with him later in life, and he was of great help to me in numerous rabbinic matters. Every rabbi needs a hero to help guide him, and Rabbi Teitz played that role for me in many areas of Jewish public life.

Rabbi Kahaneman, the Ponivezher Rav, enlisted me to be his driver a few mornings a week as he raised funds for his yeshiva. Just being in his company was an honor and a joy. I learned a great deal from him about people, life, fundraising, and – above all – Torah knowledge and values. He loved all Jews (no easy task), and they loved him back. He taught me that one must accept personal insults and slights for the sake of Torah. I witnessed many “miraculous” feats of fundraising. He could get money from a stone. 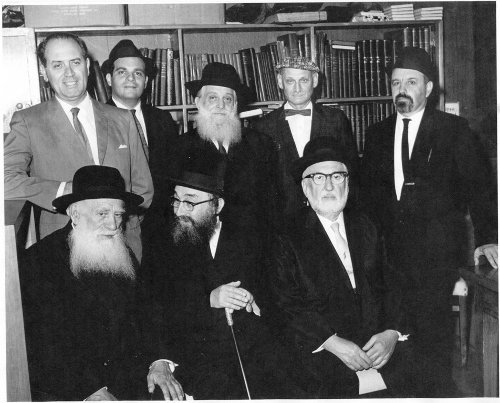 During those years, I knew a wonderful man in my congregation. He was a widower without children, though he had nephews and nieces. He was quite wealthy, but at only 55 had sufered two heart attacks and survived cancer. His doctors advised him to live out his few remaining years in the Florida sunshine rather than the frost and snow of northern New Jersey. So he retired to Miami Beach, where he became a leader in our community. Mindful of his physicians’ predictions, he dutifully purchased an annuity plan that would provide him with a generous income until age ninety. He fully expected to die before then.

But the Lord thought otherwise, and this fellow reached his 90th birthday fully well, still productive, and active. But now he had no income, and he rapidly used up his savings. No bank would advance him a mortgage due to his age. So I organized deliveries of food and other necessities to him.

The man had been a staunch supporter of the Ponivezh Yeshiva, giving Rav Kahaneman a sizable donation every year. One day, the Rav instructed me to take him to this man’s house. I told him that his former supporter had no money now and that our visit under these circumstances would embarrass him. Nevertheless, the Rav insisted.

”You have generously helped the yeshiva. Now the yeshiva is going to repay you in kind.”

We arrived and sat down in the man’s living room. The Rav announced in his mellifluous voice, and with that wonderful smile on his face, “Until now, you have generously helped the yeshiva in its times of need. Now the yeshiva is going to repay you in kind. Every month the yeshiva will send you the amount of your monthly annuity check, and I want you to continue living as you always have.” Offsetting the man’s protests, he added, “After 120 years, you and I will straighten out this matter between us.”

As we left the bewildered old gentleman, the Rav told me, “A yeshiva is also obligated to perform acts of kindness and mercy to others.” And that is exactly what he did. For the next four years, until the man passed away, the yeshiva sent him a monthly check.

Upon his death, he left his house in Miami Beach to the yeshiva.

It’s All Your Fault

During my years as rabbinic administrator, I flew a lot. Interesting things always seem to occur on my travels, providing me with lots of airplane stories. In early 1974, when the Arab oil embargo of America was in full force, I was seated on a plane next to a very well-dressed businesswoman. In mid-flight, without warning, she turned to me and said, “You know, all this trouble we’re in is your fault.” America was suffering from a major gasoline shortage, with long lines at every gas station, bringing much latent anti-Semitism to the fore. Yet I was taken aback by the nature and tone of her words. 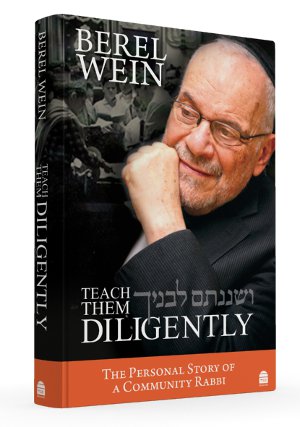 Somehow, I very calmly answered her, “No, madam. It may be because of me, but it is definitely not my fault.” We said nothing more for the rest of the flight.

Remember: Much may happen in human society and history for which the Jewish People may be the catalyst, but in no way does that make us at fault for what occurs. This crucial subtlety underpins all intelligent appraisals of Jewish history.

Teach Them Diligently: The Personal Story of a Community Rabbi by Rabbi Berel Wein is published by Maggid Books, a division of Koren Publishers Jerusalem. It is available online and at local Jewish bookstores.

Tu B’Shvat’s Timely Message of Hope
In the Shadow of David and Goliath
Where Do the Laws of Nature Come From?
Saadiah Gaon, Rashi and Maimonides: How Three Rabbis Revolutionized Judaism
Comments