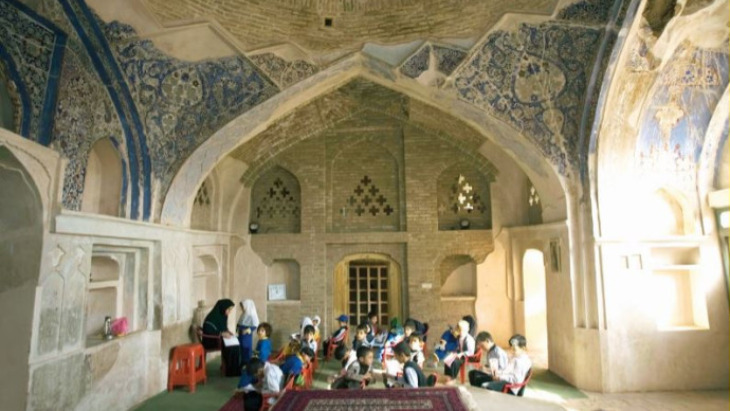 Born in the Afghan city of Herat, Ahoova Gol Zeffren is a descendant of an Afghan rabbinic dynasty.

Herat was a major Jewish center for close to 300 years. Ahoova traces her family roots to the nearby Iranian city of Mashhad. Home to a sizeable Jewish community in the 1700s and 1800s, local officials in Mashhad began persecuting Jews violently and forced Jews to convert to Islam. Many of Mashhad's Jews fled to Herat where they built a thriving Jewish community. 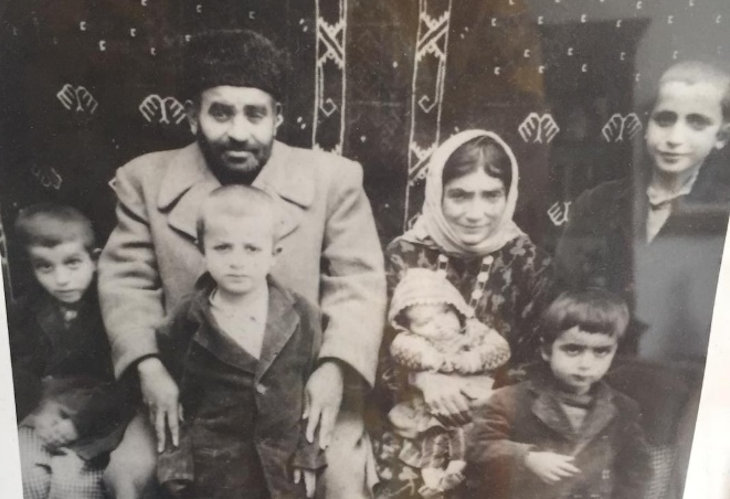 Ahoova's family in their sukkah in Herat, Afghanistan. She is the baby held by her mother.

There were four large Jewish populations in Afghanistan, Ahoova explains: Herat, Kandahar, Balkh, and Kabul, the capital. The Jewish community was “very orthodox,” she says. “There were lots of synagogues and yeshivas."

“For ten generations my father’s family were chief rabbis,” Ahoova says. One of her most famous forbearers was Rabbi Chacham Mula Matitya Gargi (1845-1917), who wrote a famous commentary on the Talmud called Oneg L’Shabbat. He served as Chief Rabbi of Herat. He was so revered that his leadership extended as far afield as the Jewish communities of Uzbekistan and Tashkent.

“He was also the king’s advisor,” Ahoova notes. The kings of Afghanistan, known as Shahs, “really admired and respected the Jews. They took the rabbis’ advice, especially the chief rabbi.”

Roiled by conflict, local Afghan rulers eventually yielded control of Afghanistan’s foreign relations to the British in 1879, yet still retained control over internal Afghan affairs. (The last Shah of Afghanistan was deposed in a coup in 1973.) 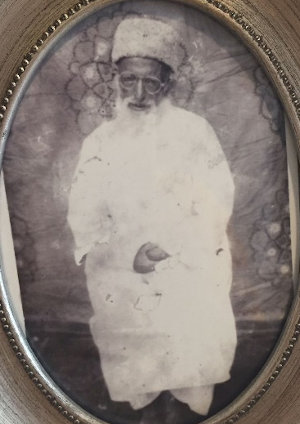 Ahoova's great grandfather, Yechezkel Gargi. He came to Jerusalem in 1950 and was the chief rabbi of the Afghan Jews in Israel at that time.

Afghan rabbis were in close contact with Jewish leaders in the Land of Israel and elsewhere around the world, Ahoova explains. Her rabbinic forbearers corresponded with rabbis in Jerusalem, New York and Europe. Yet Israel held the greatest appeal for Afghan Jews, who eagerly awaited the emergence of the Messiah and the ingathering of Jews in Jerusalem.

This desire to greet the Messiah came to a head in 1887, when rumors spread throughout some Jewish communities that the coming of the Messiah was imminent. “A lot of Jews from Afghanistan and Bukhara, Samarkand, Tashkent, Iran and Yemen came to Jerusalem that year,” Ahoova explains. “They walked all the way with donkeys… They really believed that the Messiah would come.” These Jews may have also been motivated to leave Afghanistan by a growing sense of antisemitism there and by a series of harsh laws limiting Jewish life in Afghanistan that were passed in 1870.

The Afghan Jews who’d hoped Messiah was on his way built a “special palace” in Jerusalem to house him. Although their hopes for the Messiah’s imminent arrival were dashed, Ahoova’s relatives and the other Afghan Jews remained in the Land of Israel. “Today, the house still exists and is used as a school.”

More Afghan Jews continued to travel to the Land of Israel in the late 1800s and early 1900s and helped build the nascent Jewish state there. “Most of them lived in the Old City of Jerusalem, including my great, great grandfather.” In the late 1800s some Jews began to build new neighborhoods outside of the Old City walls of Jerusalem. Ahoova’s family was among these early pioneers and helped create the Beit Yisrael neighborhood that continues to thrive in Jerusalem today. At the time, the neighborhood was home to many Jews from Afghanistan and Bukharian Jews from Central Asia.

After the State of Israel was established in 1948, many more Afghan Jews left the country. “Most of the communities of Afghan Jews moved to Israel or to London, or to Milan.” Many of her mother’s relatives resettled in Italy. Ahoova’s family remained, planning to spend a few years dissolving the family businesses and selling off the family’s land. They had extensive business dealings, trading in silk, pistachios and leather. Staunchly Orthodox Jews, one of Ahoova’s family’s businesses was supplying the vellum used to write Torah scrolls. “They sold this vellum leather to Poland, Krakow, all over Europe,” she recalls.

Most of the Jews in Afghanistan were “very Zionist.” She remembers hearing about a momentous visit that Israel’s Second President, Yitzhak Ben-Zvi, paid to Afghanistan. “He was a historian and he was always interested in Jews that came from the East,” including Afghanistan, Ahoova notes. “Ben-Zvi visited Herat.” Her mother recalled that the Jews in the city couldn’t believe that an official from the new state of Israel was going to be in their midst. “They couldn’t believe that after two thousand years they had their own state.”

Herat’s Jews flocked to hear Ben-Zvi and were in for a shock. Instead of being an Orthodox Jew like the Jews of Herat, Ben-Zvi was a largely secular man. Herat’s Jews were taken aback. “Then he spoke to them in Hebrew and someone translated. He said, ‘We're here from the Government of Israel; we’re here to take you all to the Jewish state.' He was very influential. In 1950, 1951, a lot of Jews packed all their pecklach (baggage) and came to Israel.” Most settled initially in Jerusalem, then later spread throughout the country.

Ahoova’s grandparents moved to Israel in the early 1930s, but her immediate family remained until 1960, when Ahoova was three years old. That year, her father died and was buried in the Jewish cemetery in Herat. Ahoova’s mother and the children moved to Israel, settling in the town of Givat Shmuel near Tel Aviv. 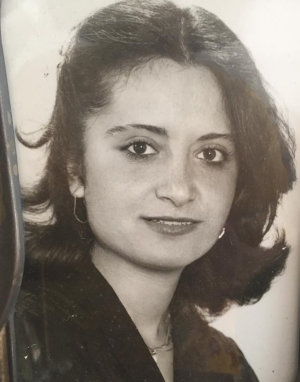 “We kept the beautiful traditions of Afghanistan. Our special food, our zemirot (songs) for Shabbat and holidays, we kept it all those hundreds of years. We continued the life we had in Herat.” At school, Ahoova and her siblings learned Hebrew, but at home she continued to speak the Hebrew-infused Afghan language that her family had spoken for generations in Afghanistan.

Ahoova’s family eventually moved to the United States. In 2005, her late brother, Goel Gol, went back to visit Afghanistan, this time as an American citizen. He spent three days in Herat and was able to visit the graves of their father and grandparents for the first time since leaving the country.

In the United States, Ahoova married her husband, Murray Zeffren, who was originally from St. Louis. Together they raised three beautiful children. Ahoova and Murray plan to make aliyah in the next few years and settle in Jerusalem, to “close the circle” and return to the Jewish state. 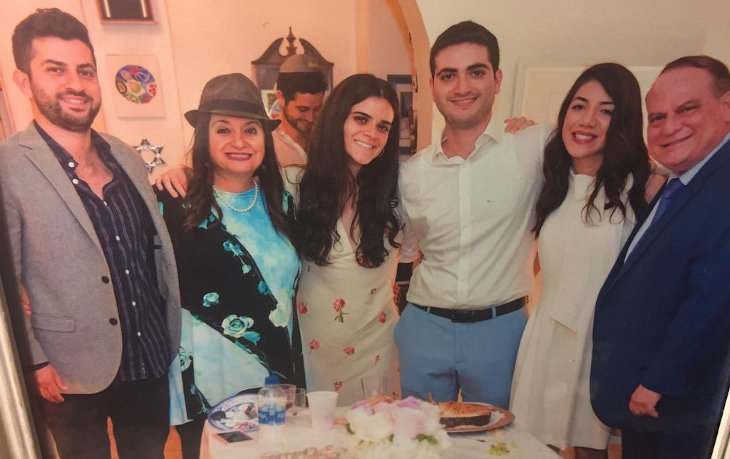 Reading the news in recent days has been heartbreaking for Ahoova. “I feel terrible; I’m worried for the women there. We’re in the 21st century, for Heaven’s sake. You shouldn’t have this primitive way of life that the Taliban is promoting." Ahoova notes that she spends all day immersed in Jewish studies, and the contrast between Judaism’s life-affirming world view and the Taliban’s embrace of repression and hate is profound.

While we spoke on the phone, Ahoova was cooking traditional Afghan Jewish dishes for Shabbat, like pilaf, a dish made with basmati rice, meat and vegetables, and a thick soup called cholov, which is flavored with dill, parsley, cilantro, leeks, onions, vegetables and chickpeas. Ahoova is keeping alive many of the beautiful Jewish Afghan customs.

Passover in the 'Hood
What Does Kosher Mean Literally?
Live Abortion Panel
Morality and Abortion: Three Views
Comments
MOST POPULAR IN Jewish Society
Our privacy policy