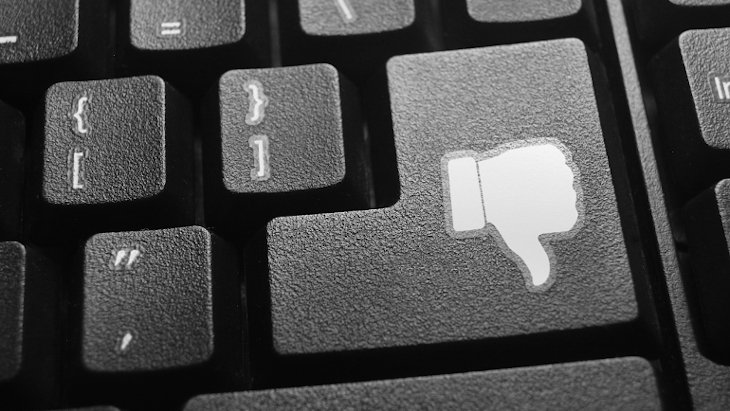 Amazon recently pulled two anti-Semitic books from its site. It should pull more.

On February 5, 2020, Amazon announced it was pulling two books from its site, citing their extreme anti-Semitism as the reason. Both books were written a vile anti-Semite who calls himself “Thomas Dalton, Ph.D.” One of the books is titled The Jewish Hand in World Wars and blames Jews for all of the world’s ills. The second was just released last week and attracted the attention of anti-hate activists. Titled Eternal Strangers: Critical View of Jews and Judaism Through the Ages, it openly called for readers to murder Jews. The books were published by a publishing house owned by a man who once served a jail sentence in Germany for Holocaust denial.

Anti-Semitism researcher David Collier noticed the book for sale on Amazon. Calling it “a 169-page sewer of raw hatred”, he alerted Amazon, who removed it from sale. “Just like Twitter and Facebook, Amazon is helping to spread raw Jewish hatred,” Mr. Collier observed. While it’s commendable that Amazon has removed these two offensive titles, many more odious books and products demonizing Jews and calling for their harm remain on sale on Amazon and other mainstream sites. This has to end.

In 2018, author Alice Walker came under fire for telling an interviewer that she enjoyed the books of David Icke, a noted anti-Semitic conspiracy theorist who promotes the bizarre theory that many influential people, particularly Jews, aren’t really human but lizards from out of space wearing human costumes. His books have also falsely claimed that Jews funded the Holocaust and that perhaps the Holocaust did not occur. Despite the outrage that Walker’s endorsement caused, many of Icke’s books remain for sale on the site.

David Irving, the British amateur historian and Holocaust denier who spent three years in prison in Austria for Holocaust denial, has called the gas chambers at Auschwitz “a fairy tale”. Yet his books remain for sale on Amazon, including the work he’s called his “magnum opus”, Hitler’s War. It’s description on Amazon explains “the events of the war are related through Hitler’s eyes…” Austrian justice officials explained that Irving is a beacon for the Neo-Nazi movement in Europe. His books have no place for sale on Amazon or anywhere else.

The notorious forgery, The Protocols of the Elders of Zion, depicts Jews as venal and all-controlling and helped whip up anti-Jewish hatred and fuel pogroms in Russia in the early 1900s. Nevertheless, Amazon customers can choose from several editions. Hundreds of glowing reviews laud this offensive anti-Jewish smear. The Protocols is even listed as an Amazon Best Seller.

Amazon facilitates the sale of other products, too, that seem to promote hatred and even foment violence against Jews. Swastika tee shirts and jewelry are for sale. (Many of these are called Indian or Buddhist signs in their official descriptions on the site.) Copies of German World War II-era helmets, Nazi-era stamps and coins could all be used to glorify Hitler and Nazi era and are all openly for sale on Amazon’s US site.

It’s commendable that Amazon removed two offensively anti-Jewish titles from the millions of listings on their site. By doing so, they’ve shown they’re open to customer opinion and willing to remove items when it’s clear they smear Jews or might foment anti-Jewish hatred. Given the huge number of dangerous anti-Jewish books and products that remain for sale through Amazon, our work is just beginning.

It’s time to stop being silent.

What You Can Do

Contacting Amazon can be a challenge. Customers with an Amazon account can phone their 24 help line at 1-888-280-4331. (You will be asked for your account information and texted a code before you can commence your conversation.) Amazon can also be contacted via email at primary@amazon.com.

Business Insider notes that complaints can also be registered via social media: "This is not the most efficient way to reach them," Business Insider notes, "but it can allow you to air a problem, potentially drawing a more thorough addressing of hte issue from the company." Amazon's customer service Twitter handle is @amazonhelp. Instagram is @amazon. Amazon is on Facebok at www.facebook.com/Amazon.

When formulating a complaint about a specific problem, remember you'll be more effective if you keep your request polite, brief, and are able to explain why you are asking them to stop selling a particular product. Good luck!

Calling Terrorism by Its Name