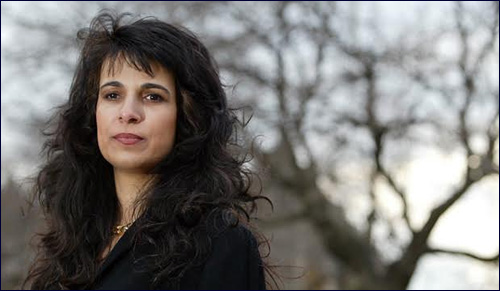 Israeli Attorney Nitsana Darshan-Leitner is waging a war against terrorism in courtrooms around the world.

The first time Nitsana Darshan-Leitner argued inside a courtroom she was a second-year law student at Bar-Ilan University. The court happened to be the Israeli Supreme Court and she was there asking the judges to prevent Muhammad Abbas from entering the country under the Oslo Accords. Abbas was the head of the terror cell responsible for the 1985 hijacking of the Italian cruise ship the Achille Lauro.

The judges suggested she withdraw the petition, stating that the Israeli government had the discretion to make such a decision. Darshan-Leitner didn’t want to back down, telling the court it was an unreasonable decision to let a known terrorist and a murderer into the country.

“I could feel they were getting angry,” she recalled. “One more step and I thought they were going to hit me with a fine. But we decided to pursue it anyway, and I told the court since Leon Klinghoffer’s blood cries out from the depth of the ocean, I will not withdraw the lawsuit.” Klinghoffer was a victim of the cruise ship hijacking. 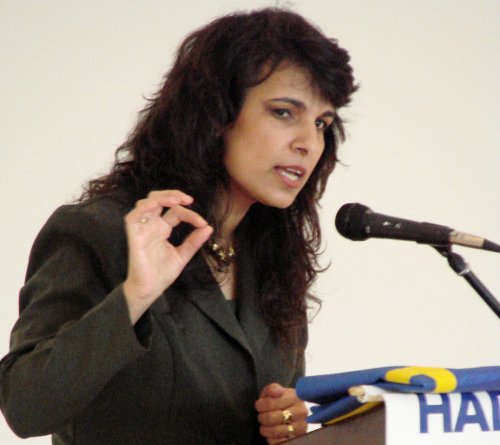 The judges ruled against her petition but quoted her statement about Klinghoffer and decided not to impose a fine. “That told us that we could come any day on behalf of terror victims, file legal actions, get our day in court and perhaps even get justice,” she said.

Darshan-Leitner has since helped thousands of victims have their day in court through Shurat HaDin Israel Law Center, a non-profit she founded in 1997. Darshan-Leitner, along with a small staff of attorneys and volunteers, work tirelessly fighting terrorism in courtrooms around the world, including the United States and Canada. They have represented victims and their families in legal actions against formidable entities such as Hamas, Islamic Jihad, the PLO, Hezbollah, Iran, Syria, Egypt and North Korea, just to name a few.

Over the last two decades Shurat HaDin has successfully frozen more than $600 million in terrorist assets, secured more than $200 million for victims and their families and obtained over $2 million in monetary judgments against terror organizations and state sponsors of terrorism.

“Families that have lost their loved ones are on their feet because they had a way to fight back. They got some money to keep going,” said Darshan-Leitner, a mother of six.

“The cases have an effect on the way terrorism money flows. As a result of our work, banks change the way they are doing business and they no longer wire money or open accounts for terror organizations. They take steps and don’t rely only on watch lists. They do their due diligence,” she said. 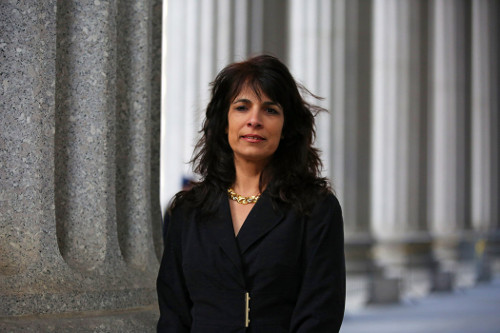 Shurat HaDin is now waging a legal war on a handful of notable internet giants. Last year they sued Facebook and, more recently, filed cases against Twitter and Google.

The lawsuit against Facebook alleges that popular social networking platform knowingly provided material support to Hamas in violation of U.S. anti-terrorism laws. The complaint states that Facebook aided and abetted Hamas by providing “valuable and essential services to the terror group, which used Facebook to commit its terrorist activities,” according to Darshan-Leitner.

In a separate case against Facebook, filed in the fall of 2015, Shurat Hadin asked a judge for an order to compel Facebook to monitor posts on its platform and deny services to terrorists. These cases are pending in a New York federal court. Facebook filed motions to dismiss both and the judge has yet to rule on either one.

The Twitter lawsuit is on behalf of victims of terrorist attacks in Paris and Brussels and is the early stages.

During a recent talk in Detroit, Darshan-Leitner told a large audience how Shurat Hadin conducted an experiment, simultaneously opening two nearly identical Facebook pages. Both called for death and destruction to a specific group. Both posted videos designed to incite violence. The only difference between these pages was that “one was against the Palestinians and the other, against the Jews,” she explained.

On the same day, they reported both pages to Facebook. “Guess which one they took down?” she asked the crowd. The day the pages were reported, Facebook removed the page inciting violence against the Palestinians but found that the other page did not violate their community standards.

“We can’t let them sit in their ivory tower in Palo Alto with blood spilling on the streets of Jerusalem. Social network equals social responsibility,” said Darshan-Leitner, who was recently named by the Jerusalem Post as one of the most influential Jews in the world.

After Shurat Hadin publicized the results of its experiment, Facebook shut down the page against the Jewish people, saying they made a mistake and should have previously removed it, according to Darshan-Leitner.

We want them to monitor the incitement, not to wait for the community to alert them to it.

Facebook occasionally takes down similar postings but Darshan-Leitner calls these removals insignificant. “That’s not what we are here for. We want them to be proactive. We want them to monitor the incitement, not to wait for the community to alert them to it because it’s never going to stop,” she said. “A million people can complain and a million other posts can come through at any given moment. The standard has to be like pornography where you can’t even post it on Facebook. It gets taken down immediately.”

When attorneys at Shurat Hadin first discussed the idea of suing Facebook, Darshan-Leitner was at first hesitant because unlike pursing legal actions against a known terror organization, Facebook is considered a friendly company.

“According to the Anti-terrorism Act, you need to show that the one that you’re suing is adding and abetting terrorism and does it knowingly and intentionally. After alerting Facebook so many times, we understood that they know they are helping terror organizations. When you understand that the laws are on your side and you can really bring them to court, it’s doable,” she said.

Darshan-Leitner is highly optimistic that the motions to dismiss the cases will be denied. She looks forward to asking the company to produce thousands upon thousands of documents and to questioning Facebook policies, including asking for all the alerts Facebook received about objectionable posts and how each and every one was handled.

“It will be overwhelming for them,” she said. “I don’t think Facebook will be thrilled to do it so at this point I believe they will change their attitude. You just can’t make tens of billions of dollars knowing that criminal organizations are using your platform to kill innocent people.”

Despite all the efforts and success of Shurat Hadin, Darshan-Leitner says ending terrorism is not a realistic goal unless it’s fought aggressively on other fronts, including military and diplomatic efforts of governments around the world.

“As long as the state of Israel exists, there is a need for Shurat Hadin or an organization of this sort because we have ways to fight Israel’s enemies that Israeli government cannot utilize.”

The Third Jihad
Why Are The Prayers Of Yom Kipur So Repetetive?
Ha'azinu 5783: A Time for Unity!
Twisted Thinking
Comments