This Couple is Responsible for Over 2,000 Jewish Adoptions 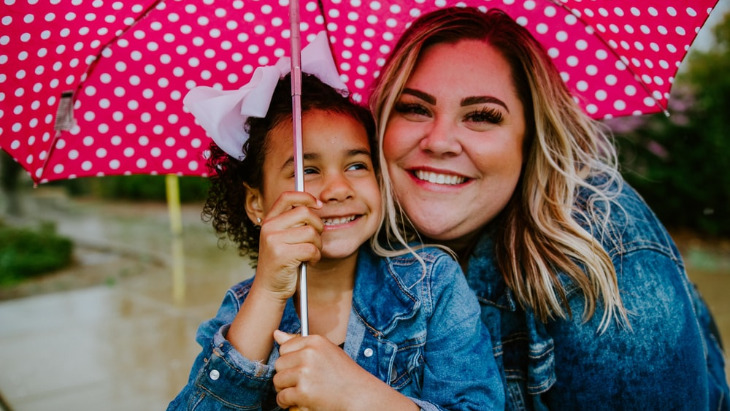 After losing a baby, Steve and Vicki Krausz entered the confusing maze of adoption. They decided to change it.

Midway through her third pregnancy, Vicky Krausz couldn't feel any fetal movement. She rushed to the hospital with her husband, Steve. She underwent an emergency procedure to deliver a stillborn baby.

Incredulously, the attending physician operated on her while under the influence of drugs. His gross carelessness scarred her uterus so profoundly that she was informed that she would never be able to have children again. 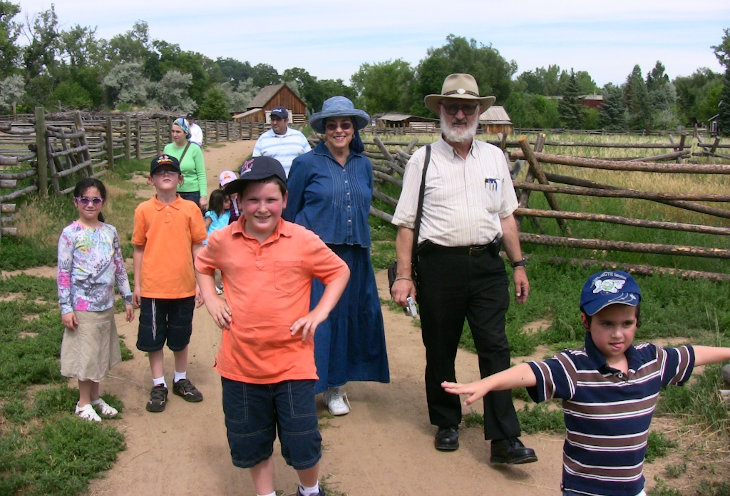 With this sad diagnosis of secondary infertility, Steve and Vicki began the journey of adoption. They were dumbfounded with the paperwork. When it came to selecting their religion, the only two boxes to choose between were Catholic or Protestant. It quickly became apparent that adopting a Jewish baby would be an impossibility.

It quickly became apparent that adopting a Jewish baby would be an impossibility.

With crushed hopes, Vicki began feeling depressed and needed a distraction. She enrolled in a course entitled Advance Radio Production. This class required her to broadcast a five-minute interview clip. The subject of her interview cancelled last minute, causing a setback that would ultimately change Vicki's life.

Desperate for a replacement, she randomly found an adoption support group and interviewed the head of the organization. In the course of the interview, Vicki shared the challenges that she experienced as a Jew when she applied for adoption. 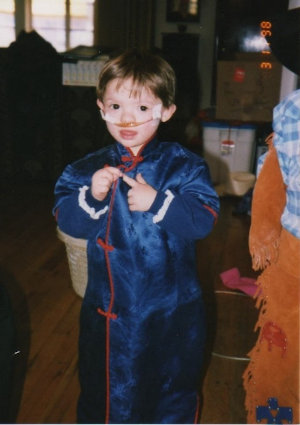 Two days later the woman she interviewed called. “It just so happens that there is a Jewish child who needs a home. If you are interested, call this number by 10 p.m. tonight.”

The Krauszs jumped at the opportunity. After a year and a half of paperwork, this beautiful Jewish baby girl finally became a Krausz. The very night that the adoption was finalized in court, Vicki became pregnant naturally. Ten months later, she gave birth to a healthy baby girl. Subsequently, they adopted two more children with special needs, expanding the Krausz family to six children.

While they were waiting for the adoption papers to finalize, they received calls from other families. “We heard you are adopting a Jewish baby, but we were told there are no Jewish children. Can you help us?”

More calls came in: "There’s a Jewish girl in New Mexico who needs a family... a teen in New York... an infant in Florida..."

The Krauszs saw a need to be filled and began matching these families. They approached several Jewish organizations in hopes of creating an official program but no one thought it was a profitable endeavor worthy of the investment of time and resources. One non-profit organization responded, "We can’t charge $25K to place a special needs kid or a teen. Our focus is about making enough money here to pay our salaries. Sorry.”

To date, the Krauszs have found homes for more than 2,000 children.

After repeated rejection, Steve and Vicki decided to create an organization themselves. They started JCAN, the Jewish Children’s Adoption Network, the only organization at the time that helps Jewish families adopt Jewish children. Most of the children they place have special needs. The first year they operated with a modest budget of $11,000, and placed 99 Jewish children. The following year, they placed 200 children. To date, they have found homes for more than 2,000 children. 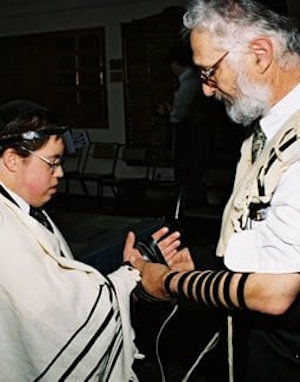 Steve with his son Rafi at his bar mitzvah

They humbly volunteer day in and day out with the satisfaction that they are fulfilling their life mission. They have seen much Divine Intervention throughout the process.

They were given names of eleven children who needed a home, including a baby born with only a brain stem, but no brain. They were able to place the 10 other children, but not the baby. They never heard the fate of this baby.

A few months later, Vicki spoke at an adoption conference in Los Vegas. She befriended another speaker of Native American descent who spoke of a Federal law stating that if a child is 1/16th Native American one must gain permission to adopt from the child’s tribe. Although not relevant for JCAN, Vicki found that tidbit interesting and kept in touch with her new friend. 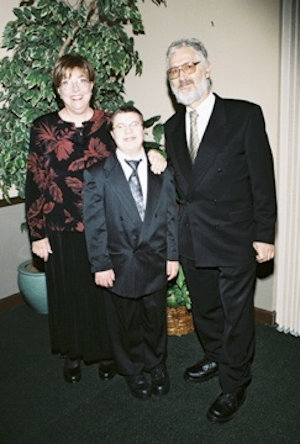 Steve and Vicki with their son Rafi

The following summer Mrs. Krausz attended another conference and saw the very same Native American speaker pushing a stroller. “I didn’t know you had a baby!" Vicki exclaimed. "Congratulations!”

It turns out she adopted the Jewish baby that was born without a brain.

The woman said, “I was told he won’t live long and since it was a short-term adoption, I felt I could handle it.”

Sadly, the baby passed one week after the conference and the Krauszs raised money to provide a proper Jewish burial and Kaddish. Everything came together from this ‘chance’ meeting.

“I got a call from a woman who was 42 years old and pregnant. The doctor explained that there was a chromosomal translocation that meant a 7% likelihood of severe disability and a high likelihood of infertility. The doctor was urging abortion and the woman was confused and uncertain.”

He promised her, “If the baby is disabled and you are unable to handle it, I will find you a family. That’s my guarantee.”

Steve told her, “Given your age, there is a 6% chance of abnormality with ANY pregnancy. If I were to tell you that you have a 93% chance of winning the lottery would you keep your ticket?”

He promised her, “If the baby is disabled and you are unable to handle it, I will find you a family. That’s my guarantee.”

She decided not to go through the abortion. The baby was born perfectly healthy. Every year, this woman sends pictures to Steve and thanks him for his life changing words and guidance.

Judaism views adoption as a tremendous act of kindness. "I love helping families and children," Steve said. "If I can help someone have a better life, that’s the best feeling for me. When I help one child it’s an entire universe. After all, there is more than one way to save a life.”