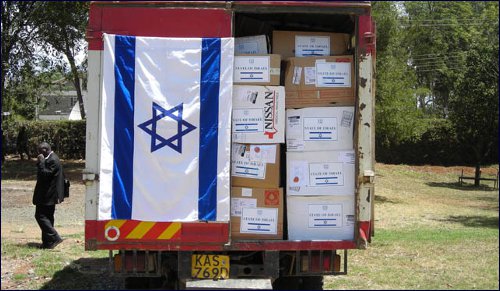 Avalanche in Nepal? Starvation in Biafra? Tsunami in Thailand? Why does Israel always send humanitarian aid?

"One doesn't have to be crazy to be an Israeli, but it sure helps," goes the famous saying. It is usually heard when talking about Zionism, but it could equally apply to "Israeliness." The Israeli search-and-rescue teams and the country's above-and-beyond relief efforts in disaster zones are among the most classic symptoms of Israel's "craziness." Starvation in Biafra? Tsunami in Thailand? Earthquake in Japan? Floods in the U.S.? Volcanic eruptions and avalanches? You can rest assured that Israeli trekkers (and emissaries of the Chabad-Lubavitch movement) will be there, and Israeli humanitarians will be dispatched there in a timely manner, if they haven't arrived there already. 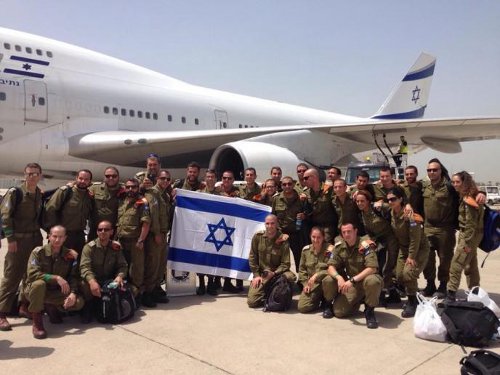 In Jewish tradition, saving a life (pikuah nefesh) trumps almost everything else; monetary costs play no role. That is why the circumstances surrounding a tragedy are immaterial, as is its cause (Israel goes out of its way to free Israelis whose own lapses resulted in their captivity, like in the case of Col. (ret.) Elchanan Tannenbaum). What matters in such cases are the lives at stake, even if only one person is in peril. As the Talmudic saying goes, "Whoever saves a life, it is considered as if he saved an entire world."

This sense of solidarity and collective responsibility go beyond rhetoric, prayers and the recitation of psalms for the wellbeing of the victims. It involves concrete and immediate steps to provide relief and save as many lives as possible. This is where the rubber meets the road.

Yes, such an undertaking costs a lot. It is often subject to heavy criticism because of the manpower and resources it requires (and the risk it entails because of the conditions on the ground). Critics say it would be wiser to turn our attention to "domestic" woes before going overseas. They would like to see most of the resources expended here at home, for the sake of the citizens who live "here." While this approach may have some merit to it and could make economic sense, it runs against the grain of Jewish and Israeli tradition.

After the devastating tsunami hit south Asia in 2004, it turned out that Jews and Israelis were largely spared. But Rabbi Aharon Lichtenstein, the head of the Har Etzion Yeshiva who died last week, immediately turned to his students and asked them to start reciting psalms. He also said that anyone who is qualified to partake in the IDF humanitarian mission should do so.

When the students asked why he was going out of his way to help complete strangers who have no affiliation with the State of Israel and its people, he answered with bewilderment that they had a moral obligation to do so and that he considered it a mitzvah on many levels: as a human being, as a Jew and as an Israeli. If this is how we are to act when the victims are not part of our fold, we are obviously duty-bound to act when they are.

Saving lives costs a lot. But the State of Israel has always been cognizant of this, knowing full well that the value of life is priceless. Money comes and goes, but human life, any human, has no substitute. Yes, being economical is a virtue, but we must not let our concern for the lives of others be part of this equation.

Light in the Strangest of Places
Chukat 5782: Let’s Play the Blame Game!
The Sin of Moses: The Two Ways to Communicate
In Aftermath of Chicago’s July 4th Shooting, Local Moms Provide Countless Points of Light
Comments
MOST POPULAR IN Israel
Our privacy policy