Before You Die, Your Life's Movie 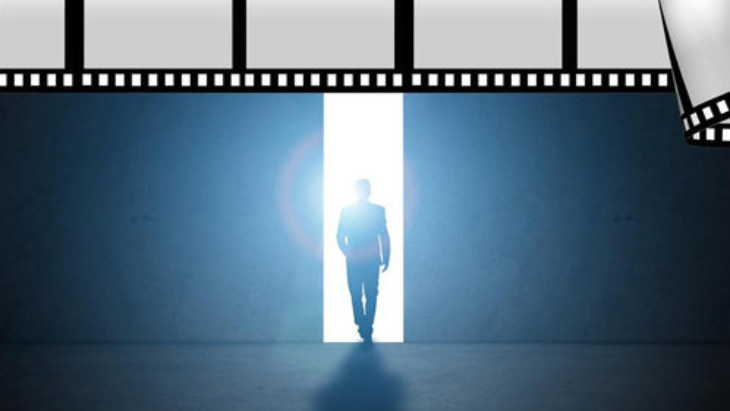 What happens to us when we die? Is death the end or a new beginning? In the twenty-first century we still can only rely on faith rather than scientific findings to give us insight into the final end of our journey here on earth.

But a fascinating new Israeli study may reveal part of the puzzle. Conducted by researchers from Jerusalem’s Hadassah University and published in the journal Consciousness and Cognition, the study mirrors details that we have received by way of Jewish mystical tradition.

Elizabeth Kubler Ross, who dedicated her life to studying death and the dying, wrote that in her many years of being present at the moment when life slipped away what most moved her was the sight of the sudden serenity and peacefulness that invariably accompanied the passage from one state to another. She has chosen to describe death as "breaking out of a cocoon and emerging as a butterfly." Our bodies during life represent physical limitations. Without them we are for the first time able to soar to heights previously unattainable.

While Kabbalah, Jewish mysticism, filled in some of the gaps in our knowledge with esoteric descriptions of death and the afterlife, mankind struggled with the mystery of death without benefit of personal testimony from any of its victims. No matter how much we wanted to pierce the veil of secrecy that blocks our view of the beyond, we recognized our human limitations. Death is a one-way trip that doesn't allow for a return visit to earth to reveal its secrets to the living. Even if we accept the idea of survival in another form after our bodies cease to function, we've been stymied by the lack of any real evidence simply because the dead cannot speak.

But in the last half a century something dramatically new has been added to the equation. While there are many who still dismiss it as unverifiable, life after life is slowly gaining ground even among those who've never identified themselves as particularly religious or spiritual. There have been countless cases of testimony from people who have died and been brought back to talk about it, thanks to breakthroughs in increasingly sophisticated resuscitation techniques.

Professionals who have done groundbreaking work in the field, such as Elizabeth Kubler Ross and Raymond Moody, have come up with the name NDE – "near death experience" – to describe the phenomenon.

We may argue - and many have - that anyone now alive by definition really didn't die. But what allows us to think of those who have gone through this experience as having been closer to "the other side" then to what we call life is the fact that they were clinically dead. Their brains didn't show even a flicker of activity. Their hearts had stopped beating. There was no way for sensations to register, for sights to be recorded, and for sounds to be heard. And yet these people were able to "recall" what happened in the rooms in which their bodies rested, to describe who came and went after they heard themselves pronounced dead, and even to repeat conversations that took place in the presence of their "dead" bodies in minute and accurate detail.

With which part of their nonfunctioning brains did they remember, and how could they possibly see and hear? Their physical bodies were no longer capable of performing these tasks. Small wonder that almost everyone who went through an NDE experience, whether they initially were believers, diehard skeptics, agnostics or atheists, came to an unshakable belief in the existence of a nonphysical soul that survives the death of the body.

Death is accompanied by an all-important life review which gives us a full perspective about the life we lived.

Rabbi Hayim David HaLevi, prominent Sephardic former chief Rabbi of Tel Aviv, in his classic masterwork Assey L’cha Rav, wrote a lengthy comparison between traditional Jewish belief as found in Talmud, midrash, and Kabbalistic works to the more recent reports of NDE experiences. In his eyes, there’s profound significance to the secular world’s awakening to a most powerful spiritual truth – the existence of the soul whose continued existence cannot be negated with the passing of its corporeal body.

And now another part of the story is being uncovered. Jewish mysticism also taught that death is accompanied by an all-important life review. As we approach a non-terrestrial existence, we are permitted a flashback which finally allows us to gain a full perspective on both our sins as well as our achievements, our failings as well as our accomplishments. Before we leave this earth we are given the opportunity to reflect upon the meaning of our past lives and the legacy we pass on to those we leave behind.

People saw their past lives as if watching a movie, but the order of events they recalled did not follow chronology. As one participant put it:

‘‘There is not a linear progression, there is lack of time limits… It was like being there for centuries. I was not in time/space so this question also feels impossible to answer. A moment, and a thousand years… both and neither. It all happened at once, or some experiences within my near-death experience were going on at the same time as others, though my human mind separates them into different events.”

Profound empathy for people with whom they shared significant moments during their lives was also recorded by almost all of the participants in the LRE research. A common element of LREs was the inclusion of deeply emotional experiences from the perspective of others close to them. Here’s what one participant had to say: ‘‘I could individually go into each person and I could feel the pain that they had in their life … I was allowed to see that part of them and feel for myself what they felt.”

Another one: “I was seeing, feeling these things about him [my father], and he was sharing with me the things of his early childhood and how things were difficult for him.”

Perhaps the most significant conclusion was that “all interviewees in the study said after their LRE, they had experienced a major change in perspective regarding significant people in their lives or important life events.”

The researchers who reported their findings chose not to assess them from a spiritual perspective nor to link them to age-old rabbinic insights into the soul as well as the religious explanations for our final journey. Scientists hesitate to make science subservient to traditional belief. Instead they tried to offer other explanations for their findings – how the prefrontal, medial temporal, or parietal cortices, all “happen to be particularly vulnerable to hypoxia and blood loss resulting from traumatic near-death experiences.”

Of course that is possible. Far more probable to my mind though is what the wisdom of our tradition understood for thousands of years. Death, as the Rabbi of Kotzk put it, is “nothing more than moving from one room to another, from a comparative hovel to a magnificent domicile in heaven.” And as a final courtesy, before we leave for that trip God allows us a look back, to see the movie of our lifetime.

We may then be filled either with regret or with joy. To know that in advance is perhaps the greatest inspiration to lead a life filled with meaning and purpose.

The Meaning of Dr. Seuss’s Thidwick The Big-Hearted Moose

The Mystical Power of Hebrew Letters

Judaism and the Multiverse