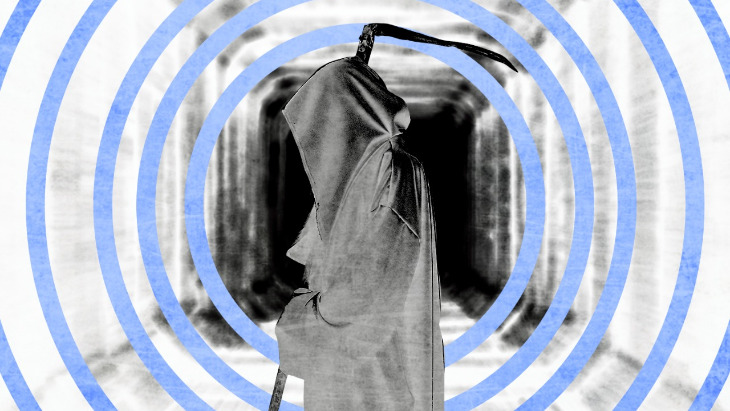 Your days are numbered, but it’s not the end.

On some level of awareness we all know that our days are numbered. How to cope with that recognition is perhaps the greatest challenge of life.

For some, acknowledging mortality is liberating. Chris Allen’s hit song lyric suggests that “I wish you can live life like you know you’re dying.” For others, fear of the unknown is debilitating and cause for depression. Knowing that death awaits us negates hope for the future and destroys the capacity for happiness.

I believe that understanding more about death can help us live better. Judaism, by way of profound insights from the Torah as well as its mystical Kabbalistic tradition, grants us some amazing answers to what awaits us at the end of our earthly journey.

Here are five surprising ideas about death which have been part of Jewish wisdom for millennia:

1. Death is not the end of our existence

Going back to creation, the Torah describes that Adam was formed from the dust of the earth as well as from the breath of God’s spirit. We are a combination of body and soul. It is the soul which defines us as being created “in the image of God.”

There is a part of us that is eternal and outlives our mortal bodies. It’s the part that makes us unique and represents our essence. The Book of Ecclesiastes sums it up best: "And the dust returns to the earth as it was, and the spirit returns to God who gave it" (12:7).

People have asked me, “Does Judaism believe in life after death?” The answer is a resounding yes. In fact it is one of the fundamental principles of our faith.

2. At the moment of death we get a glimpse of God

When Moses asked God, “Show me please your glory” (Exodus 33:18), God responded, “You cannot see my face, for man shall not see me and live” (Ibid: 20). The living cannot see God. The implication is powerful: with death however comes a vision of the Divine.

That is the reason behind the custom of immediately closing the eyes of the dead. Eyes which have perceived the glory of heaven dare no longer be exposed to the harsh reality of this world.

God’s opening words of creation were “Let there be light.” Yet the sun was not created until the fourth day. The sages explain that this was the light created for the world to come.

I have been present many times at the very moment when people expired. In almost every case it appeared clear that the dying suddenly saw a beautiful and comforting vision surrounded by light.

Remarkably, Mona Simpson, sister of Steve Jobs, in her eulogy for her famous brother, reported seeing that very scene. “Steve’s final words were monosyllables, repeated three times. Before embarking, he looked at his sister Patty, then for a long time at his children, then at his life’s partner, Laurine, and then over their shoulders past them. Steve’s final words were: “Oh wow. Oh wow. Oh wow.”

What he saw apparently overwhelmed him with its beauty. He could only respond to it with a three times repeated exclamation of amazement. Jewish tradition assures us we too, at the moment of death, will have this kind of revelation.

3. The dead know what is happening around them

Jewish sources tell us what happens to us immediately after death. Although much is hidden from us and remain only in the mystical teachings of Kabbalah ideally reserved for those spiritually ready for its profound messages – not to be revealed publicly but only transmitted orally from teacher to student of sufficient knowledge and wisdom, some truths are so important that they found their way into the Talmud.

One of them appears in a Mishnah of the section known as Ethics of the Fathers:

“Rabbi Yaakov says: this world is like a hallway before the world to come. Fix yourself in the hallway so that you may enter the drawing room” (Ethics of the Fathers, 4:16).

The analogy of a hallway is very striking. A hallway is but the entrance to the main domicile. Our lives on earth are the first stage of a more glorious existence.

As the Mishna says, “And one hour of pleasure in the world to come is better than all the time in this world” (Ibid.: 17).

Here on earth we seek happiness. Our pleasures are transitory; our joy is limited by our physical being. Once we pass through the hallway of our lives in a manner that makes us worthy of the rewards of heaven we are aware of our own selves, of our surroundings which make our earthly “hallway” pale in comparison, and of the true meaning of happiness transcending all that we experienced during our lifetimes.

Jewish law goes a step further. Because our soul, our real self, moves from one domain to another, we leave this world slowly, forsaking our bodies in stages.

Those tending the deceased are not permitted to eat in their presence. It would be a form of “mocking” the dead by doing something they can no longer do – and they would know it. And we must be careful of what we say in their presence – because they can still “hear it.”

That is also why the dead should never be left alone – because the soul hovers near the body shortly after its initial separation and it is aware of the love and respect shown to its vessel, the body.

Judaism also emphasizes that eulogies require special care with their remarks, not just because inappropriate statements and untrue observations might offend friends or family, but because one of the listeners is none other than the deceased as well!

The Talmud says: “Akavia ben Mahalalel says: Pay careful attention to three things and you will not come to sin: know from where you came, to where you are going, and before whom you are destined to give a final account and a reckoning” (Ethics of the Fathers 3:1).

More fascinating is that the Talmud actually reveals the questions we will all be asked in our “final exam.”

So not only do we know that one hour of pleasure in the world to come is better than all the time in this world, but we are also told what’s required of us in order to attain its blessings. What a remarkable and kind divine gift to give us the questions to our final exam in advance. And what great advice for living a life of fulfillment which finds favor in the eyes of God and of our fellow human beings.

5. The real reason to cry about death

Why then, in Jewish thought, should people weep when they take leave of this earth? Why cry if we believe we are moving to a better location?

One of the sages of the Talmud, Rabbi Yehuda, explained it to his students on his deathbed. “If you want to know why I am crying, it is only because of the Torah and the meritorious deeds that I will no longer be able to perform.” Death deprives us of the ability to continue to serve God and to accomplish acts of kindness. Life presents us with opportunities for personal growth; death brings to a close our ability to achieve our fullest potential.

A Hasidic story with a supposedly “inside look” at what happens upstairs after death metaphorically makes the point clearly:

A very rich but miserly man passed away and was standing in line waiting to hear his final judgment. As he watched the procedure with those in line before him, he became far less fearful. He noticed that reported acts of charity had tremendous influence on the divine decree; gifts given during one’s lifetime would outweigh many sins. And so when it was his turn to stand before the heavenly judge, he said: “It’s true I may not have done all I should while I was on earth, but permit me to take out my checkbook and write out very large sums for any worthy institutions you recommend.”

To which the judge replied, “Here we do not accept checks. We only accept receipts.”

These are some of the profound insights which can replace fear with hope as we contemplate the reality we know is the eventual fate of all mankind.

The Jewish Approach to Life after Death

Does Judaism Believe in Reincarnation?

Big Families: Desired or Undesirable?
It Takes A Lot Of Faith To Be An Atheist
How Instagram Brought Back This Nostalgic Soup
What Makes Eli Run?
Comments
MOST POPULAR IN Lifecycle
Our privacy policy