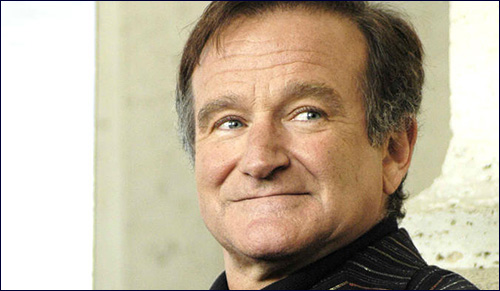 A Jewish perspective on the tragedy of suicide.

People around the world are expressing shock and sadness over the death of Robin Williams who took his own life after many years of battling addiction and depression.

In Jewish tradition, suicide is a severe sin. In a sense, it is akin to murder. Life is a gift from God and only He has the right to take it away.

The body belongs to the Almighty, and no one is permitted to harm, jeopardize or destroy His property.

Jewish law decrees that the body belongs to the Almighty, and no one is permitted to harm, jeopardize or destroy His property. In the words of Genesis 9:5, “I will surely require an accounting for your life-blood,” and the sages make clear this includes a suicide.

Which is why the Jewish response to suicide is at first sight so harsh. Indeed, the standard Code of Jewish Law, the Shulchan Aruch, stipulates that the normal rites of mourning are not to be observed for a suicide, nor is there even allowed for a eulogy to be given.

And yet, when someone just asked me, “As an Orthodox Rabbi, would you have performed a traditional funeral and delivered a eulogy for Robin Williams if he were Jewish?” I gave an unqualified affirmative answer.

Why? Because even as Jewish law expresses its categorical contempt for suicide as a viable option it makes clear its empathy for those acting under the kinds of compulsion brought on by depression and other forms of mental illness.

The only one for whom suicide is to be regarded as a grave sin is “someone with full knowledge of his actions.” That, rabbinic authorities have agreed, is a standard from which almost all suicides are to be judged as falling short. Rabbi Yechiel Epstein, in his classic work the Arukh HaShulchan (Yoreh De’ah 345:5) states, “This is the general principle in connection with suicide: we find any excuse we can and say he acted thus because he was in terror or great pain, or his mind was unbalanced, or he imagined it was right to do what he did because he feared that if he lived he would commit a crime…It is extremely unlikely that a person would commit such an act of folly unless his mind were disturbed.”

Jewish law found a beautiful balance between abhorrence of an act before it is committed and compassion for the victims of self-destruction in the aftermath of its tragedy.

Not Yours to Take

Jewish law found a beautiful balance between abhorrence of an act before it is committed and compassion for the victims of self-destruction in the aftermath of its tragedy.

The mindset of every Jew was always meant to be that no matter his difficulties, his own life was not his to take. The story of Rabbi Hananiah ben Teradyon, whose death is recorded in the Talmud, served as an extreme example. When the Romans wrapped him in a Torah scroll and set fire to it, the rabbi’s pupils urged him to open his mouth, inhale the fire and hasten his death. He replied, “He who put the soul in the body is the One to remove it; no human may destroy himself!”

In The Echo of the Nazi Holocaust in Rabbinic Literature, Rabbi H.J. Zimmels writes of two opposing emotions amongst European Jews at the time of the Holocaust – pessimism and despair leading to suicide, and optimism and hope leading to a strong will to survive. One would certainly have imagined that the former would have outweighed the latter. Yet it was not so. Historians have been amazed by the strikingly small percentages of suicides by Jews in the very worst of situations.

But that never meant that there were not moments when individuals believed that death was their better choice and voluntarily ended their lives. For them we shed tears, and in most instances try to find vindication, if not justification. King Saul fell on his sword when the Philistines were about to capture and kill him. On his behalf the rabbis pleaded that a king of Israel is entitled to defend the dignity of the royal office and so his suicide could be forgiven as an attempt to prevent a greater desecration of God’s name through an ignominious and tortured death perpetrated by enemies.

For those who know the severity of depression as well as the super human strength required to overcome it, we ought to show great respect to those who persist in choosing life - and find in our hearts forgiveness and understanding for those overcome by mental illness who left us too soon but whose achievements and good deeds will nonetheless never be forgotten.

That is why, Robin Williams, I treasure the laughter you gave me for so many years and I pray that your soul at long last finds the peace and serenity it did not attain here on earth.

If you are struggling with depression or suicidal thoughts, please seek help.

Big Families: Desired or Undesirable?
Olivia Newton John’s Grandfather was a Nobel-Prize Winning Jewish Physicist
Don’t Believe in Other Gods Versus God is One
Seeing Without Eyes
Comments
MOST POPULAR IN Lifecycle
Our privacy policy
Aish.com Is Looking for Great Writers