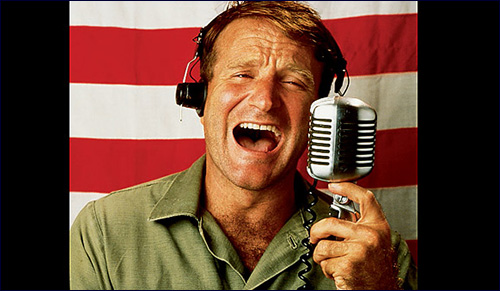 We never really knew him.

Like many others, I was terribly upset to learn of the untimely passing of Robin Williams, who took his own life after apparently battling psychiatric illness, depression and addiction for many years. The man who made so many others so happy was in fact himself so incredibly sad.

There are many lessons to learn from his tragic death. Discovering the depth of Williams’ depression and the devastating, irreversible impact it ultimately had on his life has provoked an interest from the public in learning more about mental illness and its treatment. Some have been espousing the mistaken, ignorant and even cruel notion that a clinically depressed person’s suicide could have been avoided if he only tried harder, cared more, or recognized how much it would hurt the surviving family.

Clinical depression is not a mood that one can snap out of.

But clinical depression is not a mood that one can snap out of, it is not a feeling that one can adjust, and it is not an emotion that one can regulate. It is a chemical condition and requires treatment, support, empathy, and patience like any other ailment or illness. Jewish law itself acknowledges that the mentally unhealthy person is struggling not only with their mood depressed, but also with their free will to an extent suppressed. Though technically a person who commits suicide is forbidden from being buried in a Jewish cemetery, practically we allow it by explaining the suicide as the result of mental pain, anguish and disturbance, rather than an objective choice made in good health.

We certainly need to do more in our communities to learn about depression, addiction and mental illness and to create a stigma-free environment where those struggling can reach out for help and support without fear of the consequences for their reputation or that of their family.

There is another powerful lesson that strikes me as I reflect on feeling surprised and unexpectedly deeply sad in learning of Robin Williams’ death. We live and operate in a culture that invites and promotes being overly invested in the lives and personalities of celebrities, athletes, politicians, and public figures. We think we know them and even identify with some of them. But the truth is, we neither know nor identify with them as much as the idea of them, the roles they play and the limited part of their lives we are allowed into.

I thought I “knew” Robin Williams because when I was a teenager he made me laugh and as a young adult some of the characters he played touched me and provoked meaningful thought and conversations. I appreciated his self-bestowed honorary Jewish status, respected his kind personality and saw him as a mensch.

But we now know that we never really knew Robin Williams. We admired his talents, treasured his artistic contributions, and liked what we were allowed to see of him. But we didn’t actually know him and we don’t truly know any of the actors, athletes or public personalities whose lives we follow too closely and whose opinions on things they have no expertise about, like Israel, we care way too much about.

Robin Williams’ death is an awakening to the fact that all we know is the persona (Latin word for mask) public personalities don, but we don’t know the real them, and never will. We should save our being invested in, and caring about, people we truly know and with whom we build actual and personal relationships.

The truth is, even some of those we appropriately are invested in wear costumes each day. Many of those around us including co-workers, acquaintances, and neighbors, and even loved ones and dear friends wear the mask of happiness, and seem put-together and functional on the outside while they are battling loneliness, sadness, or perhaps addiction or depression on the inside.

“Be kind, for everyone you meet is fighting a hard battle.”

Ethics of the Fathers (2:4) quotes Hillel who said: “Do not judge another until you have stood in his place.” Since it is impossible to stand in another person’s place, to be them, to have their baggage or to live their struggles, we can never judge another. Instead, we should be kind, sensitive, supportive and understanding of everyone around us.

Ian Maclaren, a 19th century Scottish author and Theologian said it well: “Be kind, for everyone you meet is fighting a hard battle.”

Robin Williams’ death is indeed terribly sad. Let us at least use it to be motivated to recognize that we often don’t know what is happening under the mask, and therefore we must always be as supportive, kind, and understanding as we can be to all with whom we come in contact.