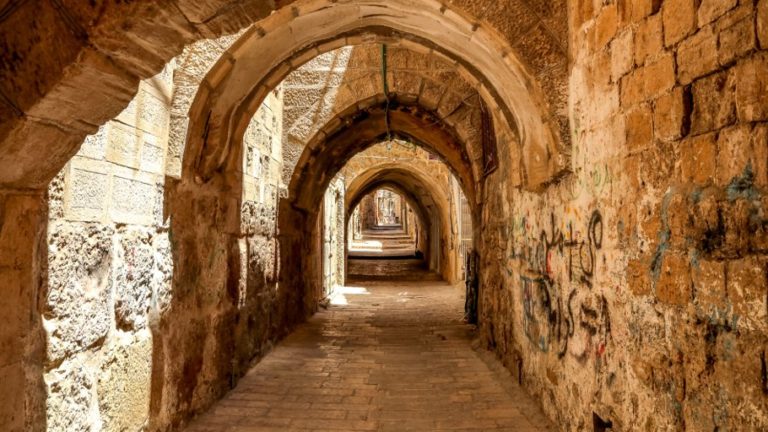 The Old City. The history. The immigrants. The angry taxi drivers. I love it all.

In honor of Yom Yerushalayim, Jerusalem day, I will take you to my favorite spots in Jerusalem. The new city. The Old City. The history. The immigrants. The angry taxi drivers. I love it all.

I love shopping where prices are shouted out loud. There is no greater feeling than the retailer demanding that I buy. I visit America, I am thinking too much, wasting my time. In the Shuk market, they scream at me, I am scared, I buy it, I am back home in no time.

Any nut spot. Open nut stands. I am taking that stuff for free. If you don’t ask, it’s free. Nothing like the huge peanuts and sunflower seeds. Israel has mastered making sunflower seeds that are easily popped out. The greatest part of all is that you can spit them out anywhere in the Shuk.

The streets are thriving. Jewish book stores are everywhere. I didn’t know so much Judaica could exist. Growing up in Rochester, I thought the glass showcase at the shul was all the Judaica that existed in the world. I didn’t know that there was anything more to Jewish art than a Mezuzah in Claymation form.

In Meah Shearim you can feel the excitement, the constant movement of people running to find chulent. Chulent twenty-four hours a day. In Meah Shearim it’s Shabbos all week.

Better than Pizza Hut, this place is in an ultra-Orthodox neighborhood and they have an ultra-Orthodox Pizza sauce. That’s right, it’s a pizza dunking sauce that adds all of the flavor and makes you believe in God. To change kosher pizza into something that tastes this good is a miracle. Also, separate seating, so I don’t have to worry about spilling the sauce on myself. Amazing.

Jerusalem is about tradition and nothing saying keeping things the way they were to me than Jerusalem’s central bus station because they have not cleaned it since 1998. Also, it’s the safest place in the city, so safe that the extra security will ensure that you miss your bus.

I love the new tram and any form of transportation I don’t have to pay for, if I don’t get caught.

A miracle just to sit in such a classy lobby with so much history and alley cats.

I love eating sunflower seeds, sitting with my Israeli friends, and singing ‘Mashiach Mashiach Mashiach’ while cursing out the other team. After the Shuk, this is the only other place in the city where people don’t get mad at me for spitting my seeds on the ground.

This is a huge monster slide, with three tongues, that children love. Why? Because the tongues are slides and there are three tongues. What is not to love? It is like an amusement park for poor people.

I love the name. The sovereignty it claims over its pita. The Shwarma Sultan, King Kabob, I love restaurants that claim dictatorship. It is only 10 shekels or so for a falafel, as low prices is how you control the commoners.

It is beautiful to see all the different devout people of all the religions getting along, thanks to the security cameras.

History at your fingers, you can actually tell the centuries that the walls were built by the lines in the bricks on the bottom of houses. Those lines also represent Rami's growth over the course of his childhood.

Another communal experience, when they stop before my stop and pick up another passenger that I don’t know.

Located in the area of the ancient Roman market, the Cardo, I can still find storekeepers who keep to the ancient tradition of not marking prices on the items. This allows me to connect with times before supermarkets, when you were able to bargain for produce and pay more.

I love tiny darbuka hand drums. I also love the little guitars they sell, supporting tiny bands. I love the guy who calls me “My Friend,” even though we never met and I am pretty sure he doesn’t like me.

In 1267, Rabbi Moshe Ben Nachman came to Jerusalem and built a shul, and it is still there. Now, the most prominent piece of architecture in the Jewish Quarter’s square, is the Ramban shul, recently repaired to look like it did hundreds of years ago, with LED lights shining on the glass. Also I don’t think in the Ramban’s era they had security cameras. Just saying.

Before entering the Old City’s Jaffa Gate, to your right, you can see the Mamilla Mall, where you can find Israeli stores like Tommy Hilfiger. You can also shop at Israel’s very own The Gap, Adidas, and 'Ha'North Face. Being that the Old City needed more historical relics, you can also visit the Crocs store. Crocs are so 1990s.

Finally, perhaps my favorite spot is the Kotel, or Western Wall, a place where I can write notes to God, as I have hard times expressing myself verbally. I got so into Kotel living, I started caulking my bathtub with little bits of paper.

The truth is, I love anywhere in Jerusalem – Happy Jerusalem Day.

Funny Business
The Blue Beyond
Great Place to Live
Is Eating Supposed To Be Spiritual?
Comments
MOST POPULAR IN Jewlarious
Our privacy policy