My 18 Days of Waiting 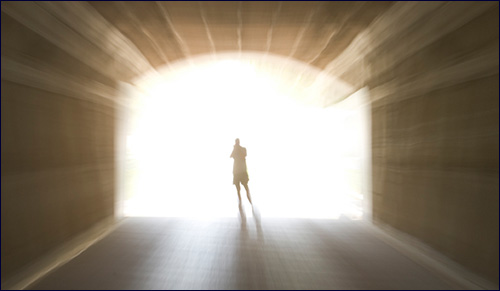 My story is different, but I relate to the horror the three families experienced not knowing if your child will survive.

Eighteen days is a long time to wait for the verdict of life or death. Although my 18-day ordeal cannot compare to the horror of a kidnapping, I am familiar with the waiting game. My daughter, Shani, spent 18 days in a coma when she was 16, and I dwelled in that twilight zone of waiting for my child to come back. Thankfully I knew where she was and that the people surrounding her were competent and kind, so unlike the three boys who were kidnapped and murdered by monsters.

But I understand something about waiting for answers to “How long will this go on?” “If she does come back, what condition will she be in?” and “Why is this happening? And why to us?”

Shani was on her way to a babysitting job and I was taking my youngest daughter to a school fair. She had run ahead of us so she wouldn’t be late. Two minutes later we came upon her dying in the road. She was having Sudden Cardiac Arrest.

Hatzala arrived quickly and my husband spent the next 45 minutes sitting on the curb sobbing into his Psalms. I paced back and forth repeating “Please Hashem, please! Save her or take her but don’t leave her half-alive.” I didn’t think I could bear for her to be in a vegetative state. Such an ugly term for a human being. And how utterly forlorn to be caught between this world and the next.

The hours spent at her bedside went on and on. I prayed and cried daily with such intensity it left me completely depleted. I understood for the first time how prayer really is spiritual work. With my own shattered heart I beseeched God to save the heart of my daughter.

She did not wake up as predicted and a new horror rolled over me.

She was the baby of the Cardiac Unit. She was lying among people four times her age, sedated and on a respirator. It was horrendous to watch this machine do her breathing. We were fighting a fierce battle. If we could force her to breathe we could keep her soul from fleeing.

When she was taken off the respirator after a few days and the sedatives wore off, nothing happened. She did not wake up as predicted. The minutes passed and she did not come around. A new horror rolled over me, a new wave of terror and disbelief. I began screaming her name, yelling at her to wake up until one of my sons told me “Ima, stop. Stop.” I was engulfed in the incomprehensibility of my child lost in some other dimension.

As the days and nights passed, I wasn’t always spiritually gracious. After a few days the hurt settled in like a deep splinter and the devil in my mind began to seethe and fester. This is all your fault. Why weren’t you a better mother? You don’t deserve to be happy. She will be in this coma forever… I knew I might not survive if I did not grab hold of my faith from the quicksand of my imagination. After so many years of working on my belief in the oneness and goodness of God, now was the time to demonstrate all that I had learned.

I told God that I was hurt, confused and angry. I told Him I was frightened and suffering at the sight of my pretty teenage daughter in such a terrible state. It was creepy to have her staring right through me. She was somewhat conscious, in an “open-eyed coma” with the appearance of someone awake yet she was completely disconnected. She moved restlessly, often trying to climb over the rails and out of the bed, yet unable to see anything and seemingly deaf to our voices.

When I watched the mothers of Eyal, Naftali and Gilad, their beautiful faces etched in pain, I could only bow my head in awe of their composure and poise in the public eye. Despite their internal agony, they behaved regally as befits daughters of the King.

While not in their league, I tried to do the same. For 18 days I got out of bed in the morning, dressed nicely, put on make-up and brought treats for the nurses. I always thanked them before I left for the night and waved good-bye, with a smile.

Like the three holy mothers of Eyal, Gilad and Naftali, I was surrounded by love and support. I remember sitting in the cafeteria of Hadassah hospital, with a tableful of close friends. One was Chaya Malka Abramson, the author of Who By Fire, who had survived a terrible fire and despite severe burns managed to re-enter her apartment again and again to save her children and grandmother.

Another good friend had lost a sister, who died leaving four young children. Another friend there with us had lost a young son in a tragic accident. Another friend had a severely disabled child. And yet another friend was a cancer survivor. All of these women were God-fearing and kind. And all of them had gone on with their lives, working at their jobs, raising families, living a Torah life.

As we drank our coffee I realized that although we weren’t eating Wheeties, I was having the Breakfast of Champions. I was here in the Spiritual Olympics and my friends were trained athletes, sleek and powerful in their humility and faith in God.

It wasn’t a club I wanted to be part of but it was an honor to claim these women as my friends. Their message to me was, “We will be with you in whatever may come. And you will survive.”

Life is a Test

This wasn’t my first big test. Many years before this happened I had lost an 8-month old son. He died on the first day of the Hebrew month of Elul, the day that all religious boys go back to Yeshiva. I had comforted myself by imaging that my baby son had also returned to the Heavenly Yeshiva, learning with the greatest teacher of all. I am certain that he was among all the other souls in Heaven that greeted our three holy boys with the divine reception bestowed on those who have perished al Kiddush Hashem, sanctifying God’s Name.

Shani walked to me shakily as I came through the door of her unit. “Hi Ima,” she said hoarsely.

On the 18th day Shani came out of her coma. It happened on Shabbat. My daughter Sarah called me right after Havdalah to tell me that Shani had woken up. We raced to over to the hospital and Shani walked to me shakily as I came through the door of her unit. I had not heard her voice for nearly three weeks. She said hoarsely “Hi Ima,” and we hugged while the nurses wept. These Jewish nurses were as happy as if she was theirs. This is one manifestation of God’s love for the Jewish people-demonstrated in the way we love each other when the life of a Jewish child is at stake, as witnessed by the thousands of prayers and good deeds offered on the three boys’ behalf.

It has been over eight years since Shani’s heart attack. She has spent many years in recovery and has healed beyond all medical predictions. She is a miracle walking. I try to think of her as “new and improved” according to God’s view of things. And I know He holds the reason and I know He has a plan.

I wish with all my heart that the three mothers, Rachel Devorah, Bat Galim and Iris Tesurah, were able to gaze upon their children the way I gaze at my “returned” child. We all struggle to accept that God knows more than we do and that “His thoughts are not our thoughts…”

God-willing my husband and I will walk Shani to the chuppah before too long. And God-willing she will be a mother herself, who will raise children who are believers, sons of believers. 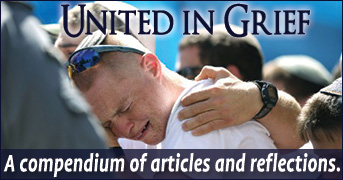 Yehudit Channen is a writer/editor  for different publications and a madricha at Melabev, a day care center for memory-impaired elderly. She lives in Ramat Beit Shemesh with her husband and children and is blessed to have many grandchildren living close by.

How Faith and Radical Optimism Restored My Mind, Body and Soul

The Guru and the Hasid

Holy Fire
Should I Break Up, Get Engaged or Keep Dating?
Time Is Your Precious Commodity
A Constant World in Flux
Comments
MOST POPULAR IN Spirituality
Our privacy policy