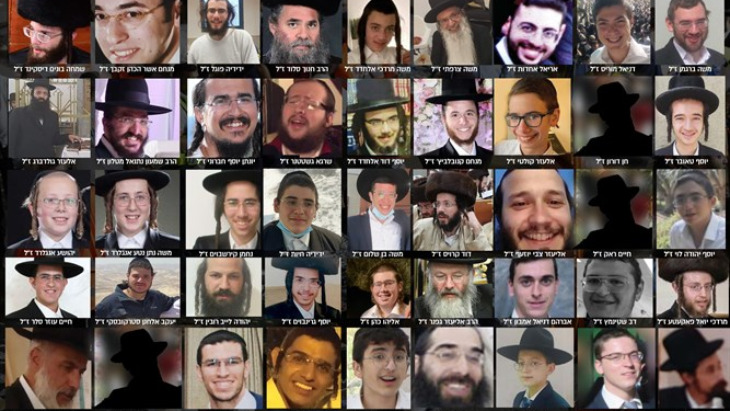 Tragedy is not to be dealt with by blaming others, but rather by doing our own personal soul searching.

Forty-something hours later and it's still not possible to digest.

Lag Ba’Omer commemorates the passing of Rabbi Shimon bar Yochai, the Mishnaic scholar and author of The Zohar, the source book of Torah mysticism. On the day of Rabbi Shimon’s passing, the Jewish nation celebrates our endless potential of understanding beyond where logic can take us, and our ability to elevate ourselves and connect with the infinite source of all existence, The Creator.

In Israel where Rabbi Shimon is buried, tradition marks the day with bonfires and song, telling of the greatness of Rabbi Shimon. At his tomb in Meron, hundreds of thousands of Jews come to pray, to sing and dance around bonfires, and to connect with The Creator and with their fellow Jews.

Unquestionably, the most beautiful aspect of the Lag Ba’Omer celebrations in Meron is the way Jews of every flavor come to celebrate together. Nothing warms the heart more than joining in a circle to dance with Jews of every ethnic origin and every Jewish affiliation. Not to mention the abundance of free food and drink provided by Jewish organizations and individuals from around the globe. It is perhaps the most vivid expression of that unspoken awareness that at the core we are all one and the same, and despite our ideological and cultural differences there is a deep love we all have for one another.

May the Almighty soothe our pain and may the Jewish nation united in grief remain united forever.

And that is what makes the tragedy so much more painful. How could this most pronounced festival of Jewish unity be marred by our inadvertently crushing one another to death?

Tradition has taught us that tragedy is not to be dealt with by blaming others, but rather by doing our own personal soul searching.

Yes, those who were trusted with the responsibility for the safety of the tens of thousands will have their performance investigated. But for the rest of us, the question of what went wrong must send us thinking about the sincerity of the love for one another that we were exhibiting. Do we perhaps crush one another with our statements and actions without considering the consequences?

For the families of the victims and for the young and old that were seriously hurt, life will never be the same. Let us all be sure that we not return to daily life as if nothing happened. We must internalize the destruction we are capable of causing, and teach ourselves to disagree when necessary but never to feel or express hatred.

May the Almighty soothe our pain and spare us from all tragedy in the future. And may the Jewish nation united in grief remain united forever.

More on the Meron Tragedy:

The Murder of Nick Berg

Climb for Life: Spartan Race for Teens with Physical Challenges

Flowers and Judaism: 8 Facts
It Takes A Lot Of Faith To Be An Atheist
How Instagram Brought Back This Nostalgic Soup
What Makes Eli Run?
Comments